Last week, September 10, 2013, I attended the “Health System Shapers Roundtable Discussion” for NGOs and private research institutes, held at the DOH. The Health Shapers forum is held for various sectors, like the private hospitals, drugstores/pharmacies and pharmacists, patient groups, drug manufacturers, and so on. The event is jointly sponsored by the Universal Health Care (UHC) Study Group, the AIM Zuellig Center for Asian Business Transformation (AIM-ZCABT) and the DOH. 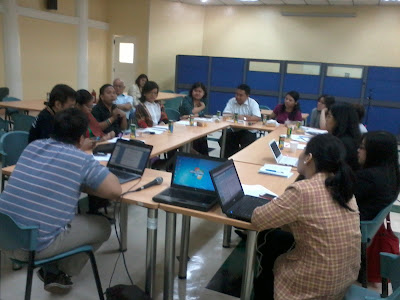 Dr. Ivanhoe Escartin, Director of the National Center for Health Promotion, DOH, gave the welcome remarks. Dr. Ramon Paterno of the UHC Study Group and of UP College of Medicine was the moderator. He showed an audiovisual (AV) primer on the Philippine Health System and UHC, and a video on “Sa Ilalim ng Tulay”, a story of one of the families who live under the bridge, have a sickly family member, family head works as pedicab driver. Then the free wheeling discussion started. 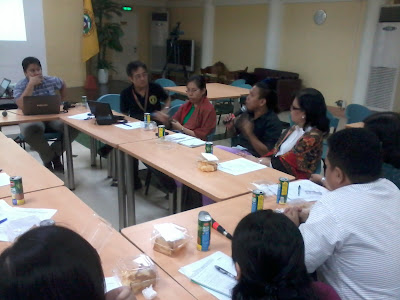 I started a comment on Dr. Paterno’s AV presentation where one chart showed that the total wealth of Henry Sy and family of $12 billion in 2011 or 2012 over  total health expenditures (THE, combined public and private spending on HC) of the Philippines in 2011 was about close to 100%, I forget the result. I said that the comparison is wrong. The numerator is accumulated wealth of the Sy family over five or six decades while the denominator is THE for only one year. If we want a more realistic comparison, the denominator should be THE over the past five or six years too, adjusted for inflation.

The second comment I made was on the usual “Health is a right” argument as it is explicitly stated in the Philippine Constitution, in the WHO charter where the Philippine government is a signatory, and in various UN and WHO gatherings. I said that while I agree that health is a right, people and policy makers should also remember that health is a responsibility. For every right, there should be a responsibility for people, otherwise people can abuse their body or live in dirty places and invite many forms of diseases, then demand that “health is a right.” 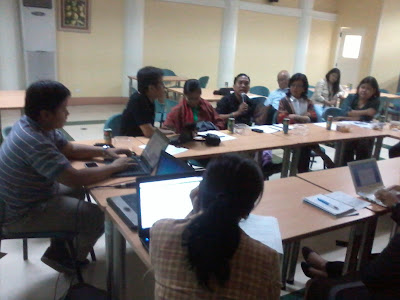 There were many other NGO leaders-participants who shared their ideas and experiences, and the “health is a responsibility” subject was expanded as many participants agreed with the formulation. Like the lady from the League of Corporate Foundations. She said that they have a project in three barangays in Nueva Ecija, to monitor and control non-communicable diseases (NCDs), hypertension and diabetis in particular.

They put up a clinic with full time health staff in the middle of the 3 barangays. With the help of the barangay leaders, they identified 100 beneficiaries per barangay, total of 300 people. These people will get free consultation and health monitoring, free maintenance drugs, the League is spending about P100,000 a month just to maintain this facility.

At the start, compliance was high, all the 300 beneficiaries were showing up. Later on, drop out rate in two barangays was rising, meaning less and less people are coming for their regular check up and health monitoring. The League staff learned that the barangay leaders were bringing the beneficiaries to the clinic on their barangay vehicles. After a few months, two barangays stopped doing this due to costs involved. The people-beneficiaries also did not want to pay on their own to go to the clinic. Only one barangay kept this arrangement for their residents.

Even if there is free healthcare, “health is a right” coming from a private entity and not from government, some people do not believe that “health is a responsibility”.

Doc Ernie Domingo of the UHC Study Group and a Ramon Magsaysay (RM) awardee also joined in and said that emphasizing individual responsibility in healthcare promotion should be included in the design of UHC.

Cecile Sison of MeTA Philippines and fellow CHAT member also observed that for many people, health is not a priority compared to food and housing, that unless their disease is already in a serious stage, they will endure it or try non-formal HC system.

Doc Paterno added that from what he heard, even some Gawad Kalinga (GK) beneficiaries, poor families, were selling their house after sometime and become squatters or informal settlers elsewhere. Perhaps waiting that another round of free housing will be given them soon.

I am glad that many NGO leaders realize the need to couple right and responsibility in healthcare, and even in all other services in society.