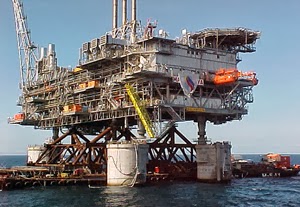 A friend based in Tokyo, Jules, sent me his random thoughts to create a Sovereign Wealth Fund out of government royalties from the Malampaya Natural Gas in offshore Palawan. Here are Jules' random thoughts:

1. Have a 15 years moratorium on spending anything from the  fund from the start of lunch, to discourage current officials in government from messing with it.

2. Let the fund be managed by Professionals in the investment business.

3. Have it earmarked solely for the "future:"


a. spending for young children (0-12 years) for primary health care and education.  and
b. projects that mitigate any effects that mining or similar extractive activities have on the environment.

4. Setting a spending cap of only 75 percent at most of the net earnings from the investments, the balance of 25 percent to be further added to the principal.

5. A competitive bidding for projects to be funded, both private sector and government agencies can participate.

6. Have a bidding committee composed mostly of volunteers from institutions like churches (INC, Catholic, Protestants, Born Again, Islamic institutions) and  perhaps experts from the academe.

7. Set in place a monthly reporting/updating system on liquidating expenses that can be viewed publicly through social networks

8. East Timor, which became a sate only in 2005(?) has already a huge Sovereign Wealth Fund in billions of dollars from their Petroleum industry. Even Singapore which has no extractive industry has huge Sovereign Wealth Fund.
9. The 15 years moratorium can be extended to 20 or 25 years. Long term investing generates more consistent results if you look at historical returns of most indexes. This practically takes the current generation away from the funds. It is for the future generation.


I can support that proposal, thanks Jules. The current generation can be supported by existing revenues, public and private, and endless borrowings by the government. It is the future generation of Filipinos who have been compromised by the past and present political administrations via high and rising public debt stock and rising interest payment. If improperly managed further, it can generate a huge fiscal crisis someday.

But the intent of the law must be respected, that only energy-related projects should be funded from it. Then the fund should be used to develop more energy sources. When electricity supply is stable and affordable, faster development can happen. Energy is development.

Meanwhile, here are some facts from Maritess Vitug's article in Rappler last September 22, 2013.

* P130 billion (as of August) kept in a trust fund with the national treasury, not reflected at all in the annual national budget.

* from the royalties of the seemingly bottomless Malampaya natural gas reservoir off the shores of Palawan which provides about 50 percent of Luzon’s power needs.

* Project began in 2001, it was during President Gloria Arroyo watch that the fortunes from Malampaya started to flow into the government coffers. She spent a total of P23.6 billion, almost all of which went to non-energy projects.

* Arroyo authorized the release of P19.3 billion, mostly in 2009, apparently for the rehabilitation of areas damaged by 2 typhoons. This coincided with a pre-election year.

* Agriculture department (Secretary Arthur Yap) got a lot of the bounty: P4 billion in 2008 “to augment the Agricultural Guarantee Fund Pool and the rice self-sufficiency programs and other commodity programs” and P1.8 billion in 2009 to help farmers and fishermen devastated by the typhoons.

* Arroyo released almost P4 billion to Palawan as assistance from the national government.

* For his part, President Aquino put in all of his Malampaya Fund expenses to energy-related projects, about P15 billion from 2011-2012.

* Biggest chunk went to the National Power Corp (P6 billion), followed by the DND (P5.6 billion) “to upgrade its capability” to secure the natural-gas-to-power project.

* The rest went to the National Electrification Administration (P1.9 billion), energy department (P300 million), and interior department (P150 million for the “Pantawid Pasada”).
Posted by Bienvenido Oplas Jr at 9:34 AM