Wan's talk last Monday night here in Manila was great. Will post photos in my next blog post. Audience were mainly my clubmates in Rotary, plus friends in the free market movement here in Manila. 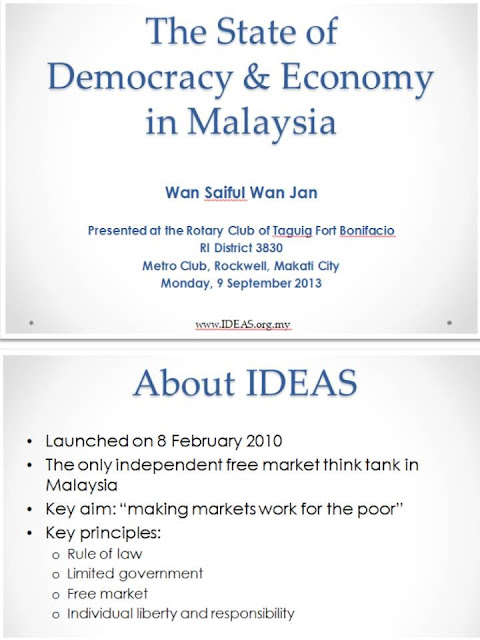 It's good that Wan briefly introduced what the Institute for Democracy and Economic Affairs (IDEAS) is. He said that often people look at free marketers as not too concerned with high inequality and the poor, so they made it clear that their goal is to "make markets work for the poor."


Both the administration and the opposition in Malaysia know that IDEAS is free marketer and hence, not exactly their ideological ally. But they see IDEAS as truly independent, receive no money or funding from the government, so they entertain the 3rd party engagement of IDEAS in various policy discussions.

Wan showed also a map of Malaysia. You may also view the presentation in slideshare, here. 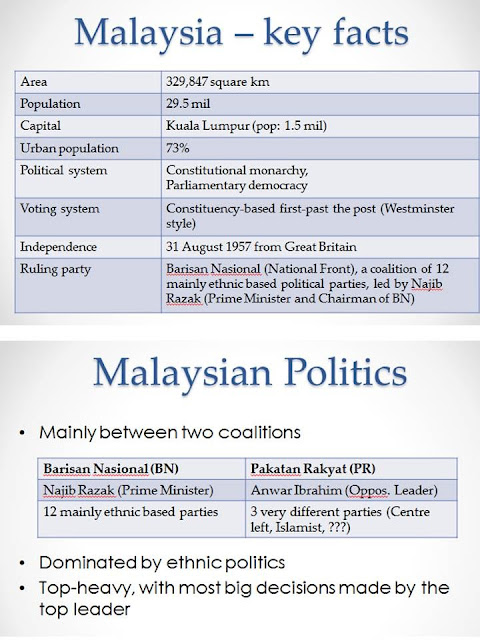 One principle in Malaysia before was the New Economic Policy (NEP). When Prime Minister Razak Najib came, he introduced the New Economic Model (NEM) and it is pretty liberal and free market leaning, to correct or reduce the distortions of heavy state involvement and welfarism in Malaysia. Wan gave examples of how Malay-bias the government policy is, at the disadvantage of non-Malays like the ethnic Chinese and Indians in the country. 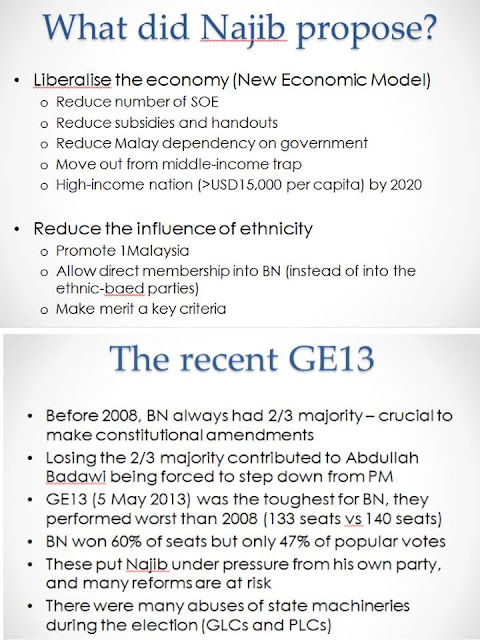 The 13th General Elections (GE13) result last May however, has threatened the liberalization reforms that PM Najib wants to introduce. And even though the elections were conducted rather unfairly. When IDEAS released the result of their findings of the elections, their website crashed for more than a week due to heavy online traffic, people downloading the report, reading articles and interviews of Wan and other think tank leaders. 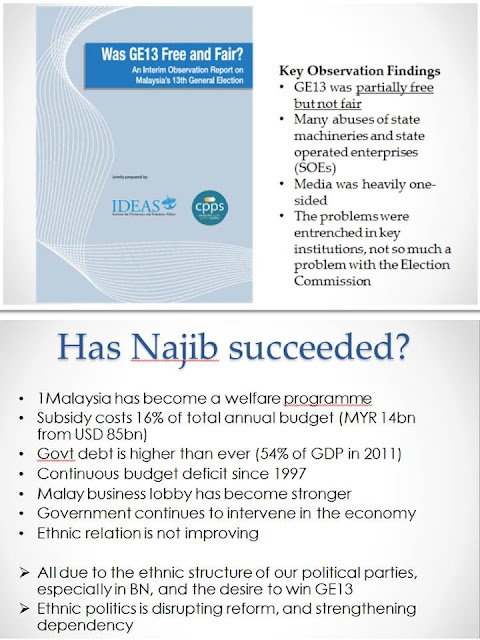 This illustration of "1Malaysia" summarizes how welfarist the government intends to do. For instance, giving two new tires a year to taxi drivers, wow. Subsidized housing, water, milk, university education, and so on. The cost of annual subsidy is rising and results in high annual budget deficit and annual borrowings.

The opposition led by Anwar Ibrahim is proposing even more welfarism, more subsidies and more dependence by the citizens to the state. Not good either. 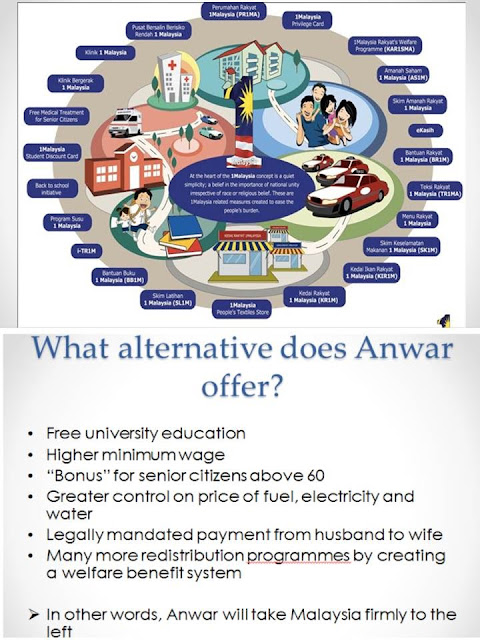 Social and economic change towards economic liberalization, more individual freedom and more personal responsibility, cannot be done tomorrow or next year. Slow but sustained engagement of the public, civil society and the political parties.

Clear summary by Wan. Heavy and forever, no timetable welfarism, is wrong. It creates forever dependency and forever public indebtedness. 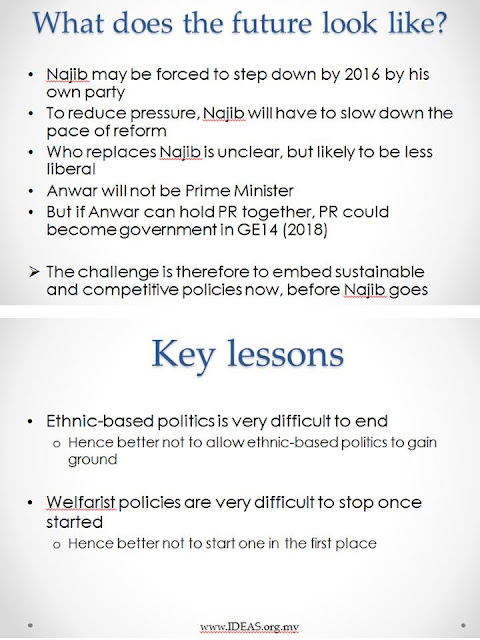 The open forum was very lively. Questions and answers wandered to parliamentary vs presidential form of government and Malaysia's experience with parliamentarism, what do "free market" and "limited government" mean, and so on.

Thanks again, First Class President Meann de Leon of our Rotary Club, for welcoming my friend Wan, to be our guest speaker last Monday night.
--------------

My statist friend shared with me this article and claimed that it proves socialism can work better than money and markets:

What is your take on the Incan empire and their economy?

"Wealth without money" is possible but you won't like it. You want to buy a laptop, assuming that such economy is capable of producing one, you must bring in kind what the seller wants. If you produce lots of chicken or pigs or cows but the laptop seller does not want any of those,he wants a motorcycle instead, then you can not have the laptop even if your existing value of production can pay for the value of that commodity. Socialism and central planning is lousy.