Rule of Law 10: On Wang-wang and Government Laws 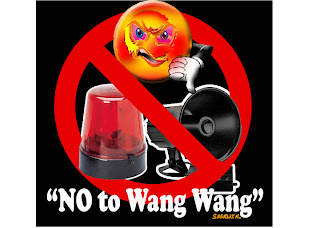 After the inauguration of the new Philippine President last June 30, the Philippine National Police (PNP) leadership announced that no more civilian sirens or “wang-wang” will be tolerated. Only the top five officials of the country are authorized to have it, and ambulances, fire trucks, police cars can use their wang-wang only on emergencies.

This is a good news for ordinary citizens and motorists. Those loud and blaring sirens by civilian cars, or private vehicles escorted by police motorcycles and cars with blaring sirens, are clear and loud examples of the rule of (politically-influential) people.

In facebook, a new identity was created, “Isumbong mo ang wang-wang dito” (“Report those sirens here”). I think it was created only last June 30. By midnight of July 1, it has attracted 7,000+ fans who liked it, including me. It is a big number, and it shows how exasperated the Filipinos are in seeing serious changes in government. The comments by people who “liked” it are both serious and funny.

A number of fans of this site have reported the vehicles – plate number, model, when and where they were seen – which have wang-wang. A few posted pictures and/or videos. Since facebook has millions of fans and account holders among Filipinos, both in the country and abroad, it should be shameful for the owners of those vehicles that were caught and reported to be blaring their wang-wang until now. 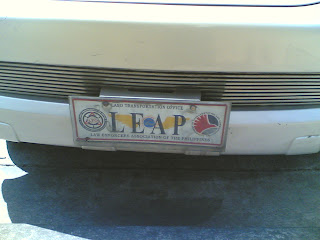 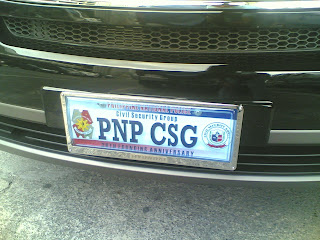 Government officials and employees should properly understand the meaning of the “rule of law”: rules are rules, no one is above the law, no one is exempted from the law, and no one can grant exemption from the law.

The “change” that ordinary citizens clamor from the government is not really “miraculous change” like giving away certain services for free, say regular free food and drinks. Rather, the average citizens only want to see the rule of law, that everyone will follow the rules and laws that have been enacted. Like stopping on red light; not going against the traffic flow (or no unauthorized counter-flow), not parking on “no parking” areas. Like not having blaring wang-wang that implicitly says, “Get out of my way. I am a more important person than you and I have high political connections and power.”

Having wang-wang, special car plates, car stickers and/or IDs that bear the logo of a powerful government agency, is a short-term and short-sighted solution to heavy traffic problems in the metropolis. Instead of addressing certain cultural and engineering problems that cause heavy traffic congestion, those people use politics and political connections in bailing themselves out of the regular and daily misery that average citizens and motorists experience.

Once we as a people learn to respect the laws and prohibitions, both governors and governed, administrators and administered, politicians and voters, we can expect economic progress and better peace and order in society. If no one steals or kills, then the people’s entrepreneurial energy and potential will be unleashed. People can work until midnight if they want, and not worry that some criminals may be waiting for them when they go back home, or criminals that may victimize their family members and friends while they are working.

The “no more unauthorized wang-wang” program of the new administration is a simple but concrete step to remind people to respect the rule of law. To respect the Office of the President and the various law enforcement agencies under it.

Let us hope that the new government will keep this and related policies until the end of its six-years term. By then, self-discipline should have permeated into the hearts and minds of the citizens. Awareness of personal responsibility and respect for individual rights and individual freedom should have filtered through the hearts and minds of the citizens; young and old, rich and poor alike.

To keep a free society, it is better to have many voluntary associations and each association will have its on set of rules and "laws". A cycling club or badminton club or rotary club, for instance, will have its own set of constitution and by-laws, with rules that need to be folllowed and there are penalties for not following the rules. Like being kicked out of the club for not paying the annual dues, for not reaching the minimum number of attendance in meetings, and so on.

The law on anti-Violence Against Women and Children (VAWC) would fall into that category. Although it was the State, through the legislative branch, that crafted and enacted that law, its enforcement is delegated to the micro and household level, and not so much to the state police and bureaucrats.

In such situation of voluntary associations, say a labor union or a sports or civic club or a church group, the individual can opt to get out. The beauty of this is that such voluntary associations which were created to improve the condition of their members (to become good cyclists, to become good tennis players, good community leaders, good religious and lay leaders, etc.), live on voluntary support by members. If the members find their voluntary organization/s not worth supporting anymore, that association will die a natural death. No taxes and fees needed to bail them out. No rallies by affected employees and bureaucrats who will lose their job.

And if a voluntary association performs well and caters to the expectations of members, then such association will thrive and expand. Despite the fact that such voluntary associations will soon have a long set of rules and regulations as they grows bigger and bigger. The point is that individuals have the option to get out and discontinue paying the financial contributions, attend meetings and organizational or club activities.

It is on laws crafted and institutionalized by the State that can create more damage to society, if such laws and prohibitions become plentier and more complicated. Because individuals cannot opt out, unless they will ask for political favors like exemption from the application of the laws, which is tantamount to corrption and the rule of men. Or an individual can migrate to escape the multitude of laws and prohibitions in his home country.
---------