A new government, a new challenge, a new hope, and a new responsibility. These are among the things that will preoccupy the minds of Filipinos starting this week and the coming months and years.

The new President of the country has made some unconventional and even risky announcements during his formal inauguration this week. “No wang-wang (sirens), no counterflow, no short-cuts.” 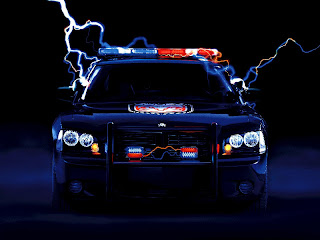 A number of my friends reacted negatively to those pronouncements, saying that while they are populist and will not infuriate ordinary motorists, they are also very risky for the security of the President, especially on stopping at red lights. But I think that these simple acts of following ordinary laws, traffic rules, radiate a message and symbolism which are stronger and louder than any press release.

The rule of law is very simple. No one is above the law. No one is exempted from the law and its prohibitions, and no one can grant exemption from the law. If the new President can sustain this even for a year, of stopping at red lights, then ALL politicians, policemen, soldiers and other bureaucrats should do the same. Otherwise, they should be apprehended for violating the rule of law on traffic.

Being stuck in traffic can also not be considered as a "waste of time". Inside the car, the President can make or receive phone calls, check emails, pour over documents, meet a staff, drink coffee, and so on.

Easy, no big deal, to take this challenge. As a supporter and voter of the President in the last elections, I do my work in helping government for free. How?

I encourage people to take more personal and parental responsibilities in running their own lives. They should not drink and drink, smoke and smoke, eat and eat, and when their internal organs are dilapidated or they become fat as a pig and become sickly, they run to the government and demand that "health is a right." If they want that way, they should put up a Socialist party or a Communist party and not support a Liberal party.

I also help show other people to obey the rules. Do not steal, stop on red lights, do not left turn on ‘No left-turn” corners, do not counter-flow, do not park on "No parking" areas. And I do not get paid as a government or traffic aid employee.

More personal responsibility in taking care of our own lives, our households, our schools and offices, our communities. This is also the essence of civil society. A state of civil society is one where citizens take more freedom and more responsibility in running their personal and community affairs, where government is kept to the minimum and only does functions which neither the individual nor his/her voluntary associations cannot handle. Like dealing with various criminals, thieves and killers.

More than helping the new government and the new President, we are helping ourselves to more social and political maturity if we rely more on ourselves and less on government, in managing our own lives.

This should give us more hope because hope and respect for other fellowmen will come not much from the government, but from each of us.
Posted by Bienvenido Oplas Jr at 9:00 PM