State ownership of the rains

In some US states like Utah and Colorado, they have laws saying that rainwater falling on your roof is not yours to collect for your household needs. It belongs to the state. This is not fiction, it is true. See here,
http://www.naturalnews.com/029286_rainwater_collection_water.html 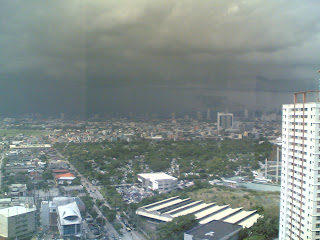 I was supposed to laugh at this rather weird law, but then a member of one of my discussion groups pointed out that the Philippines also has a law on state ownership of all waters, including atmospheric water. According to him, this is Presidential Decree (PD) No. 1065 or the Water Code of the Philippines. It provides that "rainwater falling on private lands belong to the state but any person who captures or collects water by means of cisterns, tanks, or pools shall have exclusive control over such water and the right to dispose of the same." 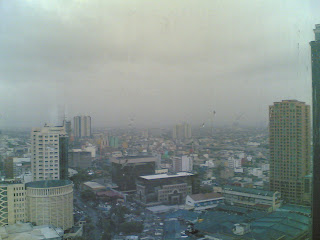 So the State has taken over ownership and control of what nature gives to people. But at least in the Philippines, the government has not taxed people yet if they collect rainwater for their personal and household purposes.

It is the concept of "dominium" from the Roman civilization, that State dominion over natural resources -- the rain, the ocean, the land, and minerals under the surface, under seabed -- is assured.

The Regalian doctrine states that all lands belong to the State. This applies to all public forest land, government land, land below rivers, lakes and seas. There are lands that have been declared alienable and disposable (A&D land) by the state, and these have been titled under private individuals, private corporations and associations and other private entities. But owners of such land have to pay "rent" to the government, the local governments, in the form of real property tax (RPT). Failure to pay the tax plus penalties for several years will prompt a local government (city, municipality or province) to take possession and ownership of the land, and resell to other private entities or keep it as government property.

The State also owns all minerals under the surface. Thus, if there are precious minerals under one's house, say just six feet below, the State can force him out of his lot, after paying a token of compensation that he may not agree to, then the State can demolish his house so that it and its mining concessionaires can quarry and get the minerals.
Posted by Bienvenido Oplas Jr at 10:51 AM