The new President of the Republic of the Philippines, Benigno "Noynoy" Aquino, delivered this afternoon his first State of the Nation Address (SONA). He has been in power for only 4 weeks now.

The Address is long, I will only make a few comments on some of the points he discussed.

I really expected him to say something on reducing government bureaucracies for the entrepreneurs, the job creators, the capitalists, big and small. And I was not disappointed.

Towards the middle of his address, he said, referring to the Department of Trade and Industry (DTI) and other government agencies like the BIR and SEC. 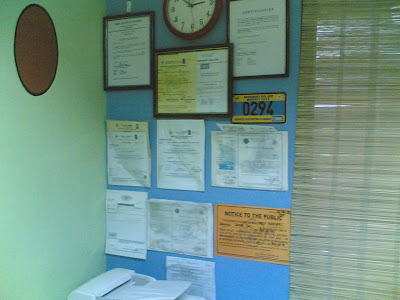 Translation: "The endless procedures in registering a business, which takes between four to eight hours per visit, we will reduce to 15 minutes. The old requirement of 36 documents, we will bring it down to six. The eight pages application form, we will reduce it to one page."

Bingo! Reduce the bureaucracies, reduce the number of signatures by government officials and bureaucrats, that alone will bring down corruption in the country.

Some guys though, considered the President's SONA as "elitist". They blasted it as pro-big business, and hence, worsening the inequality in Philippine society. 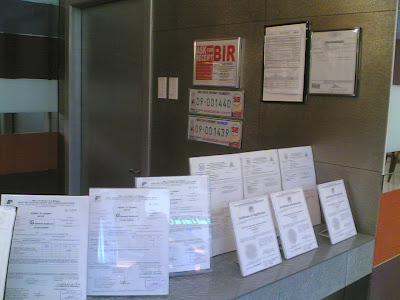 Consider this example. A group of OFWs with some savings wants to put up a micro-business, say a parlor or barber shop, or bake shop or internet shop or food shop. Various national and local government bureaucracies require them 3 to 4 dozens of different taxes and regulatory fees to pay every year, excluding the taxes and fees just to start a business. The President said this is wrong. The number of business regulations, the procedures in getting a business name, the number of pages of application forms, etc., should be drastically cut. Is this elitist? 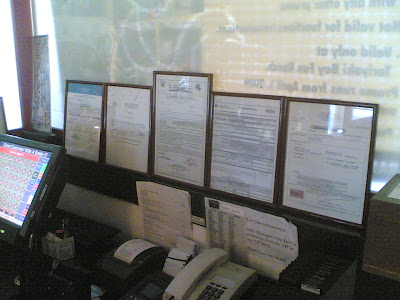 I don’t think so. It is pro-small busines, it is pro-big business too. When there are lots of bakeshops, lots of internet shops, lots of parlor/barber shops, lots of food shops, lots of jobs will be created. When people have jobs, they tend to become independent of government. They do not easily run to politicians and government welfare offices, they have the resources to take care of themselves, their families, friends and relatives.

On health, the President devoted only two paragraphs in his address, and that is on expanding the Philippine Health Insurance Corporation (PhilHealth) coverage for the pooorest five million Filipino households. He said,

"Even as we speak, Secretary Dinky Soliman and the Department of Social Welfare and Development are moving to implement the National Household Targeting System that will identify the families that most urgently need assistance. An estimated 9 billion pesos is needed in order to provide coverage for five million poor Filipinos."

There are three significant things to note here.

One, correct PhilHealth's exagerration of its actual coverage. I have written two papers in the past pointing out that PhilHealth was exagerrating the actual number of its beneficiaries. What PhilHealth does is to multiply each member (private employed, government employed, indigents, individually-paying, OFWs) by five. Thus, even a single, new college graduate with no dependent (no spouse, no kid, parents are either working and PhilHealth members too or parents are deceased or not working but below 60 yrs old, not qualified to be declared as dependent, etc.) is assumed by PhilHealth to have four dependents. This is lousy and simplistic math.

So what happened is that for the 1st quarter of 2009 for instance, total number of members excluding the "lifetime members" or the registered senior citizens who are not pensioners somewhere, was 16.35 million. But PhilHealth's count of the number of beneficiaires was 76.69 million, or about 85 percent of the total population of the country. Lazy and simplistic math, really.

To see further discussion about this number-magic by PhilHealth, check my paper,
"Health insurance and government failure" (presented in a health forum last August 17, 2009, 7 pages), http://www.minimalgovernment.net/media/mg_20090817.pdf

I sent this and another paper to some PhilHealth officials and I was wondering why they did not correct me when I said that their office is exagerrating its number of beneficiaries. Now it is the new President of the country who expresses disbelief in their numbers.

I have also written a number of papers why the drug price control policy is a failure in improving access of the poor to more life-saving and disease-killer drugs, all posted in the MG website, www.minimalgovernment.net.

And three, there is bigger role for the national government in providing healthcare for the poor. Before, the local government units (LGUs) need to put up a counterpart fund in financing the healthcare coverage of the really poor. Lots of problems encountered in that scheme as some poor LGUs cannot put up the counterpart fund. So the next tack of the national government is to solely shoulder the cost of healthcare of the really poor. Now they are targetting some five million households, roughly about 25 million individuals, to be covered by PhilHealth.

Further nationalization of the service is not a wise move. There is a new development in UK's healthcare where the UK government will decentralize its socialized and nationalized healthcare system, as reported in this story.
------

LONDON — Perhaps the only consistent thing about Britain’s socialized health care system is that it is in a perpetual state of flux, its structure constantly changing as governments search for the elusive formula that will deliver the best care for the cheapest price while costs and demand escalate....

Of course decentralization does not mean privatization. It only means to transfer the function of healthcare delivery from the national government to the local governments. There is realization that too much bureaucracy at the national level impedes health delivery to the public.

Finally, my position on healthcare is that it is first and foremost, a personal and parental responsibility, not government responsibility. Government role is most needed in limited cases like the spread of infectious diseases.

People should not drink and drink, smoke and smoke, eat and eat, and when their internal organs are dilapidated by such vices or their blood vessels are choked by fat, they just run to the government to demand that "health is a right." Parents and guardians should also teach their kids to wash their hands well before they eat, or to keep their house and surrounding clean so that the rats and cockroaches will not hold daily and nightly general assembly in their place.
Posted by Bienvenido Oplas Jr at 8:42 PM