Another emotional and  authoritarian call from the alarmist groups.  This is from gawlers.com, March 28, 2015. The alarmists are getting more emotional, more desperate, more intolerant. 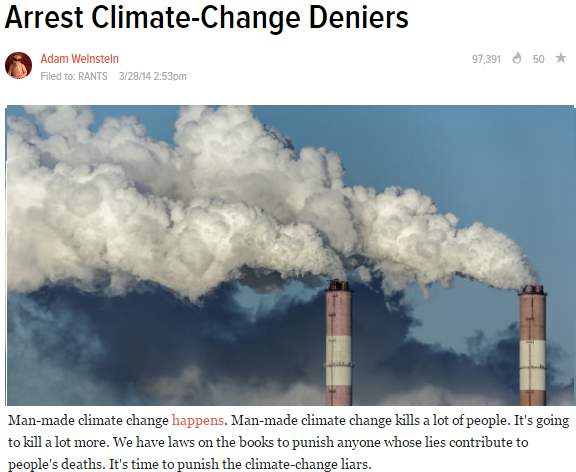 On the other hand, that proposal might be correct. Yes, arrest the deniers. Those people who:

1. Deny that climate change (CC) is natural and cyclical; that it is largely nature-made, not man-made.

2. Deny that global warming (GW) also happened in the past despite absence of SUVs and coal/nuke power plants. Deny that GW is not "unprecedented" and that global cooling can happen after GW; 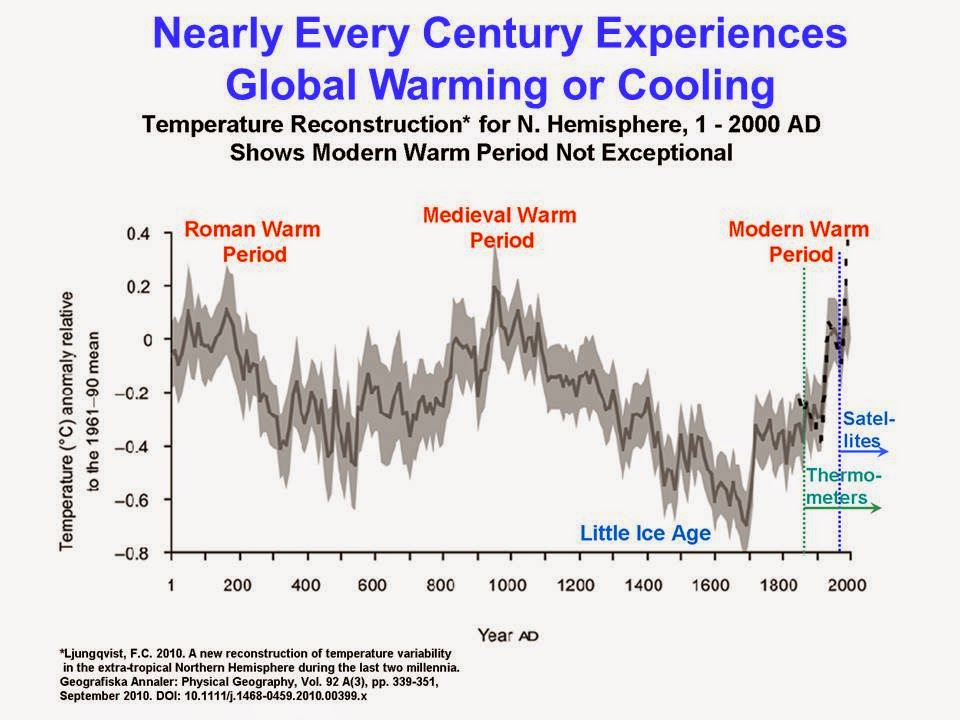 
3. Deny that global warming can pause for many years, despite continued rise of GHGs in the atmosphere. 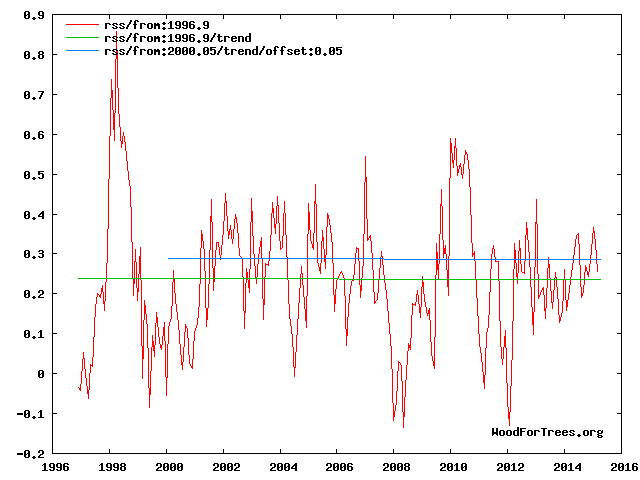 
4. Deny that CO2-temperature has no clear causality, that global temperature can flat line, or even decline, while CO2 concentration can  keep rising. 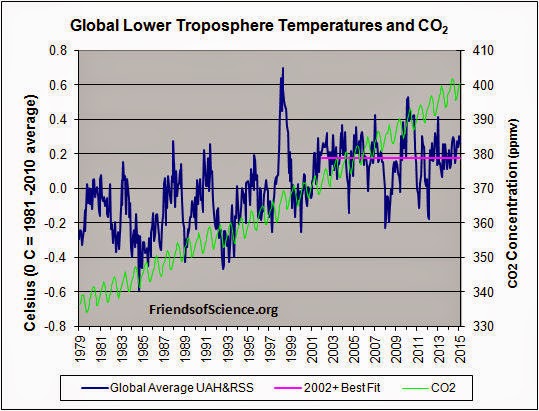 5. Deny that  CO2 is plant food or fertilizer, and  hence, is a useful gas, the gas that we humans and our animals exhale, the gas that plants and crops use to grow and produce their own food via photosynthesis.

On the right: Empirical Data. Growth of 21-day-old rice and S. viridis seedlings at different ambient CO2 concentrations ranging from 30 to 800 parts per million. NOTE: The very last set of pots on the extreme right is out of sequence. They are for 390 ppm, while the next to last pots are for 800 ppm. 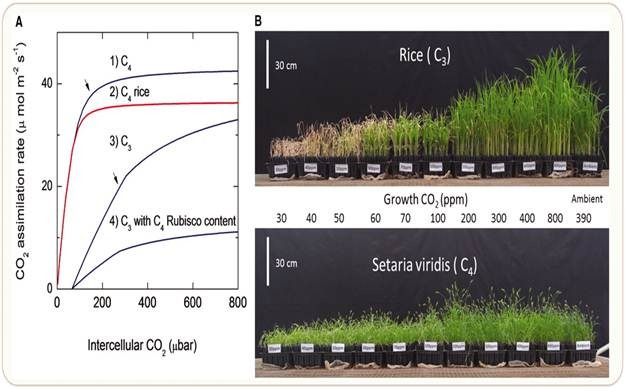 
The PDO has been trending down since the early 1980s. It also was up during the 1930s and negative during the 1970s. The AMO and the PDO are the natural ocean cycles that climate scientists talk about. 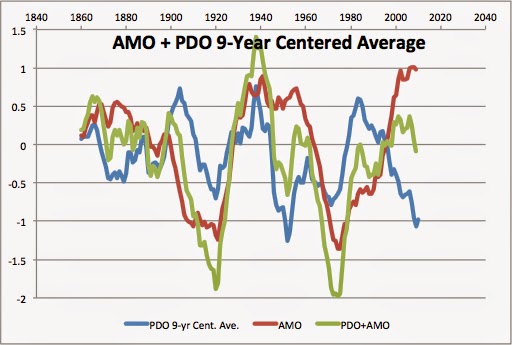 
7. Deny that the Sun can be the  main driver of planet Earth's climate of warming or cooling. 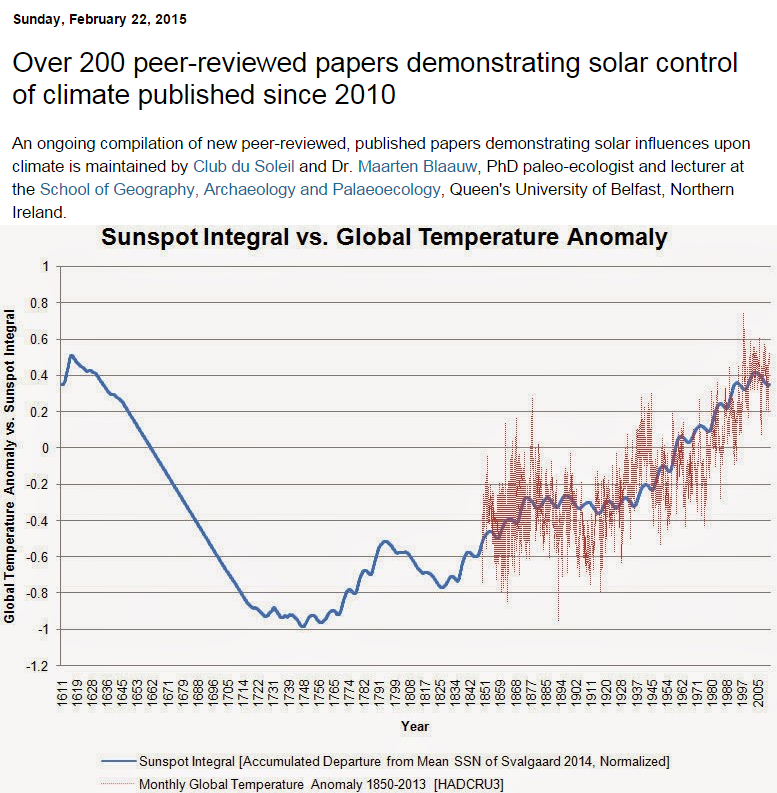 8. Deny that galactic cosmic rays (GCRs), their effect on cloud formations and Earth's albedo also contribute to climate regulation of warming or cooling.

The neutron count is an indicator of the cosmic ray flux at the top of the atmosphere. Here is the neutron count at Oulu, Finland since 1965. It is thought that cosmic rays seed cloud formation. Therefore high recent count is providing cooling clouds. 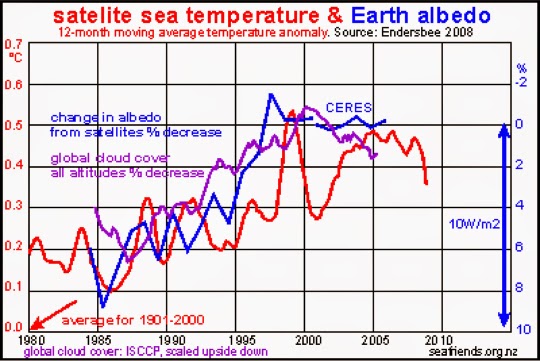 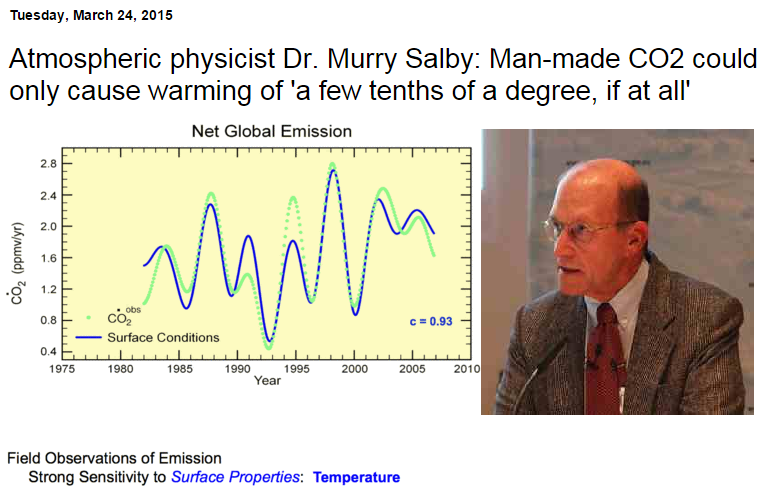 10. Deny that Arctic (and Greenland, Antarctica) ice melts and grows, every year. And also follow a thin-thick ice cycle. 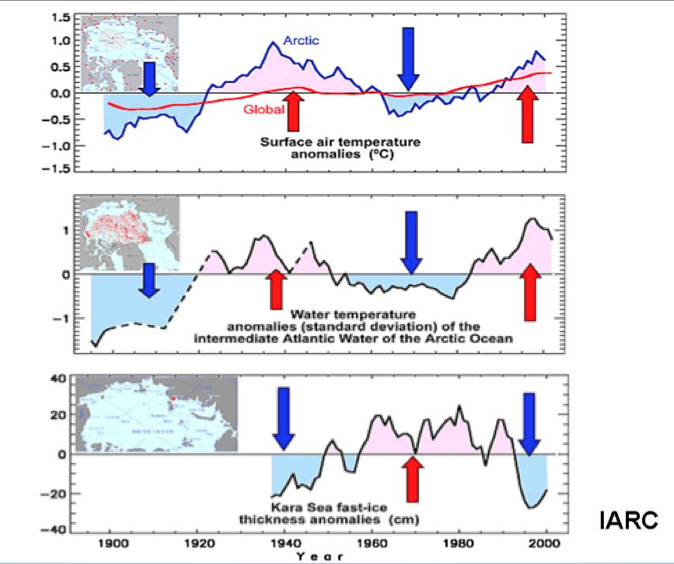 
These deniers who deny the above and many other scientific facts and data, they should be arrested.

But who will arrest these deniers if the arresting institutions -- governments, plus the UN -- are themselves part or leaders of this grand global denial movement?

Whatever the weather or climate, they are all "man-made" CC and hence, there should be lots of "man-made" solutions. Like more climate bureaucracies, more and frequent global climate junkets, more climate loans, more energy taxation and regulations, more subsidies and cronyism to favored renewables.

If the deniers will recognize and stop denying any of those 10 (more actually) scientific facts showen above, the whole foundation of "man-made" CC collapses. Just one out of ten, much more if all 10 of them.