ASEAN Politics 4: Institutions and Per Capita Wealth in the Region

During the Philippine Economic Society (PES) Conference last November 2014, among the papers presented was this one.

The paper wanted to ask, why are some countries richer than the others?
Its Objective was "To know whether differences in existing political institutions in the ASEAN member states explain the differences in Per Capita GDP growth of the said member states from period 1993-2012"

Scope covers ASEAN countries excluding Myanmar and Brunei due to insufficient data from 1993-2012.

The model used by the paper. 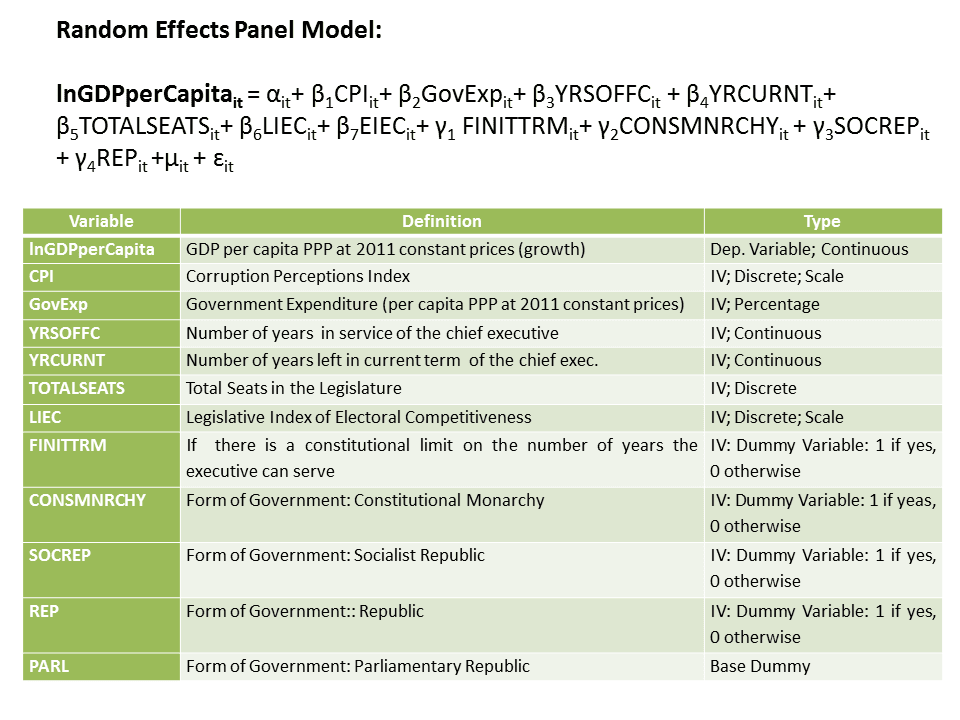 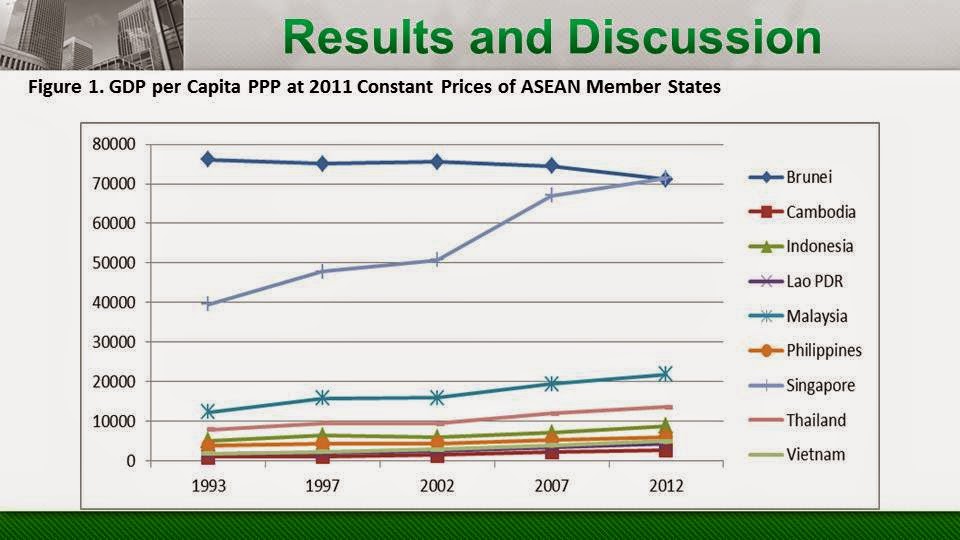 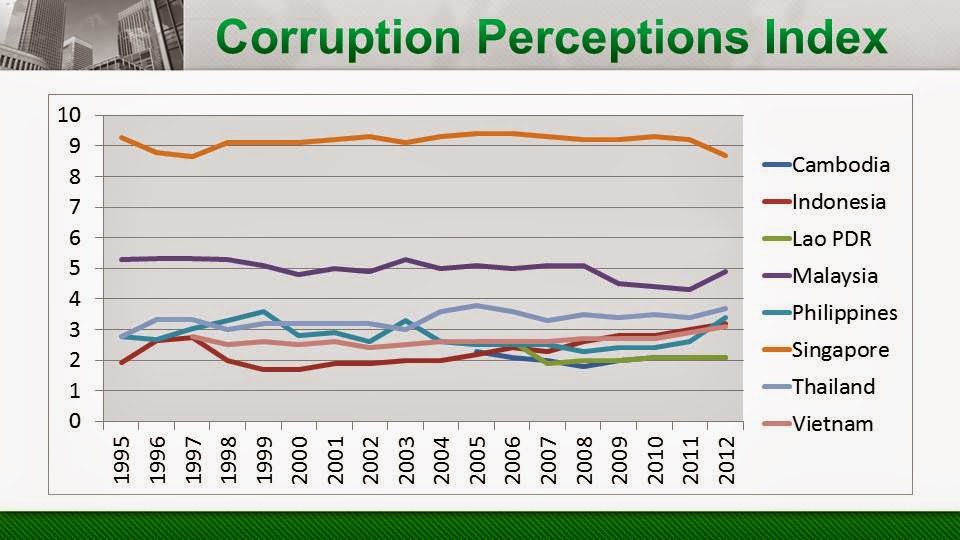 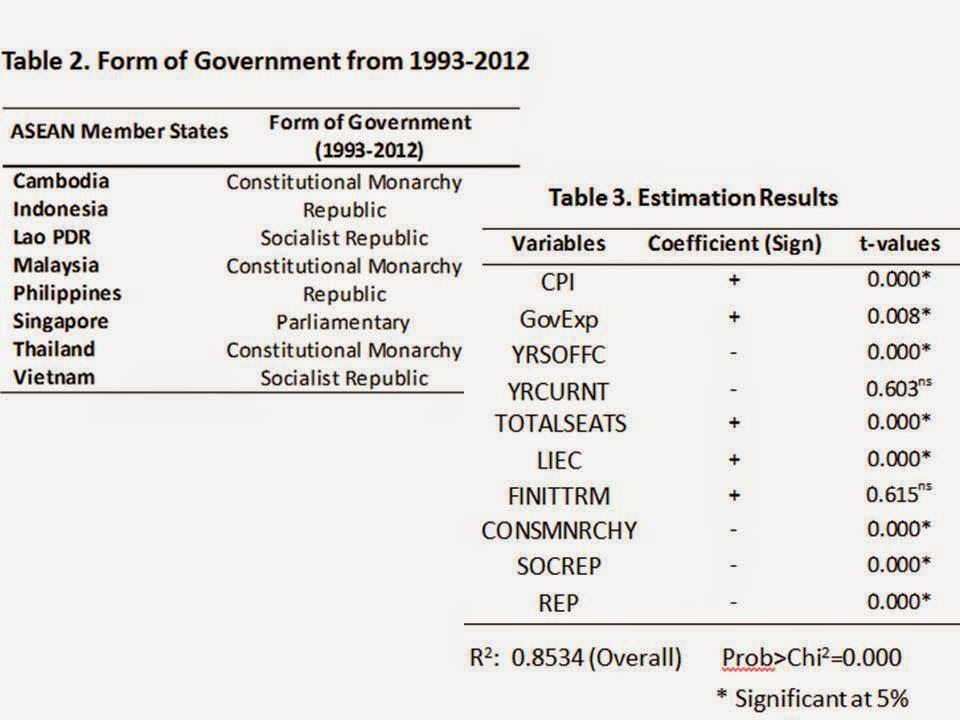 Limitations of the Study

•      Although the study has shown intuitive results, it can still further be improved through adding more variables to represent the political institutions of countries.
•      The database used by this study offers a large pool of variables but the study only selected a few range of variables.
•      Also, since the available data on GDP per capita (PPP 2011 constant prices) are only from 1993-2012, it limited the author to a 20-year time period which had not fully covered the shifts in the systems of government of the countries included in this study.


•      Lastly, although the study aims to speak the results for the whole ASEAN, due to limited data available for Myanmar and Brunei Darussalam, they were not included in the study.
--------------

1. Aside from having a monarchy, Cambodia and Malaysia are also parliamentary and  it was not pointed out in the paper. The result, "parliamentary has a positive relationship with per Capita GDP Growth" can be suspect.

3. For the EFW and EFI annual reports for instance, there are strong values and elaborate discussions given to rule of law -- like independence of the judiciary, protection of private property rights, enforcement of contracts, and so on. Here, there is zero mention of rule of law.

4. Nonetheless, it is a good attempt at exploring other possible explanations why some (ASEAN) countries are richer than others.
-------------

donnaj edwards said...
This comment has been removed by the author.
2:15 AM