The first coal power plant in Negros island (composed of two provinces, Negros Occidental and Oriental),150 MW and costing P15.5 B, has been proposed and construction is projected to start in the 4th quarter of this year. See the interaksyon story last April 06, 2015. 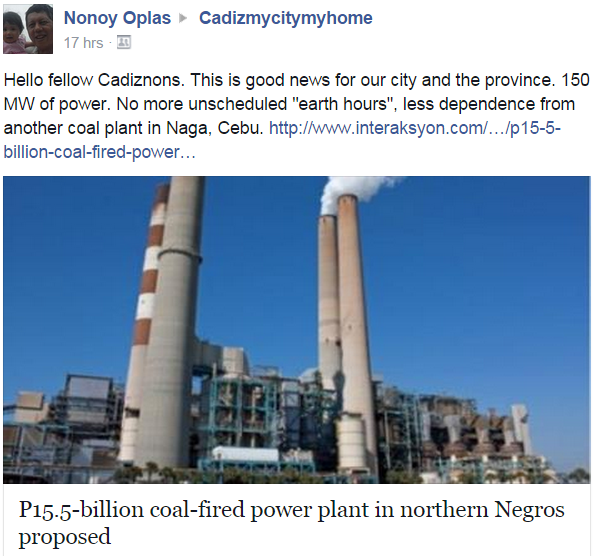 I posted that report in our community fb page (6,100+ members) that same day.

I anticipated negative reactions but not immediate harsh comments. Within minutes, the harsh responses came.  Little on the  issue but pure personal  attacks. 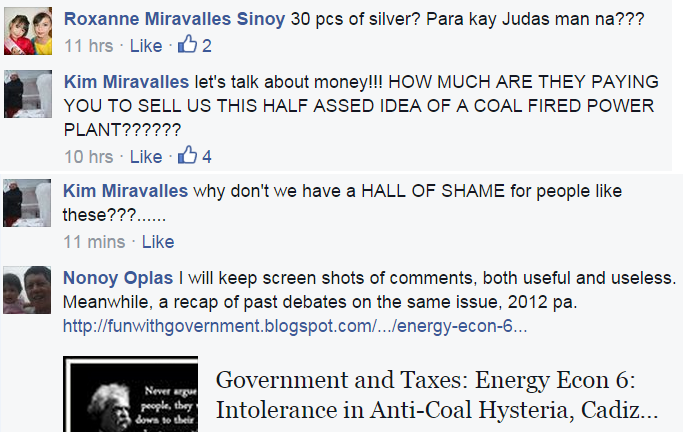 I asked that people should produce numbers, not emotions, in tackling the issue. I showed this table for instance, that it was precisely the coal power plants in the nearby island-province of Cebu that provide additional power and electricity to Cadiz and the rest of the two Negros provinces because the Negros' only big power plant, Palinpinon geothermal (installed capacity 192 MW, dependable capacity is lower as it is an old, 32 years old power plant). 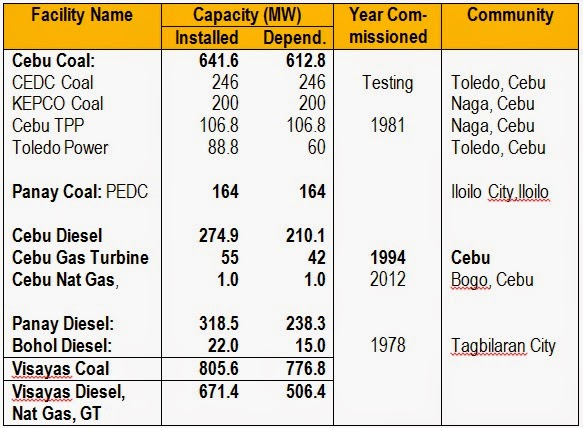 I showed other tables to keep the discussion be focused on  the issue, and yet the personal attacks continued.

Later the moderators removed and deleted the thread. Maybe they saw the ugliness of those ugly comments and instead of reminding those people, or deleting their comments, they opted to delete the whole thread.  It's good that I kept the screen shots of those low life comments. 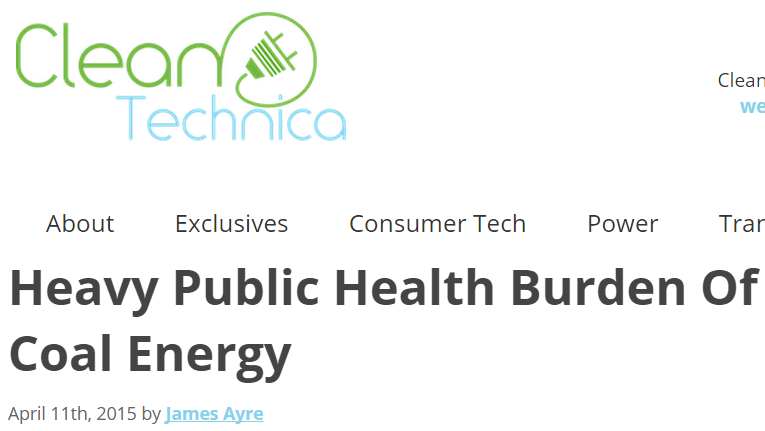 The other day, another member of the fb group and also a friend many years back, Joe Real, posted this article with his note,
"Imagine if the coal plant begins its operations in Cadiz City. There would be a sudden jump of respiratory diseases and damaged lungs especially of children and people are left on their own to carry the heavy burden of collateral damages."

Two members mentioned me and said that I should read that article. I reminded them that I  already started a discussion on  the issue but the moderators deleted the entire thread; that I am ready for a real debate on the issue, no personal attacks. The two members who mentioned me never replied.

Another member posted images/meme of "Toxic coal pollution", "water contamination", "No clean coal", etc. I reminded him that if people in Cadiz and the rest of Negros have electricity now, they can do fb and enjoy youtube, they should be thankful of coal power plants from Cebu. Then I asked the following questions:

(2) Many provinces in Luzon have coal power plants that are 4x, 8x larger than the proposed coal plant in Cadiz. Are these fear of "toxic coal pollution" and "water contamination" exhibited in the provinces of Pangasinan, Bataan, Zambales, Quezon, Batangas? 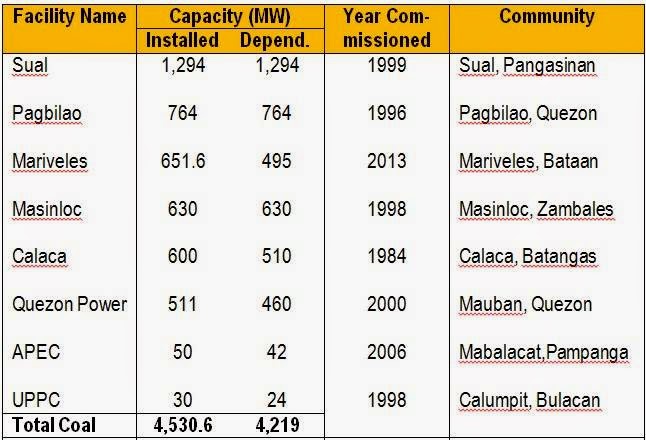 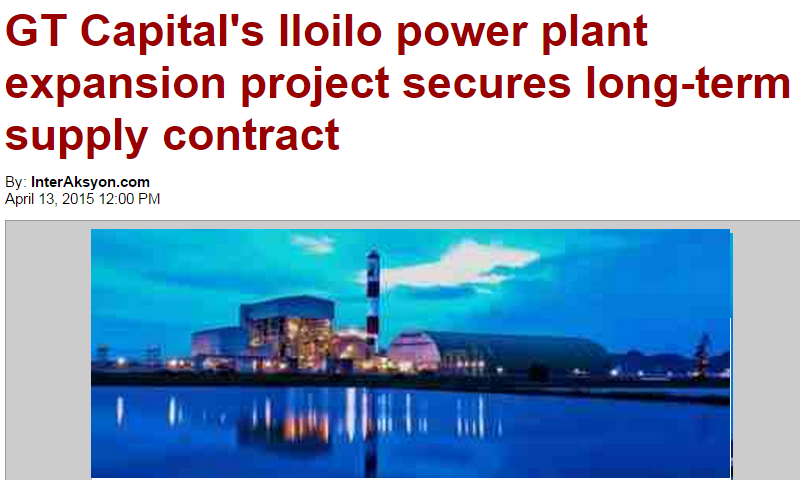 They are building a 2nd coal plant in Iloilo City now, 150 MW, to be operational by June 2016. Iloilo city alone will have 316 MW of coal next year then. Electric cooperatives from Iloilo, Guimaras and Antique provinces have rushed securing a power supply contract already, rather cheap at only P5/kWh. See story.

(4) From this Bloomberg report, April 9, 2015:
"Japan has 43 coal power projects either under construction or planned, representing combined capacity of 21,200 megawatts,"

Are those concerns of "coal toxic pollution" and water contamination not exhibited in Japan that they are building 43 more coal plants? 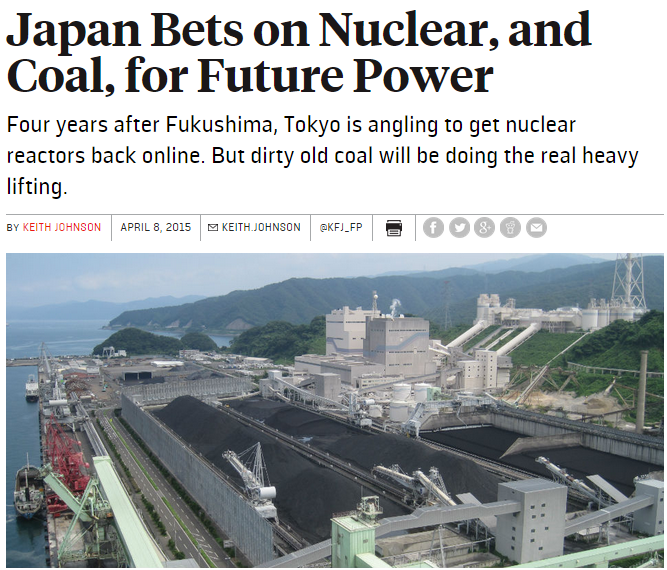 No direct answer from the anti-coal camp. Meanwhile, another report from Foreign Policy, April 08, 2015.

"coal will be the only baseload option left to power about 30 percent or more of the Japanese electricity sector, a significant uptick compared with the pre-Fukushima period...

Coal accounted for about one-quarter of Japan’s electricity before the nuclear accident. Since then, Japan has increased the share of coal to about 30 percent..."


I recognize that there is threat to pubic health, direct or indirect, short- or long-term, from ALL sources of energy, whether they are from fossil fuels like coal or renewables. Like this threat of wind towers. 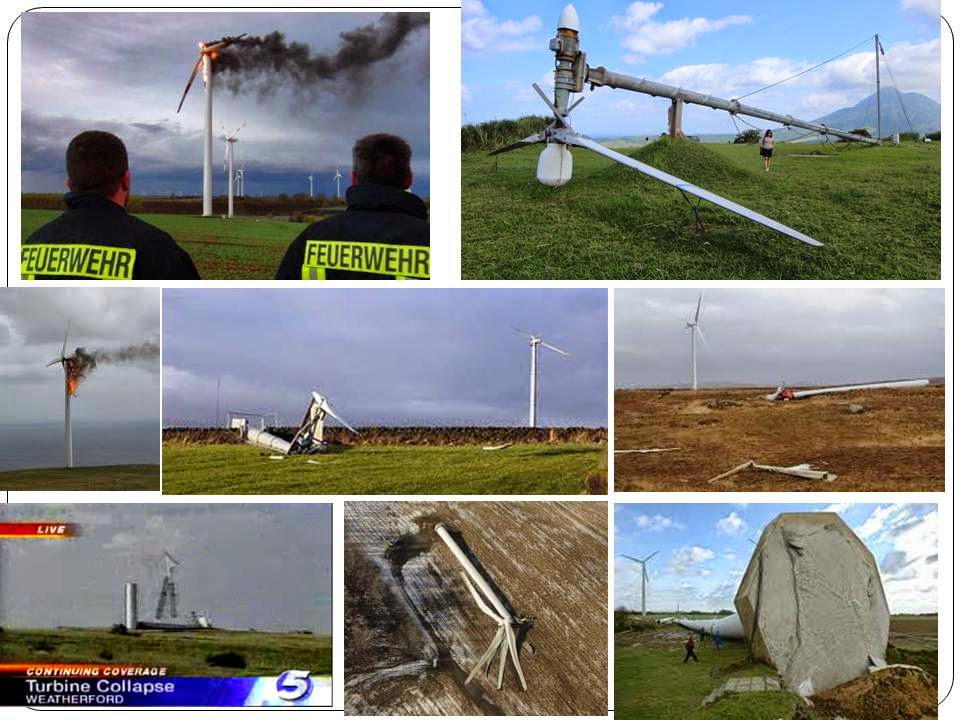 For some people, they would rather embrace more brownouts, or have more candles (which invite frequent fires and huge threat to lives and properties) or more generators (which also run on fossil fuel, cause noise and air pollution and are expensive) than accept coal power. I asked question #4 above because Japan is the most strict in public health protection in Asia and possibly in the whole planet, yet they are building more coal plants.

People should be careful not to be hoodwinked by the campaigns and blackmails of the climate alarmism camp who silently campaign for global ecological socialism. To fight poverty and create more businesses and  jobs, having cheap and stable energy sources like hydro, coal and natural gas is a must, a necessity.
------------