AEC 12: Workshop on Trade Liberalization at the APF 2015, Kuala Lumpur

Last week, April 23, I was one of three speakers in a workshop on trade and investment liberalization in the ASEAN organized by the Institute for Democracy and Economic Affairs (IDEAS) and South East Asia Network for Development (SEANET), during the ASEAN People's Forum (APF) 2015, in Kuala Lumpur, Malaysia. 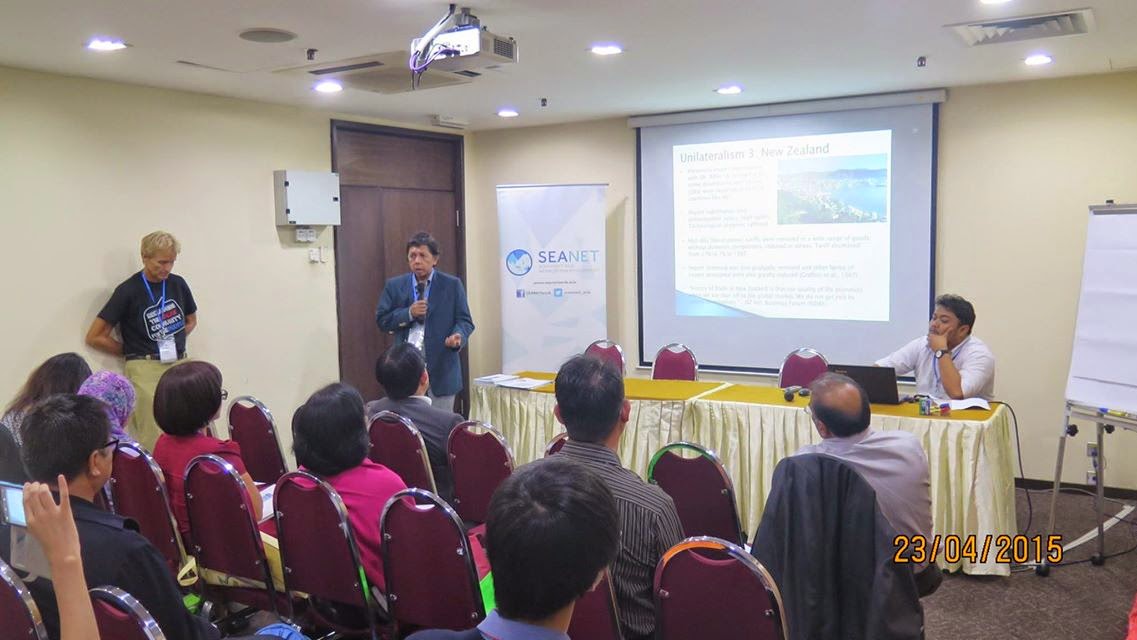 The two other speakers were Prof. Cris Lingle of the Universidad Francisco Marroquin (Guatemala) and Center for Civil Society (CCS, India), and Datuk Ravindran Palaniappan of Malaysia's Ministry of Trade and Industry (MITI). Photo below from left: Cris, me, Datuk Ravindran, and Wan Saiful Wan Jan, IDEAS CEO, who moderated the event. 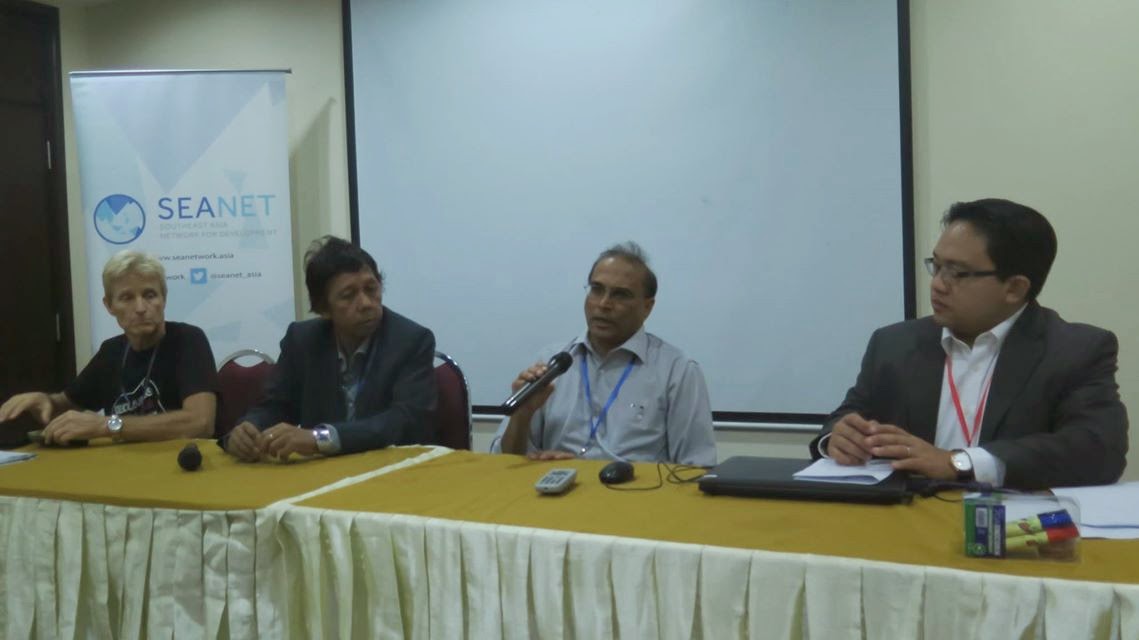 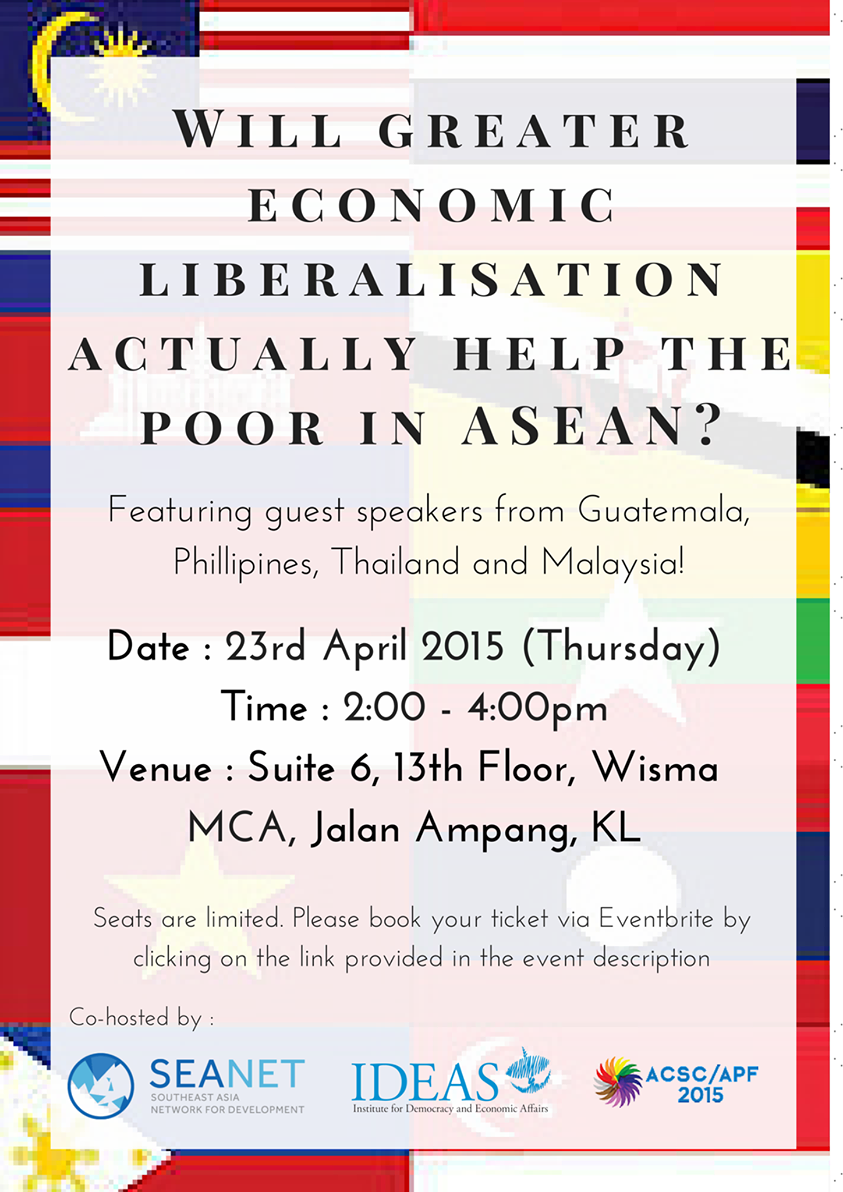 A speaker from Thailand failed to come. But Cris is an articulate speaker,also Datuk.

Datuk's speech was covered by the Malaysian Star, in its news report the next day, No discrimination against domestic investors in Asean,says Miti

My presentation was entitled, "Unilateral Trade Liberalization: Benefits to ASEAN People". Unilateralism is defined as


* “Going alone”, no need for reciprocity in reduction of tariff and other trade barriers (Richardson, 2001). 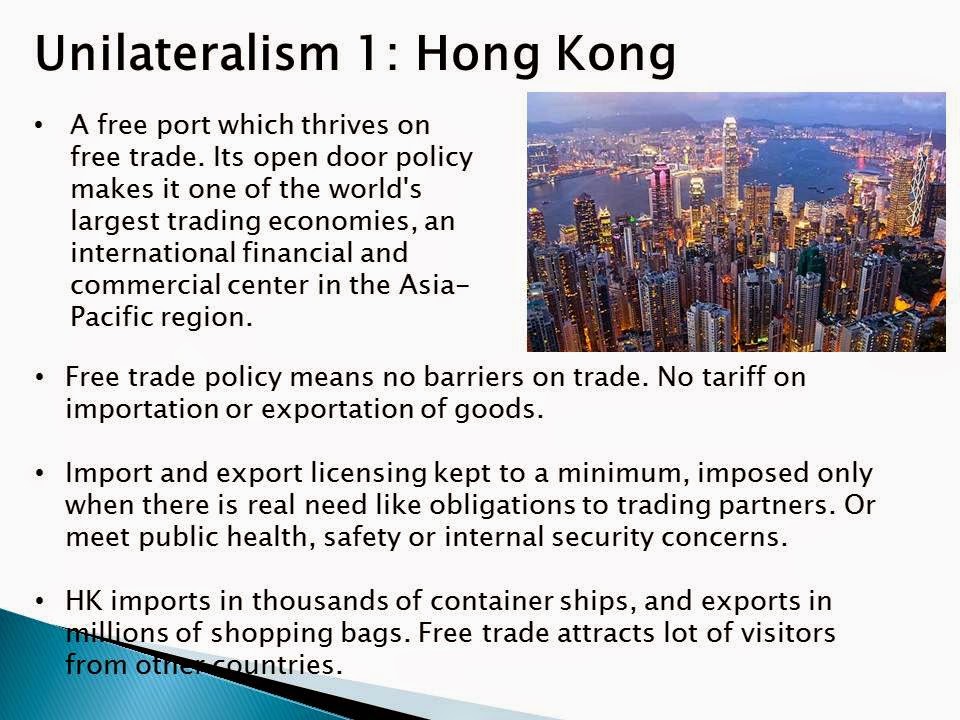 Then I showed these 5 cases of unilateralism, starting with HK, the perennial "freest economy in the planet" yearly by the Fraser Institute's Economic Freedom of the World (EFW) and Heritage Foundation's Economic Freedom Index (EFI). 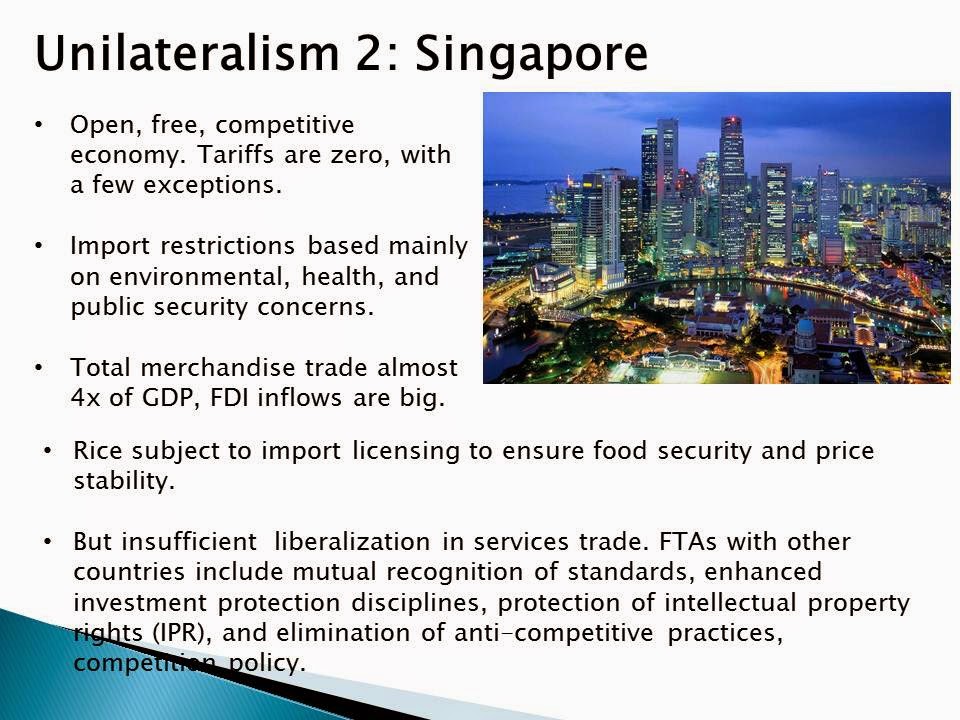 Our neighbor in the ASEAN also took this trade policy since about two decades ago and the results have been good.

Then the cases of NZ and Chile. I wanted to discuss also the case of UAE and Dubai, but I lacked time to do more research that day. 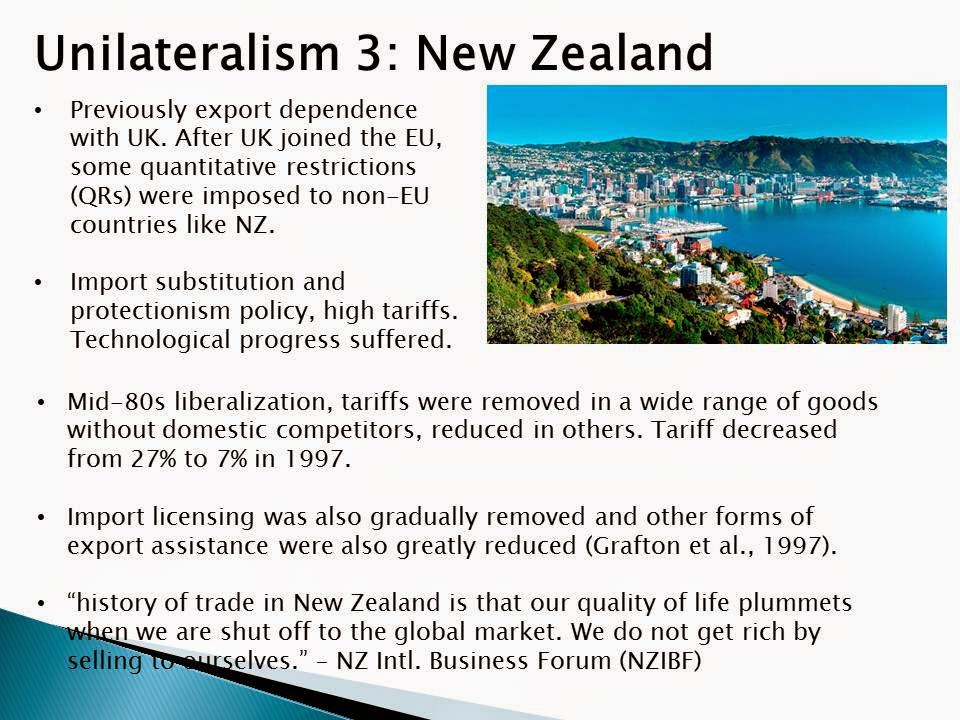 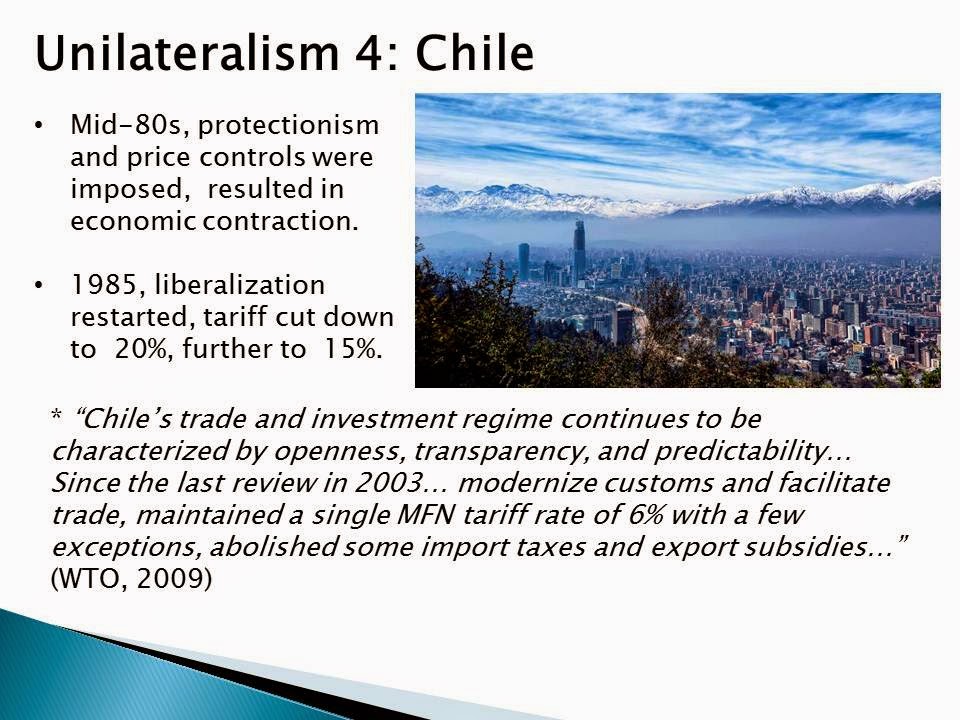 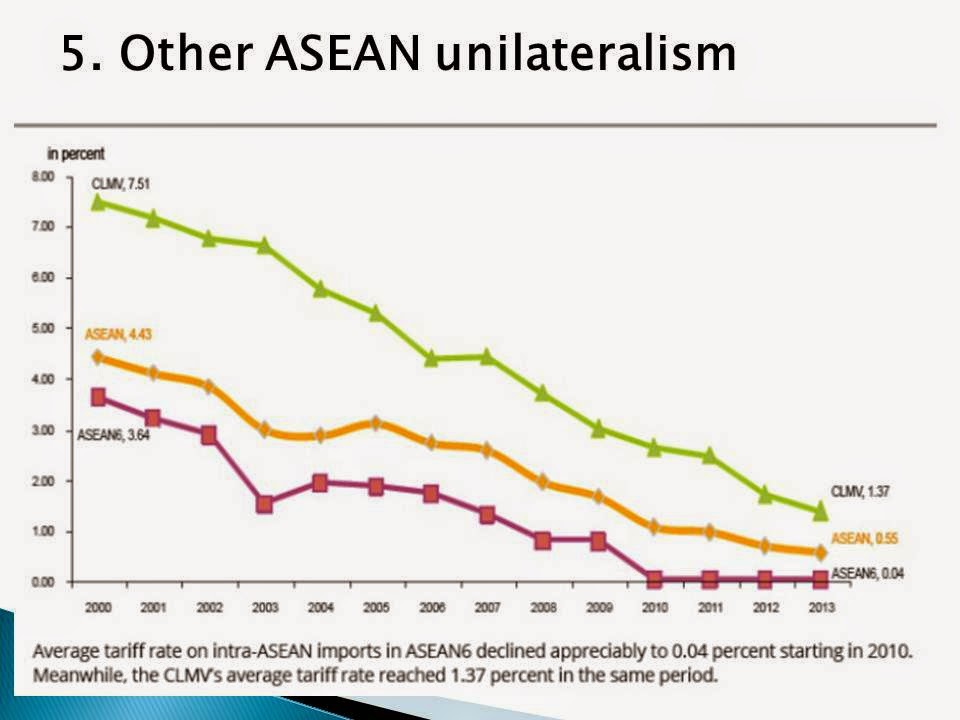 Then I discussed the Gravity Model of Trade  in analyzing and quantifying the contribution of unilateralism of four ASEAN countries, Indonesia, Malaysia, Philippines and Thailand, to their export performance and share of GDP. I will discuss and write it in another blog post. Four UPSE students, members of my undergrad organization then, UP ETC, prepared the econometric modelling and regression analysis. 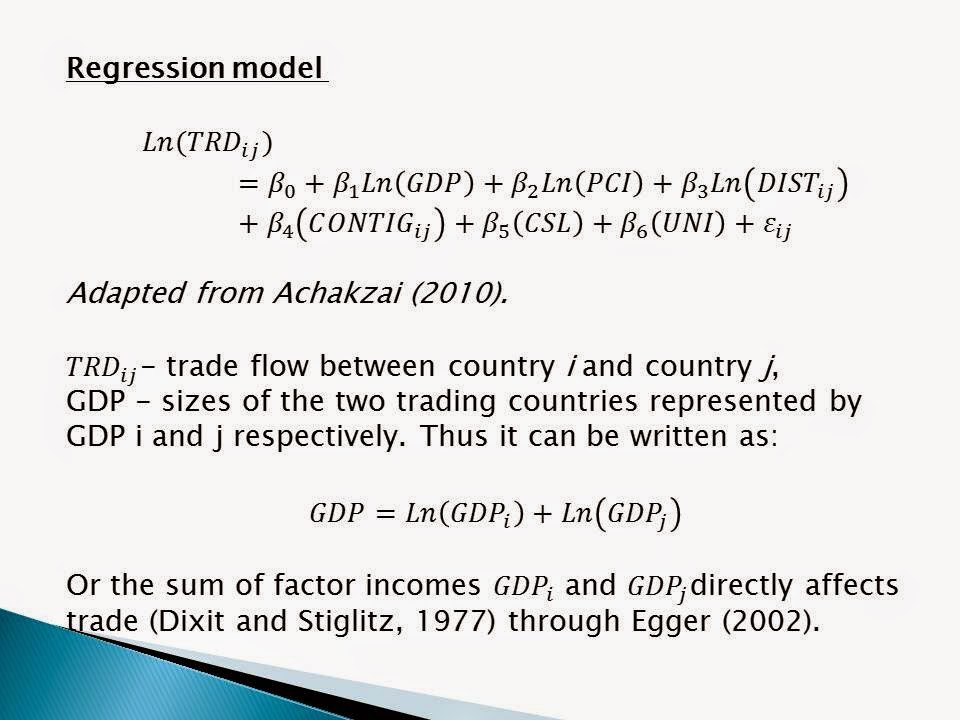 The open forum was fast and dynamic, as there were NGO leaders from Malaysia, PH, Vietnam, etc. who are not comfortable with free trade, much more with unilateralism in trade liberalization. Cris and Datuk were great in answering the questions.

Several points were raised by a participant from the Philippines, Dr. Nymia Pimentel Simbulan of PAHRA and PhilRights. She said that while economic liberalization may be good, the way it is implemented by many governments result in more poverty. Examples are (1) dumping of cheap agricultural products in the Philippines, resulting in the displacement of many Filipino farmers, Another is (2) mining where big foreign minilng companies that occupy huge tracts of land just destroy the land and rivers and they leave later with their huge profits.

I answered that in concern #1, people generally change. So while the grandfather was a rice farmer, the father is also a rice farmer, the son should also be a rice farmer, and so on. One can move from rice farming become a vegetable farmer, chicken and poultry farmer, tilapia farmer, and so on, On #2, it is not true that big mining companies also mine huge areas of the country. I think their total mining concession areas could be no more than 0.01 percent of the country's total land area. Besides, if a company has a 2,000 hectares concession area, it does not mine all of it, normally they would mine only 50 or 100 hectares and when it's mined out, it is covered with new soil and reforested. Then start mining the next area. 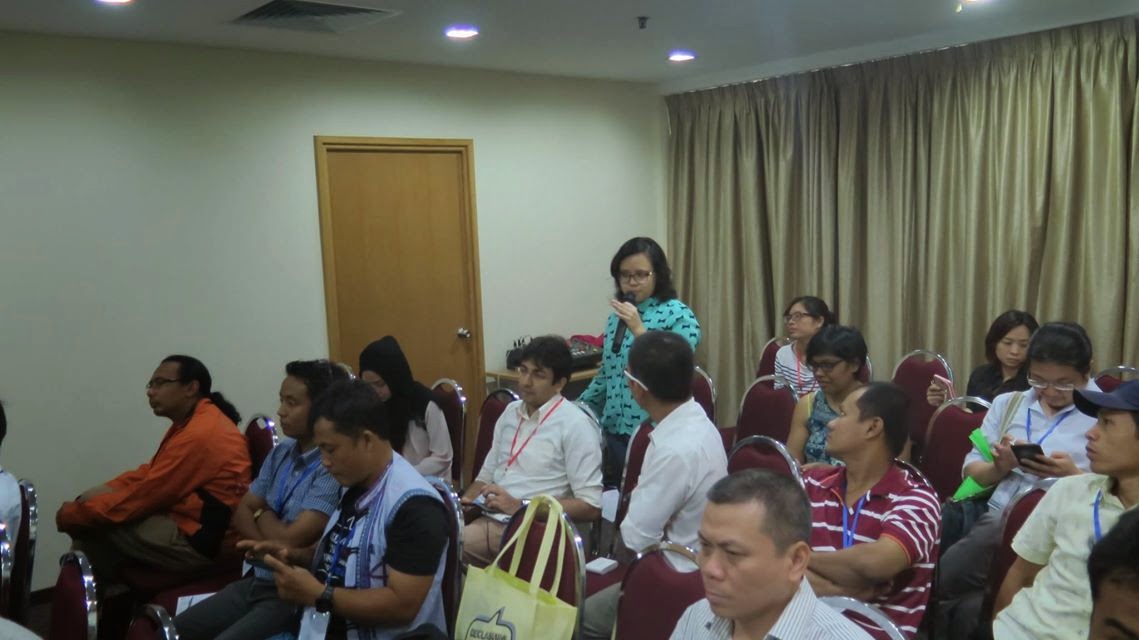 There was also a question from the audience about the impact of strict intellectual property rights (IPR) protection in pharmaceutical products under the proposed TPP Agreement where Malaysia will become a member; threats to AIDS and other patients  Wan asked me to answer that question. I said that IPRs like patents apply only to newly-invented medicines. Though patent life is 20 years, the commercial  period is only about 8-10 years as the first 10-12 years would be consumed by the various clinical trials (first with animals, then with moderately sick people, then with seriously ill patients, and so on, involving thousands of people from different countries) and regulatory approval processes.

Besides, in  the  WHO Essential Medicines List (EML), I think about 99 percent of them are off-patent drugs and vaccines, meaning there are no IPR issues and these are useful, disease-killing medicines too, at lower prices. IPR in newly-invented medicines should be respected and protected, otherwise innovator companies will have little incentives to produce and invent new, more revolutionary medicines that can  tackle new and  evolving diseases. 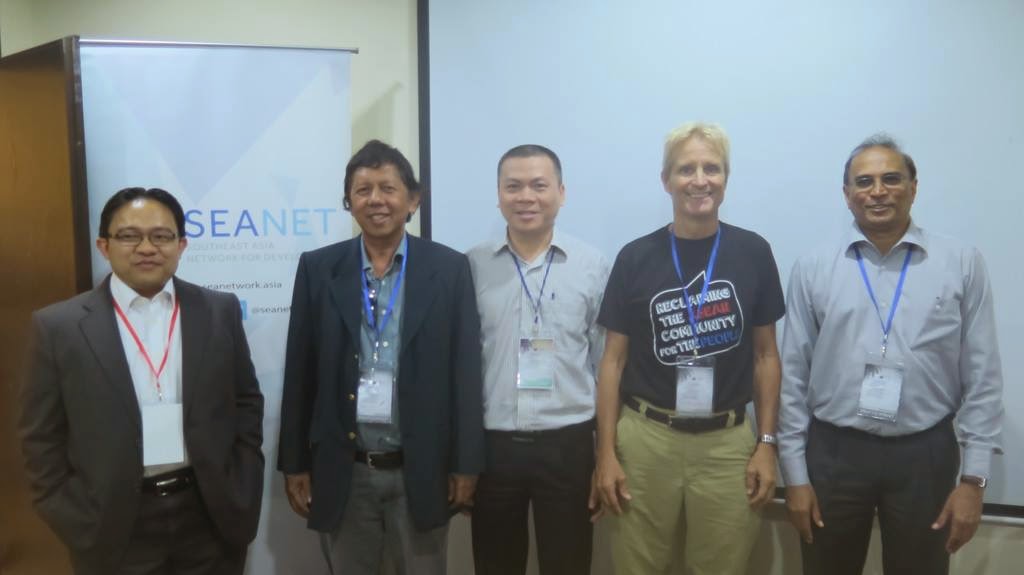 Above group photo from left: Wan, me, Minh Nguyen, Cris, Datuk. Minh is from Hanoi, Vietnam, and he is the editor of doimoi.org, a new think tank and translator-publisher of some important classical liberal books and papers into Vietnamese.

Thanks again to IDEAS and SEANET for that great forum.