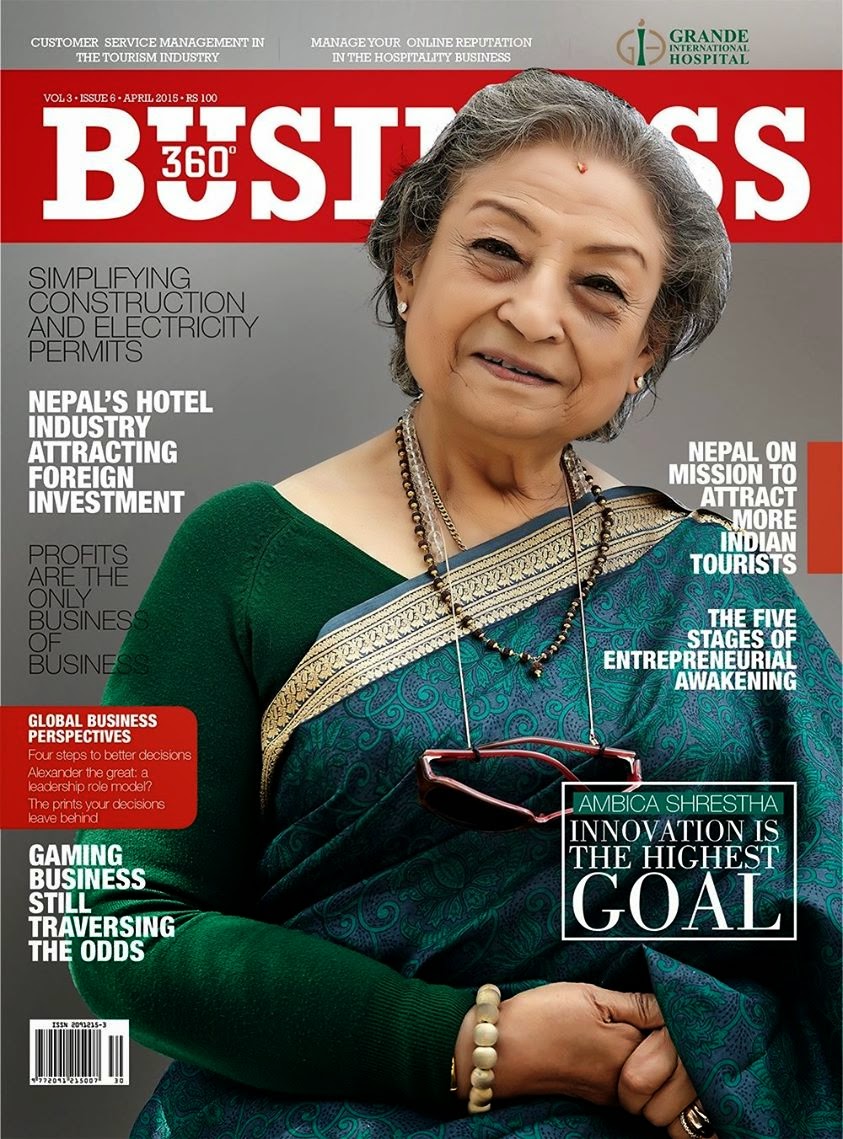 In March 2013 issue of Business 360, this column wrote about “Reducing Construction and Electricity Bureaucracies”. The basis of the discussion was the result of the WB’s Doing Business 2013 Report. Nepal was among the developing countries that did not score well in that annual report.

Societies develop and modernize mainly because of innovation introduced by private enterprises and individuals in a competitive environment. And innovation  is often stifled by unnecessary regulations, and by monopolies or oligopolies that are protected by existing regulations that discourage, or even outrightly prevent, the entry of new players.

Thus, reducing various business bureaucracies is one important policy that any government, local or national, can undertake to encourage more entrepreneurship and job creation. Which effectively fights poverty, high unemployment and high prices of various commodities.

The Doing Business annual report covers several areas of entrepreneurship like starting a business, getting construction permit, getting electricity, registering property, getting credit, protecting investors, paying taxes, international trade, enforcing contracts, and resolving insolvency. It shows the number of procedures to get certain permits, how many days or hours, and the cost to enterprises in complying with those taxes, permits and regulations.

This article will cover two of those areas, (a) dealing with construction permits and (b) accessing electricity.

When I was in Nepal in January this year, I noticed that there were no cranes in building tall structures with 10 storeys or higher. This means hard and difficult labor for the construction workers, having to  carry heavy materials by stairs or by pulley. Electricity was also erratic and unreliable, brownouts are frequent, reaching up to 18 hours a day in many areas of Kathmandu.

Below is a summary table of those two areas for Nepal. Two Asian countries are also included, Malaysia and Hong Kong. Malaysia  is chosen because it has similar population size as Nepal,  30 million and 28 million, respectively in 2014. Hong Kong is also chosen because it is a good free market benchmark for many economies around the world. 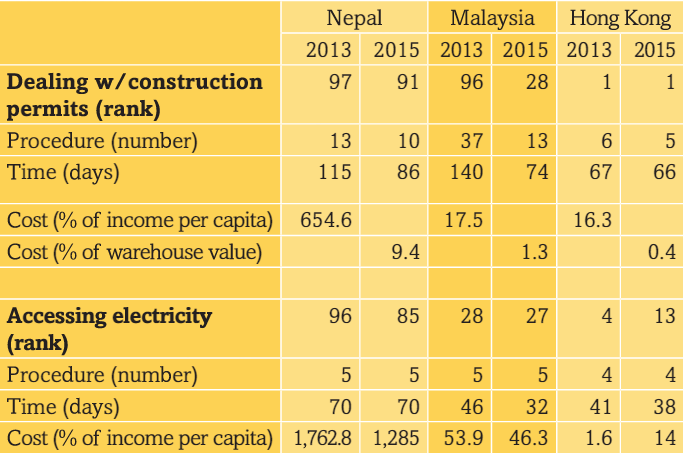 There have been improvements in Nepal in these two areas, shown by higher global rank covered by the Report. It’s global rank has improved from 97th in 2013 to 91st in 2015 in construction permits, and from 96th to 85th in accessing electricity.

It is really costly to access electricity in Nepal. A household wanting to have electricity in their new house will have to  shell  out up to 1,285 percent of per capita income, although this is lower compared to 1,763 percent two years ago. In contrast, an average household in Malaysia will pay only 46 percent  of per capita income, and only 14 percent in Hong Kong.

If it is any consolation, the situation in  Nepal is better compared to other developing countries in Asia. In  neighbor Bangladesh, it ranked 144th in dealing with construction permits in the 2015 Report, taking up  269 days and 2.1 percent of warehouse value. To access electricity, it ranked 188th (2nd to the last) as it would  take 429 days and a mind-boggling 3,890 percent of per capita income.

Myanmar in South East Asia is also worse off compared to Nepal. In  dealing with construction permits, it ranked 130th, would take 128 days and 8.8 percent of warehouse value. In regards to electricity, it ranked 121stand would take 91 days and 2,802 percent of per capita income. 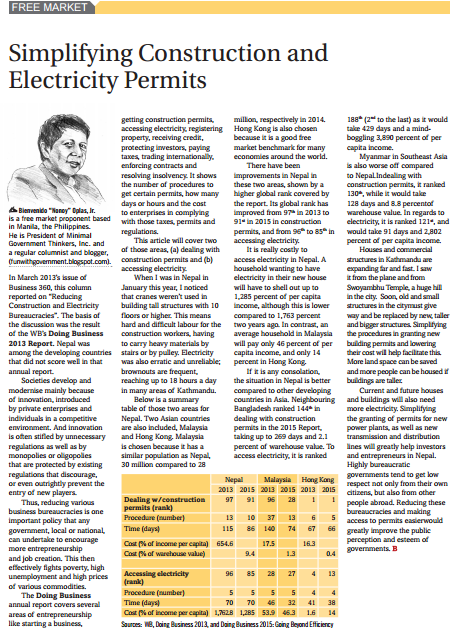 Houses and commercial structures in Kathmandu are expanding far and fast. I saw it from the plane and from Swayambhu temple, a huge hill in the city.  Soon, old and small structures in the city must give way and be replaced by new, taller and bigger structures. Simplifying the procedures in granting new building permits and their cost will help facilitate this. More land space can be saved and more people can be housed if buildings are taller.

Current and future houses and buildings will also need more electricity. Simplifying the granting of permits for new power plants, new transmission and distribution lines will greatly help investors and entrepreneurs in Nepal.

Highly bureaucratic governments tend to get low respect not only from their own citizens but also from other people abroad. Reducing these bureaucracies and making access to permits would greatly improve public perception and esteem of governments.
-----------