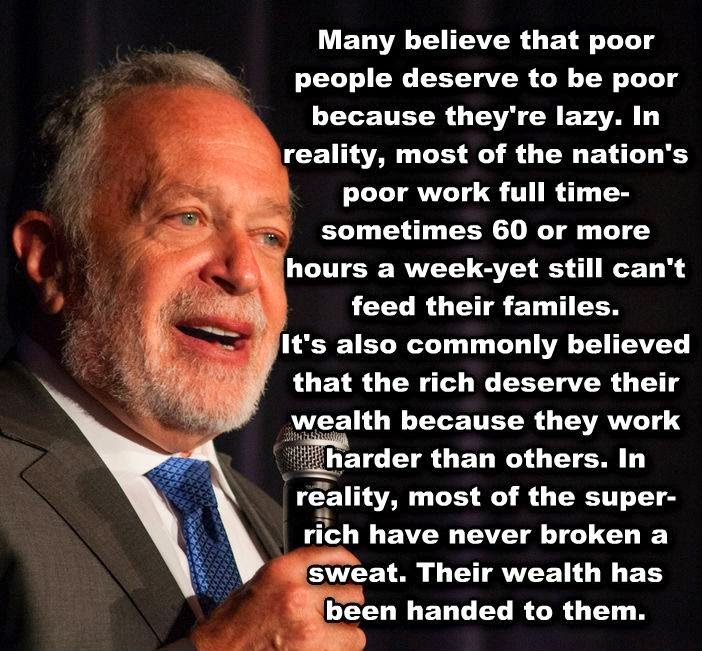 ere are some formula to be poor, 100% assurance.

1. Do not work. Or work 1 hour then complain for 2 hours about the work until you get fired or you resign. Let the parents, siblings, other relatives bail you out.

3. Work hard, save money, and spend them all in one big party, uutang pa, zero or negative savings.

1. Work hard, government gets 1/3 of your monthly income, then there are many other taxes applied to the remainder, the take home pay.

2. Work hard as informal, self-employed micro-entrepreneur, then government imposes lots of permits and fees; harassment and extortion because there are not enough permits. 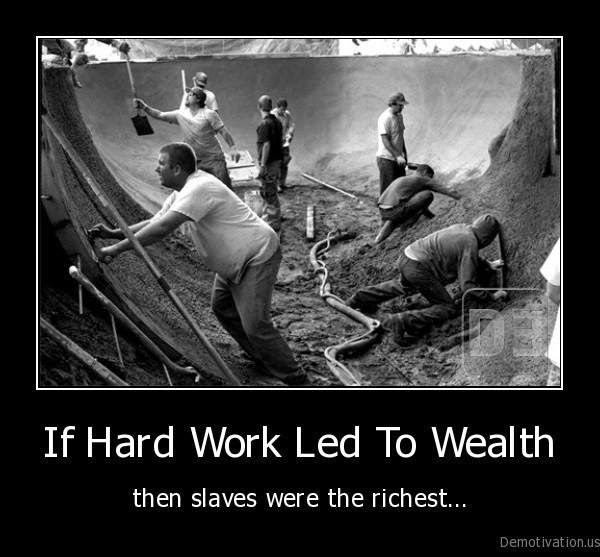 Another "hard work is not the answer to poverty reduction" meme. And it is wrong. The issue in this image is not hard work but coercion and slavery, absence of economic freedom.

Governments say they are the "savior" of the poor. They say,
"If you are poor, don't worry, we give you free education, free healthcare including free PhilHealth card, free cash transfer, free condoms and pills, free housing relocation, etc.."

About inheritance. It is correct, it is the right thing to do by parents, and governments' inheritance tax or death tax, related taxes, are wrong, they should be abolished. Why?

Having kids and the desire to give them a good future is the main driver, the "demon or devil within" among many parents why they work hard and save a lot. Instead of using the money to buy 2 or 3 other houses or luxury cars, they save the money, invest it, make it grow bigger, and give the money or investments to the kids. And that is how society progress -- continuing savings, investments and innovation. And that is how we have more material wealth, like more condo/buildings and malls, more factories and trains, and so on.

High income tax rates, having inheritance tax, are all driven by envy. Plus desire by the political and bureaucratic class to wield control over the lives of the hard working, the efficient and ambitious people. Giving money to the poor and pretending-to-be-poor is an endless alibi to confiscate more money and wealth from the hard working and creative people. The BIR or IRS or MOFs of other countries are happily implementing the philosophy and policy of envy. 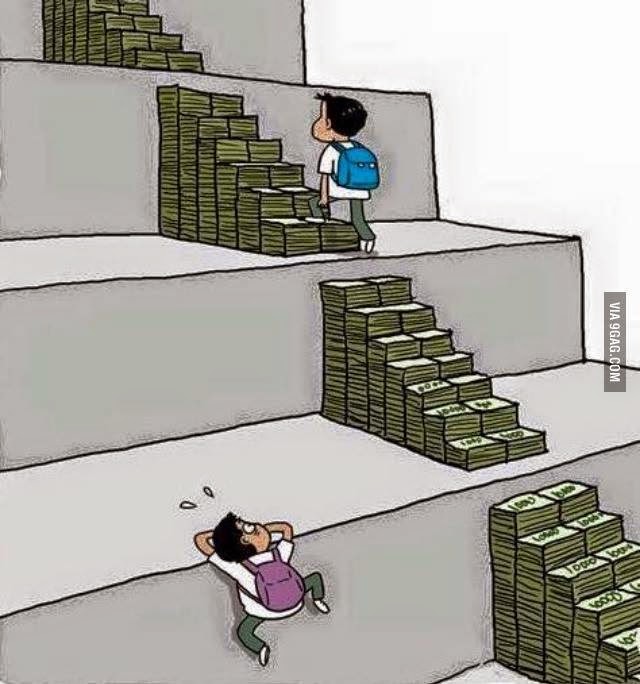 The meme shows unequal opportunity for the two boys. A variation of opportunity may help, like instead of climbing walls ala Tarzan or Spiderman, the other boy can perhaps use or borrow movable stairs. Kailangan pa rin ng diskarte sa buhay, and only inequality of outcome will force people to be more creative.

As a former socialist,  I can emphatize with the philosophy. But I do not believe that the solution is to expropriate the capitalists and entrepreneurs. I think the better solution is to allow, even encourage workers to become capitalists and job creators themselves. Do not encourage them to become employees forever if they have the talent and skills at entrepreneurship. How?

Relax the labor laws and business taxes and bureaucracies, do not make them rigid and strict "pro-labor." If a worker is tired of moving from one employer-capitalist to another because his personal standards and wage expectations are higher than what his employers would give, then he should quit being a worker and become a start up entrepreneur. Beyond start up capital, it is human relations that determine who are the successful and failed entrepeneurs. Dapat magaling makitungo sa kapwa -- with suppliers, customers, employees, creditors, technologists, etc.

Inequality is good. It is a form of reward and punishment in society how people use their time, talent, network, ambition in life, etc. The call for forced equality is driven by envy.

Some comments at the US Uncut article:

Gini Klingman. While i do believe 'generally' with is quote, specifically, statistics show only 35% of billionaires inherited either all or some of their wealth while 65% earned it all themselves. So not quite what's represented in this quote. It would be nice for a change for both sides to just give us the facts so the public could form educated opinions for themselves. Alas, this appears to be too much to ask from our leaders.

Amos Schorr This is circle jerk nonsense designed to get Facebook likes. The poor don't deserve to be poor. The poor aren't lazy. But that doesn't mean wealthy people are bad people, or that they don't deserve what they have.

It's this combative nonsense that pits people against each other in this country. Media outlets and politicians appeal to their constituents by making the people hate each other so that THEY can gain.