Very sad to see the huge destruction in Kathmandu and other places in Nepal after the magnitude 7.8 earthquake yesterday. 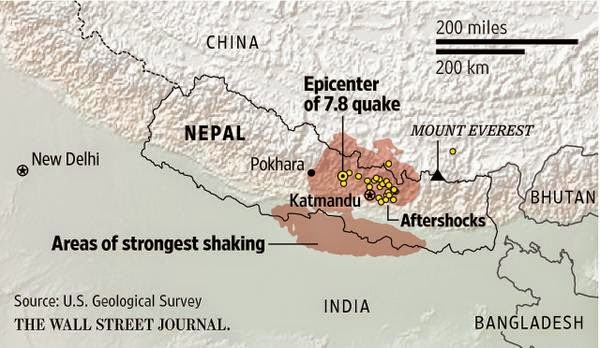 Reports as of this writing say that there were 2,500+ deaths and 60,000+ injured people. All of my Nepalese friends there were safe, but they were not exactly fine.  Yesterday they could not go home and have to stay in open areas, in case a round of strong after shocks would shake the ground again. No electricity too, some could not post updates because their phone batteries were fully discharged.

Here are some photos of Durbar Square, Kathmandu. Above, from my camera last January, lower photo from Bigyan Prajapati; not my friend but his photos were shared by some friends in fb. My good friend Charu Chadha of Media 9, which publishes Business 360 and World of Women (WOW) magazines, toured me for half day after I and Media 9 team came back from Pokhara. 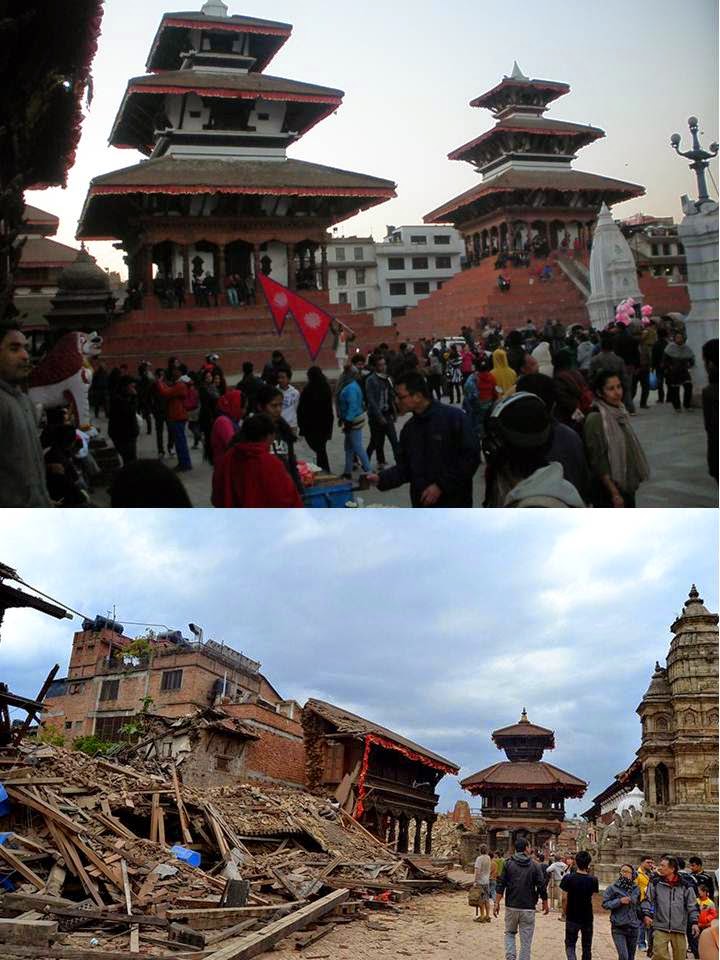 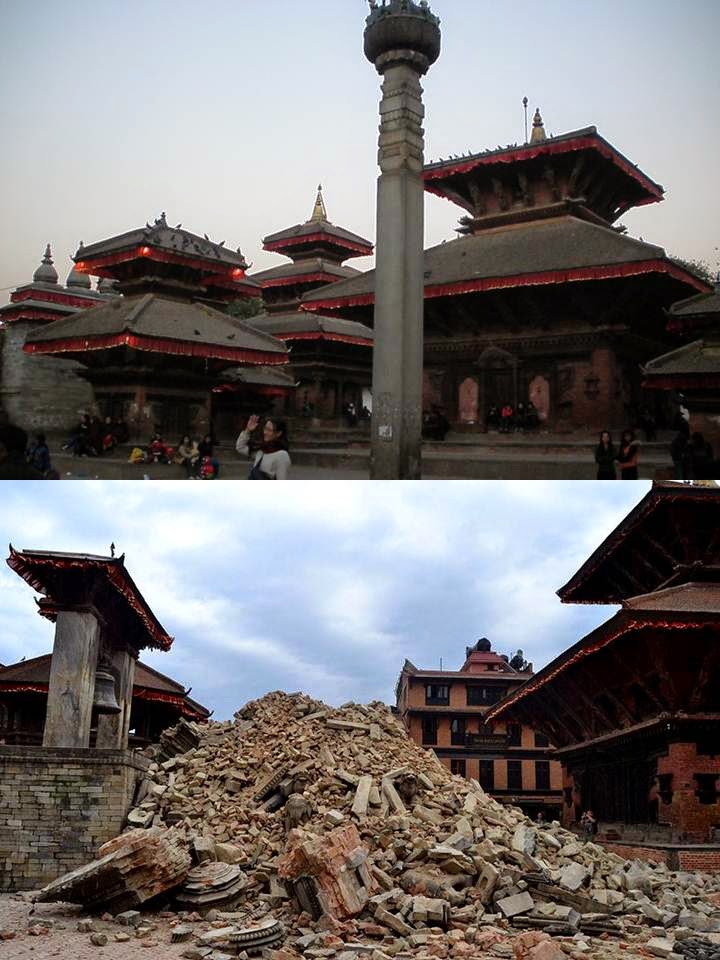 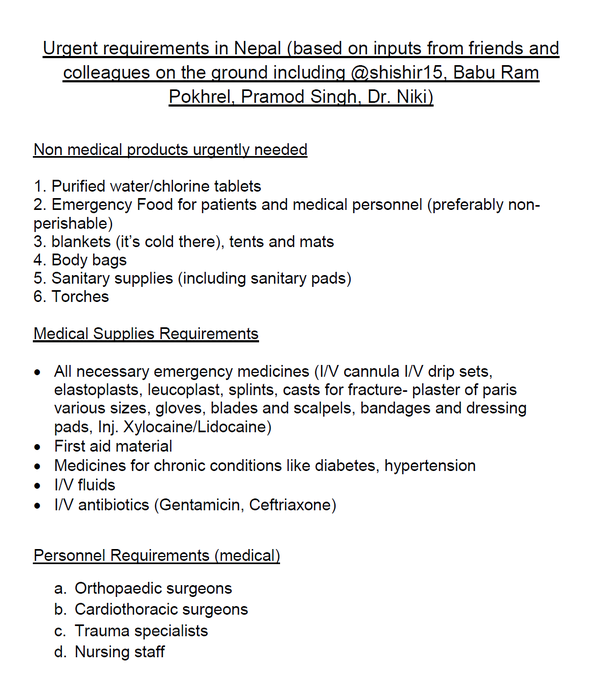 Some of the things needed urgently in Nepal, posted in twitter, #NepalQuakeRelief.

I read once that earthquakes in Nepal may not be frequent, unlike in the PH, about 5 EQs a day on average, although majority of them are weak, felt only by seismograph machines, or happen under the sea. But Nepal EQs can be strong as the Indian sub-continent continues to collide or move deeper with the Asia mainland sub-continent. Thus, Mt. Everest and the other Himalayan mountains keep rising higher.

There should be hundreds, even thousands, of donation drives ongoing worldwide by now. Many of them should be honest and reliable but a few could be bogus. If you wish to help, I can recommend one or three groups that are honest.

1. Media 9, Kathmandu, headed by its Editor, Charu Chadha.
2. Samriddhi The Prosperity Foundation, headed by Robin Sitoula.
But I don't know if they are launching their own donation drives; will update if they do.
3. Krishna Neupane, a friend who used to head a small think tank, Limited Government Nepal, http://www.gofundme.com/sxmud5h9.
-----------

Also my travel blog, previous articles about Kathmandu and Nepal in January and February 2015: Kathmandu to Pokhara by plane, Tribhuvan Airport,  Durbar Square, Swayambhu Temple, Kathmandu from the Air.
Posted by Bienvenido Oplas Jr at 12:37 AM