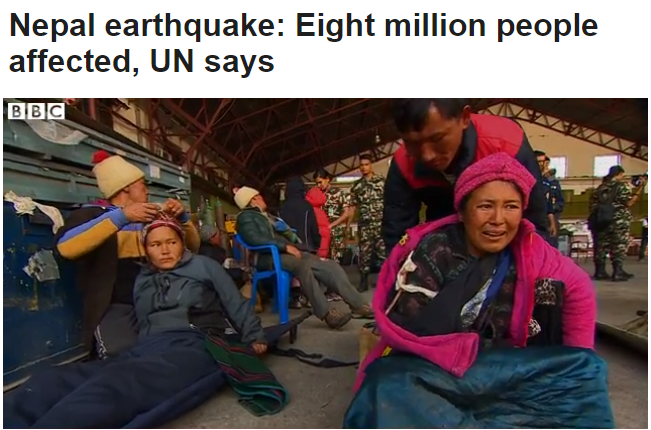 The strong earthquake that hit Nepal last Saturday has affected so many people. This BBC news today quotes a huge figure from  the UN.

When I was in Nepal  last January, I took some photos of Kathmandu and Pokhara from the plane.

These three shots were taken last January 12 afternoon, The plane was descending. Smog and smoke blurs the view of the mountains. There are very few buildings that are 10 storeys or higher. 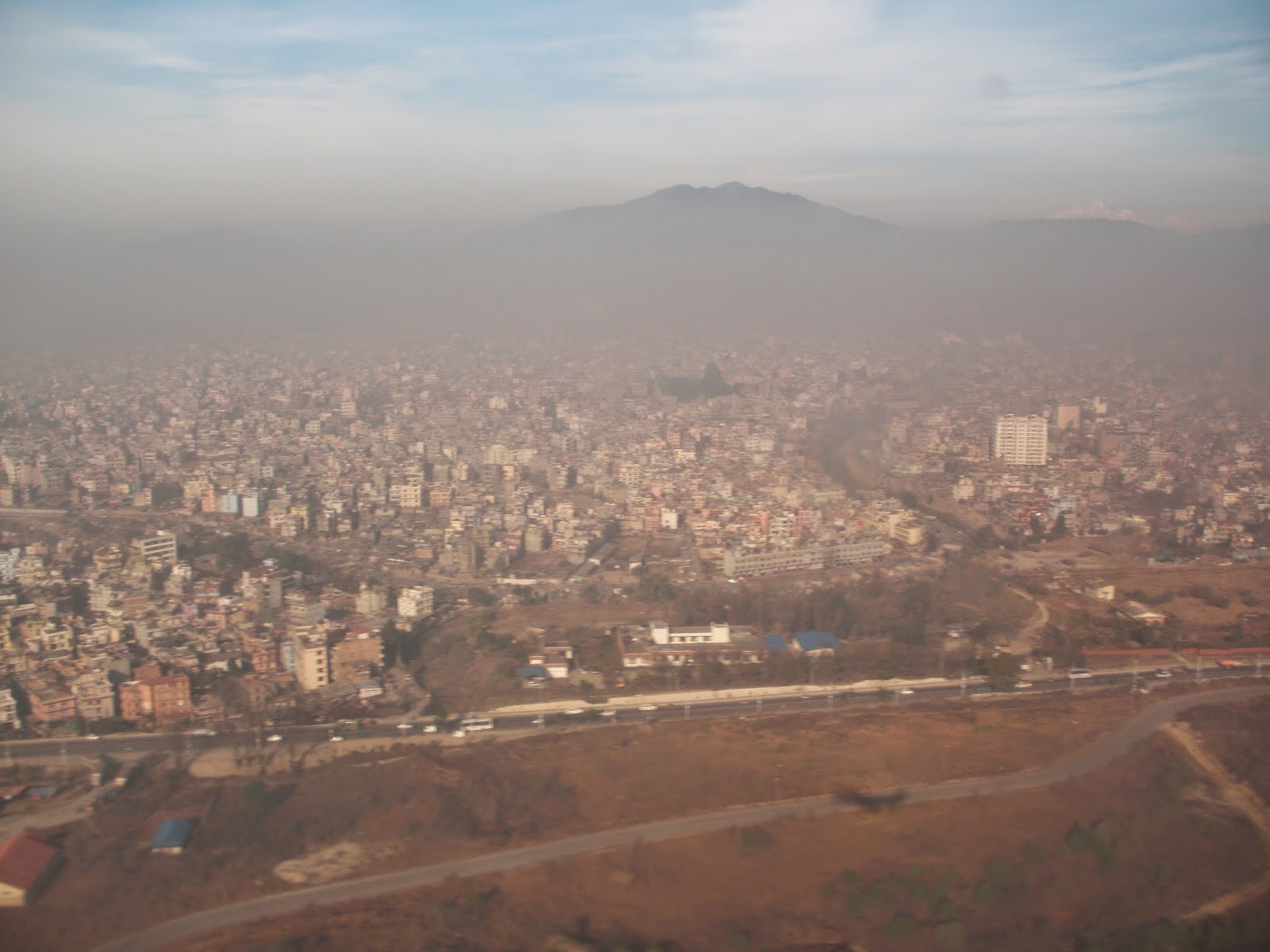 Dust and smog blurs the view of the city. Some roads are unpaved and hence, dust rise when vehicles pass by. The roads between rows of houses and structures are generally narrow, they are not visible from this elevation. 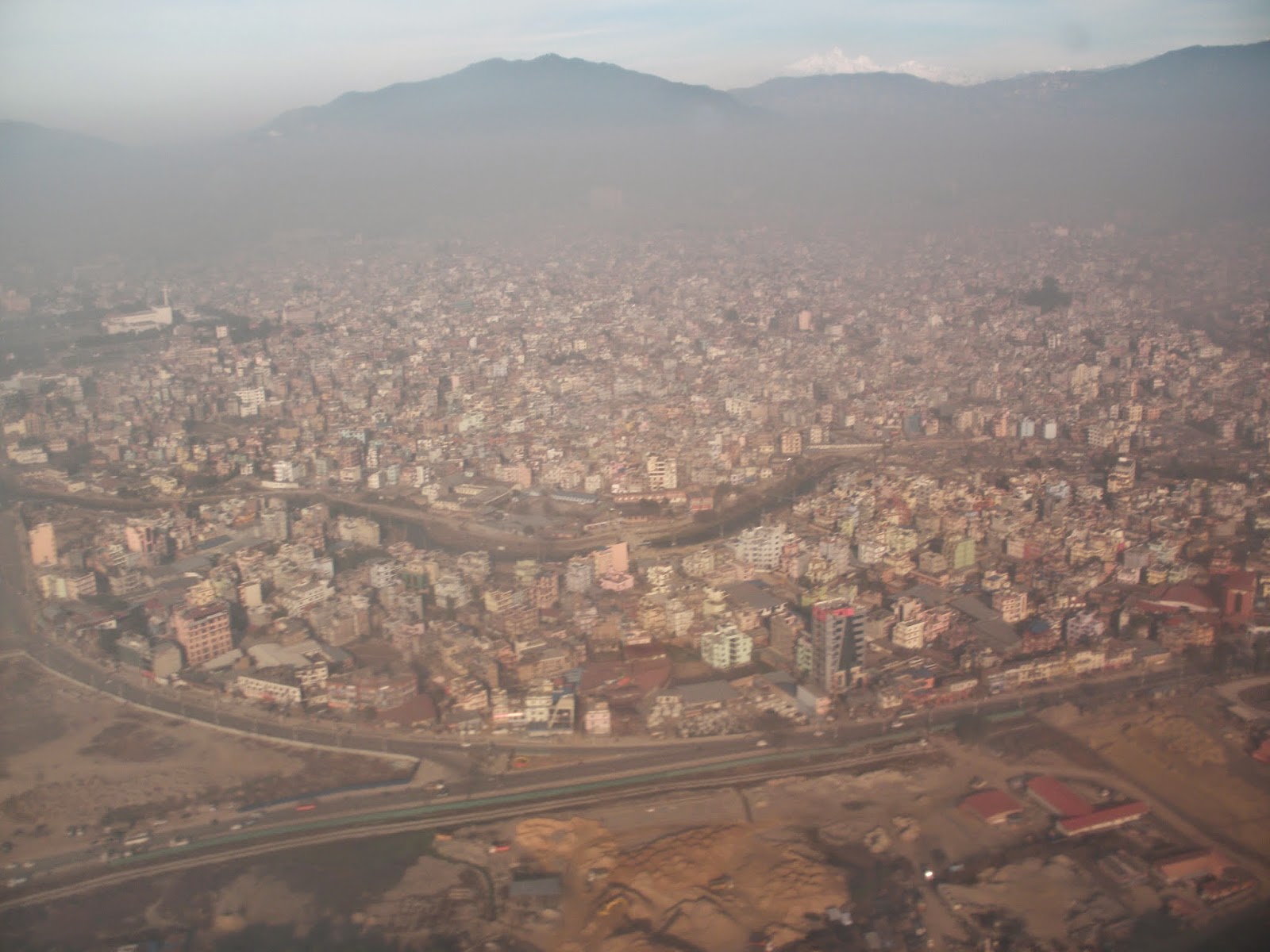 The houses are generally bungalow type. I do not know how sturdy were the steel foundations that can protect the structure from strong ground movement. But very likely, their building quality is lower or weaker compared to big and tall buildings that are welded by strong steel bars, which are good protection against strong earthquakes. 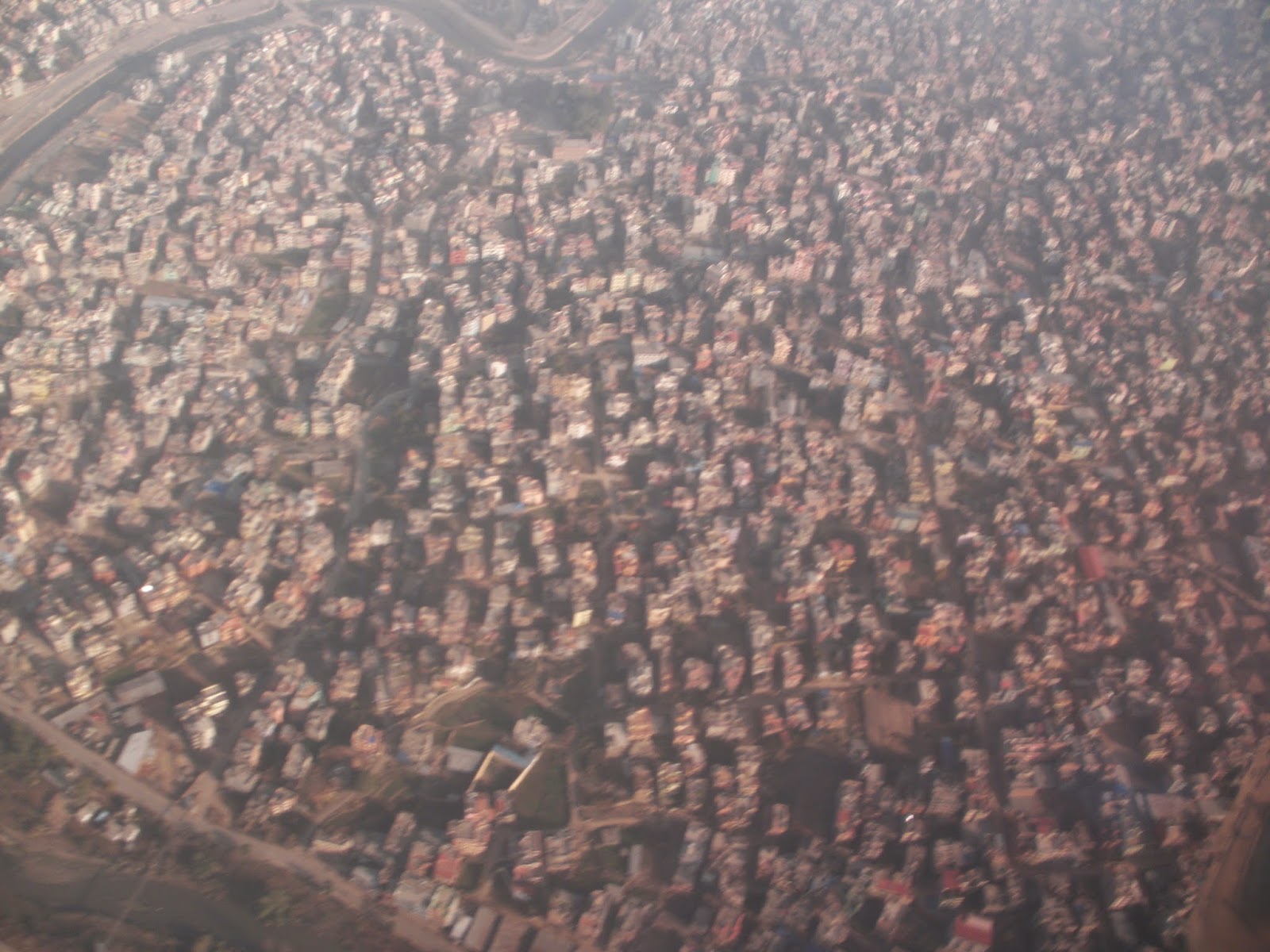 Below, some shots of a deforested hill in Pokhara, converted from forest to non-forest use, mainly for agriculture and human settlements. 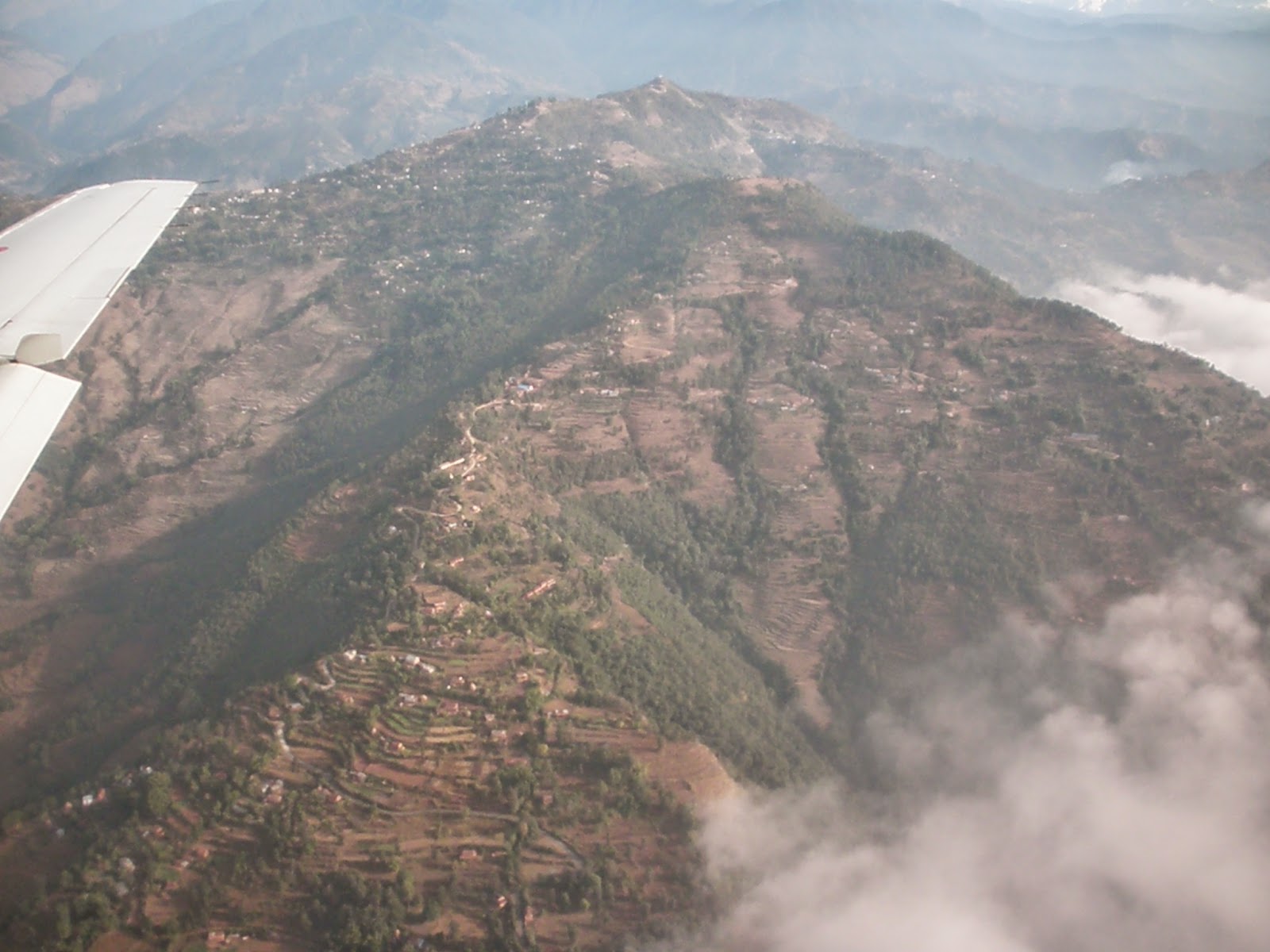 Steep hill sides are stabilized by rows of terraces. Columns of trees serve perhaps as boundary markers between and among private lands and farms. 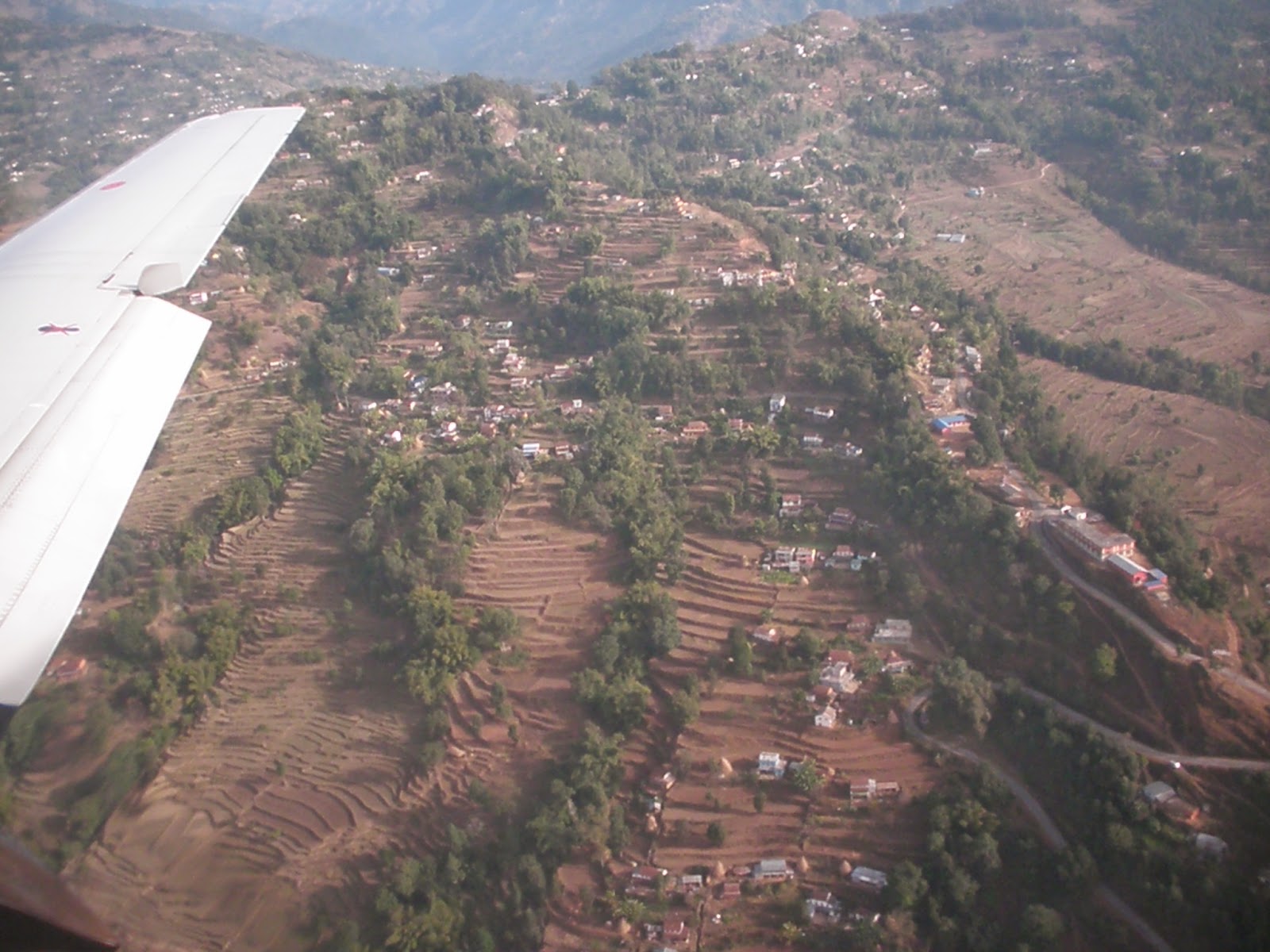 There are many houses in this hill. When there are strong earthquakes, they are prone to dangerous landslides. 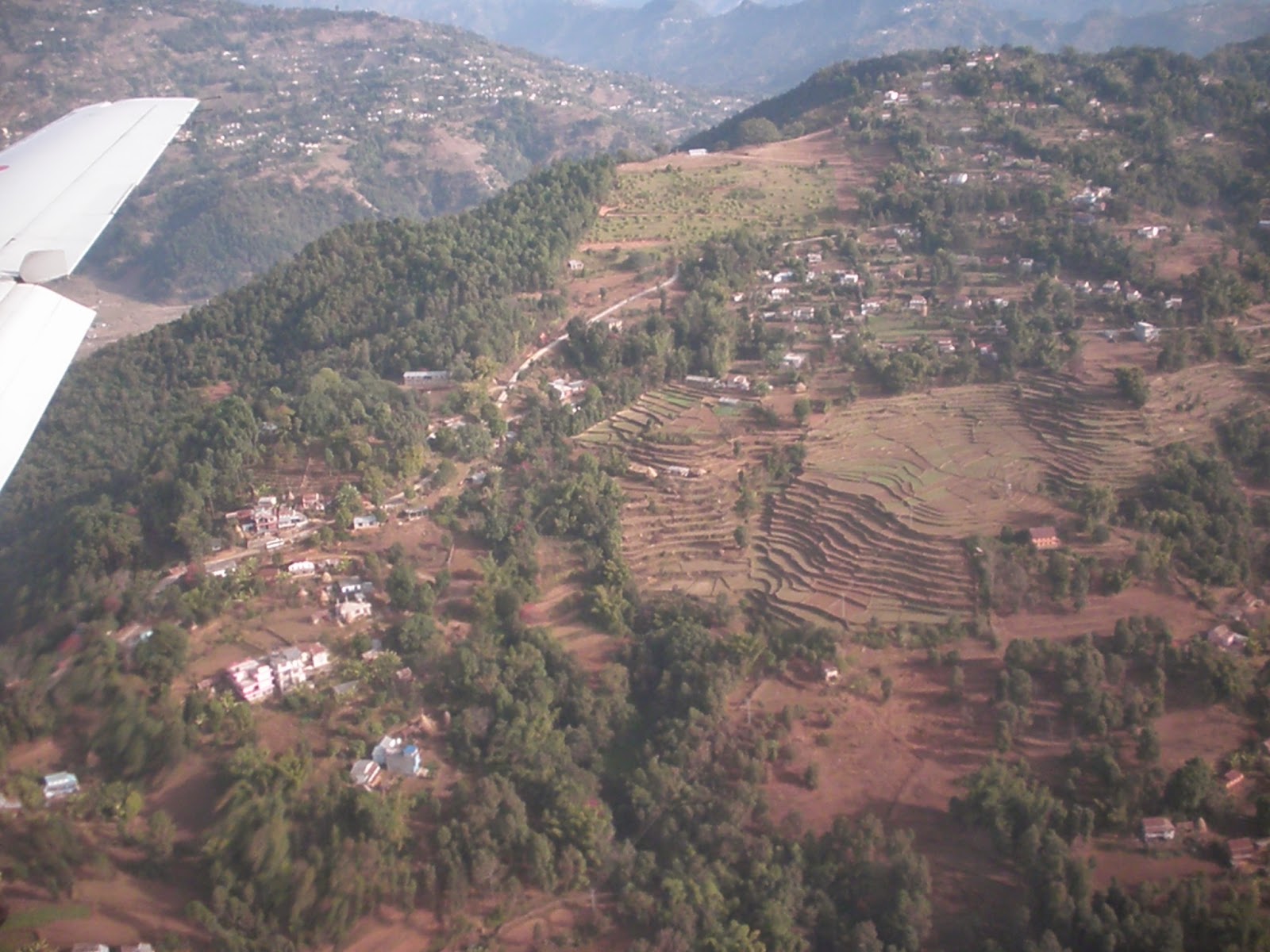 In Nepal, municipalities are the responsible agencies to issue building permits, but only three out of 58 municipalities have tried to incorporate the national building code into their permit process, Naresh Giri said in a 2013 report for PreventionWeb, an information portal for the disaster reduction community. Even these attempts have been “too limited and lack the necessary verification to ensure compliance,” Giri wrote.

Land-use plans and building code requirements aren’t applied in the countryside and they’re not enforced in slums and other informal urban settlements, said Charlotte Benson, a senior disaster risk management specialist with the Asian Development Bank in Manila.

From the WB's Doing Business annual reports, the procedures to get a construction permit in Nepal do not look too many. What pulled down  its global rank is the huge amount of fees and taxes that the Nepal government, national and local, impose on its people.

This earthquake should be a lesson for the Nepal government, to avoid high bureaucratism in giving construction permits. The people should use their money in buying more steel, more strong materials for their  houses and buildings, not in paying more fees and taxes, and possibly bribes, to government officials in  charge of granting the construction permits.

Earthquakes (EQs) are part of nature. Along with volcanic activities, they can create new islands, sink old ones, raise an  existing land or mountain, and so on. People and even geologists will never know when and where the next big EQs will happen. People can only prepare by having more sturdy houses and buildings and in the  process, minimize damages and casualties.
---------------