AEC 8: Trade, Competition and Innovation in the ASEAN 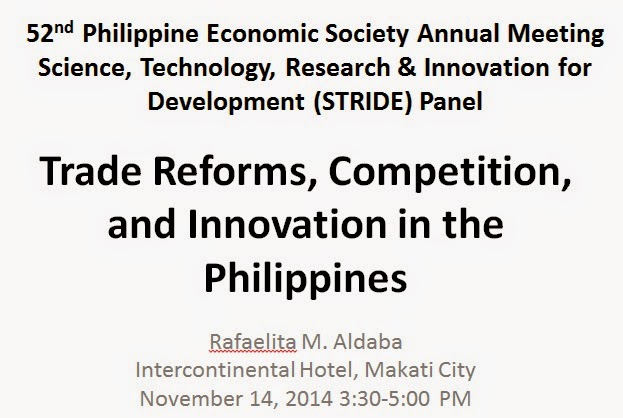 November last year, I attended the Philippine Economic Society (PES) annual conference. Several panel discussions to choose  in the afternoon sessions. I think I missed this STRIDE panel  because I attended the panel on energy policy. Copy-pasting portions of this  presentation by Dr. Rafaelita Aldaba, formerly with PIDS and been Assistant Secretary at the Department of Trade and Industry (DTI).

I think many of the analytical tools and recommendations here can apply to the rest of  ASEAN and other countries.

Some useful data on R&D spending for some ASEAN countries. 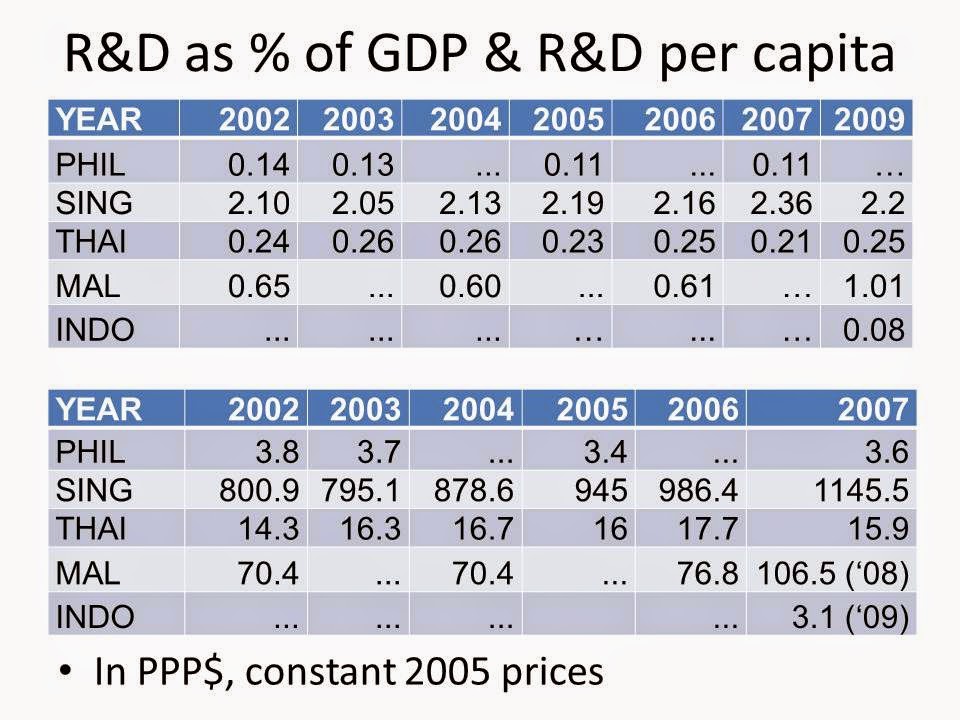 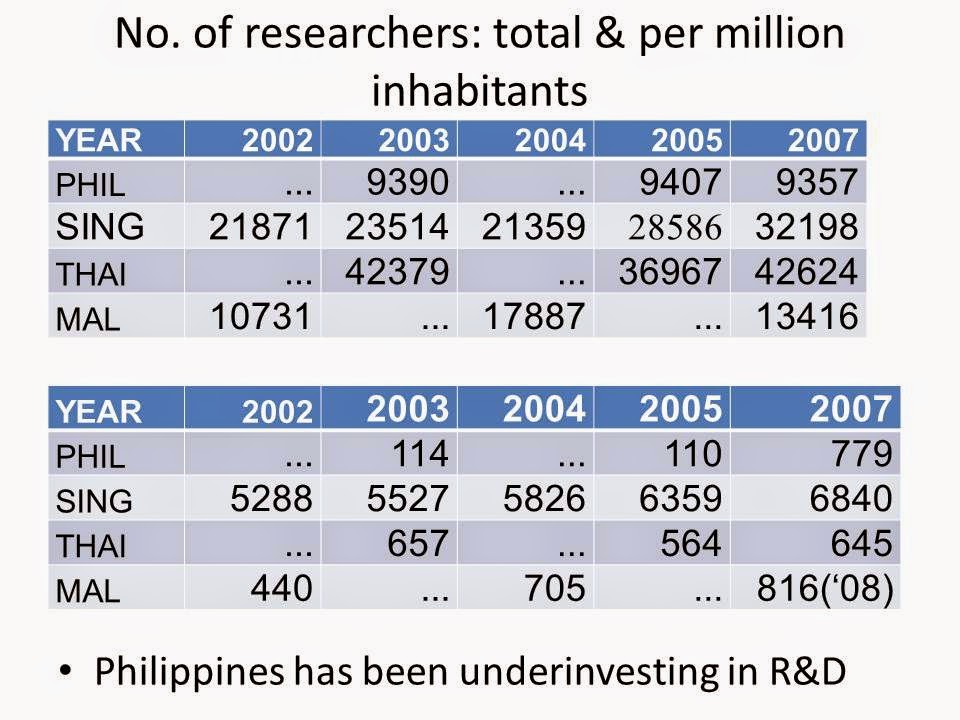 * Gorodnichenco et al (2009): negative relationship especially for firms far from frontier, no evidence of inverted U

* Trade has a pro-competitive effect, open trade regime is a powerful instrument to discipline firms that have market power 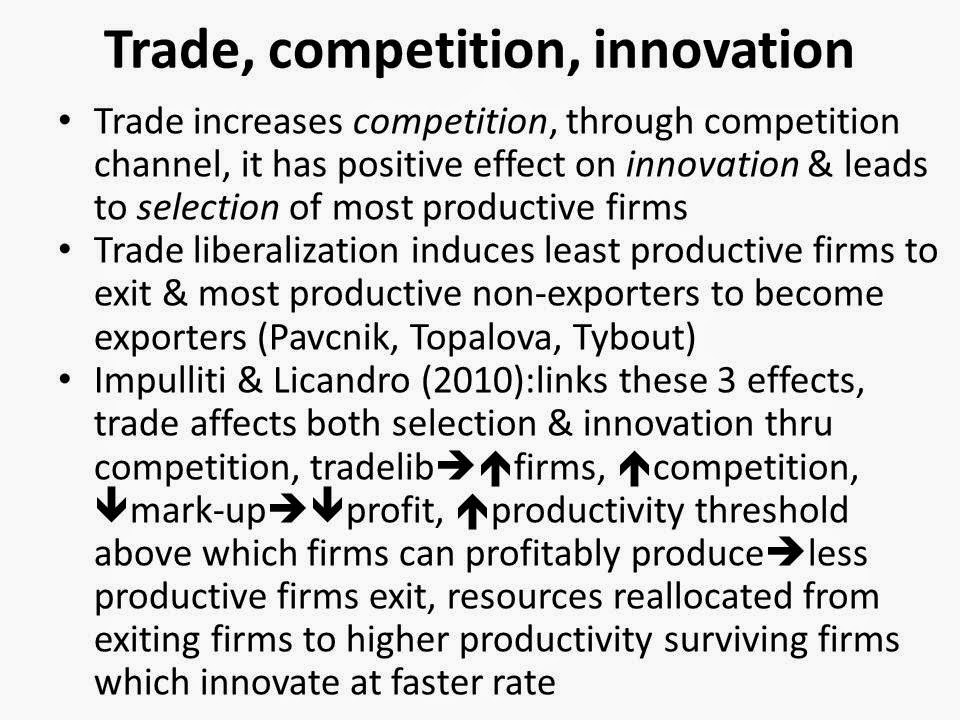 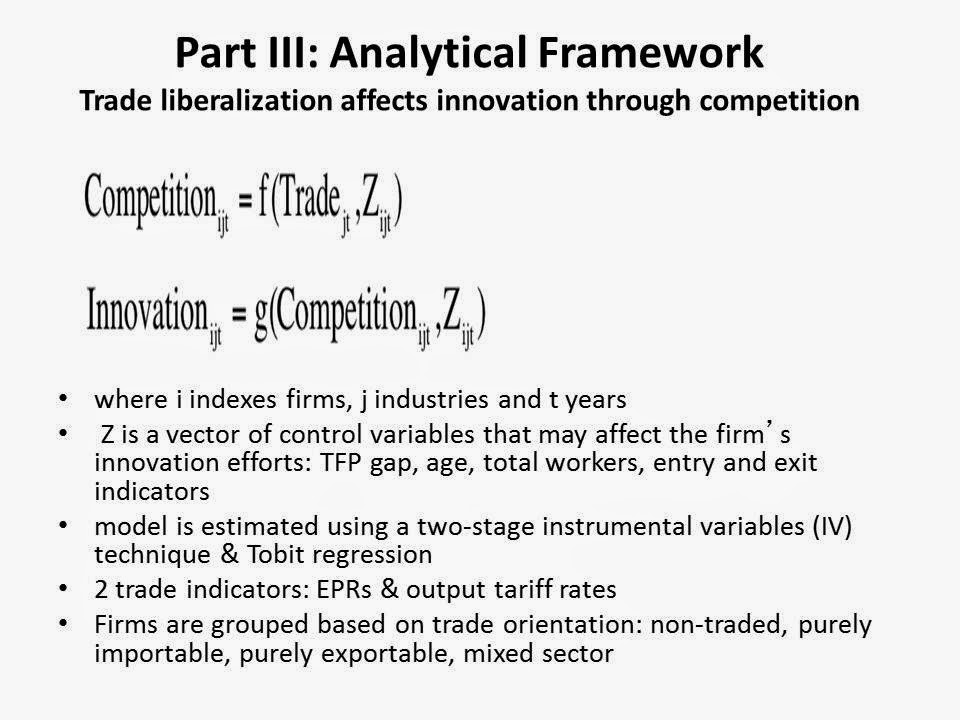 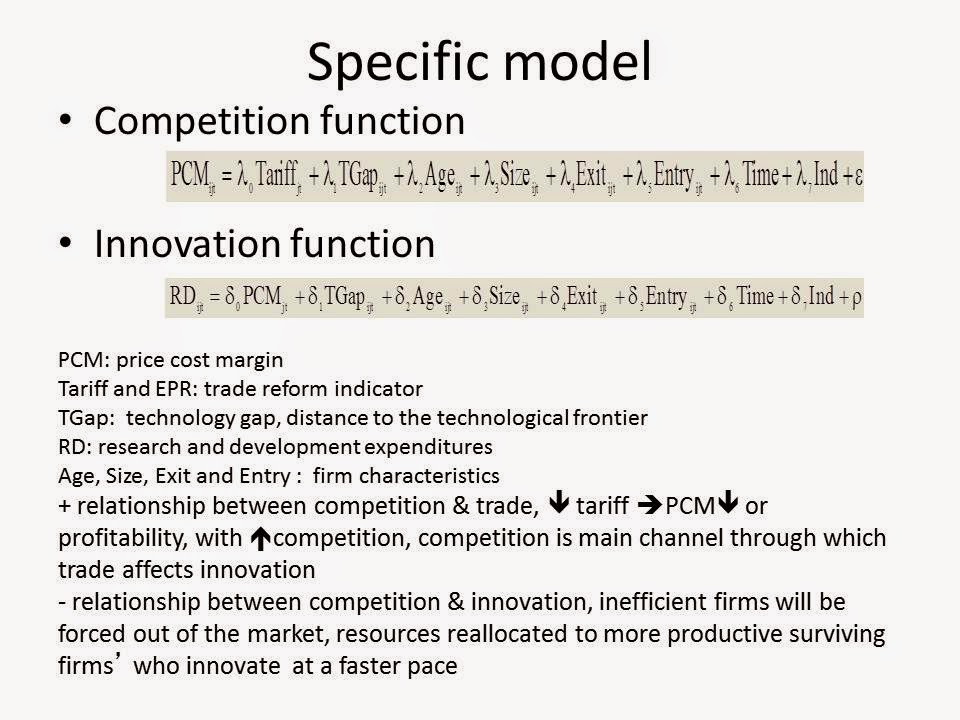 * For overall manufacturing, both IV & Tobit results show that with tariff as trade indicator, trade reform has a strong positive effect on competition which leads to a significant positive impact on innovation activity