Singapore, LKY and the PH Archipelago

The quick development and modernization of Singapore (expelled from Malaysia August 1965) into an industrialized economy in just about two decades is indeed phenomenal. The role of former PM Lee Kuan Yew (LKY) as Singapore strongman plus the market-oriented economy it adopted were key to this fast development. 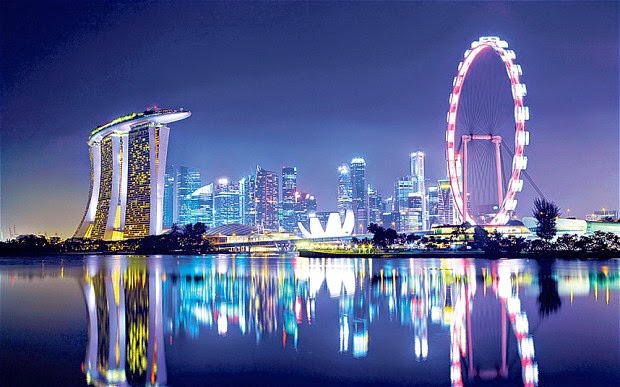 Why LKY was able to develop Singapore, compared to Marcos of the PH and Suharto of Indonesia? A friend of a friend has a witty but good explanation: LKY and Singapore (and Korea, Japan, Taiwan, HK, China) are Confucian. Marcos and Suharto were just confused. :-)

A friend posted an  article, "Lee Kuan Yew and Ferdinand Marcos, What a Difference!" (no links or source was given) and on  its opening paragraph declared,


An Australian living in the Philippines published a book titled: “The Unlucky Country. The Republic of the Philippines in the 21st Century.” The author Duncan McKenzie came up with the title as the counterpoint to “The Lucky Country” a book written in the mid-sixties that refers to Australia. In his book McKenzie explains that the Philippines is unlucky because, for starters, it is an archipelago and therefore naturally fragmented. In addition, it is a land plagued by “frequent disasters, both man-made and natural.”

If Marcos and  Suharto were confused, so is the  author of that book. We are not an "unlucky country" because we are an archipelago, prone to natural disasters.

Germany had to wage a big war in WW2, partly to have access to the bigger ocean on the west, not just the cold and smaller north sea. Tourists anywhere in the world flock to islands and countries which have beautiful beaches. In short, being an archipelago is an advantage. But it depends at different individuals. Confused people would say it is a disadvantage.

Disasters like huge or frequent volcanic eruptions, huge and frequent earthquakes, strong storms, they are fine. They are good actually. No volcanoes and earthquakes, no Philippines. The entire archipelago came from under the ocean, thanks to volcanoes and tectonic upward movements. Many decades from now, we will have a new, huge island, about as big as Luzon perhaps, slowly rising from the sea, the Benham Rise or Benham Plateau. From about 5 kms below sea level, it is now around 3 kms below sea level, or has risen by 2 kms. Volcanoes and earthquakes are great. They rock :-)


Back to LKY. It boils down to one thing -- rule of law. When he declared "no stealing", he meant that it applies to his peoples as well as to himself and his family. The law applies equally to the governed and governors, the administered and administrators. In contrast, Marcos, Suharto and other dictators had rule of men. The laws and prohibitions apply to their people but not to them and their friends. Thus, ordinary people should not steal, but they can.

Email ThisBlogThis!Share to TwitterShare to FacebookShare to Pinterest
Labels: rule of law, Singapore