Among the most inefficient and corruption-prone agencies and  bureaucracies in the  PH government is the Land Transportation Office (LTO) under the Department of Transportation and Communications (DOTC). Below are some  of the memes and photos circulating in  facebook, twitter and other social  media. Recent Presidents of the PH from 1992, top to bottom: Fidel V. Ramos (FVR), Joseph "Erap" Estrada, Gloria Macapagal Arroyo (GMA), Benigno S. Aquino (BSA). 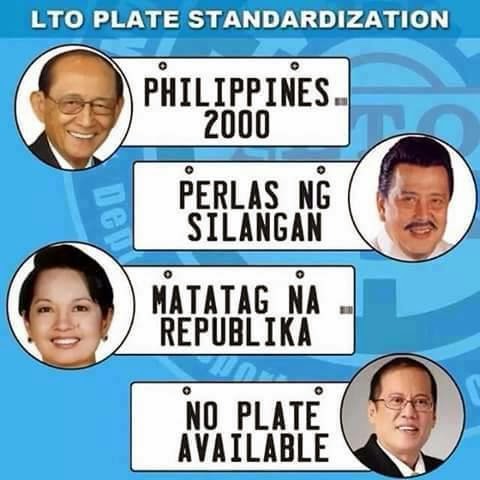 This and related photos are posted in the fb pages of Top Gear PH, kotse.com, etc. This occurred not just this year but 2 o 3 years ago. LTO and DOTC officials should be ashamed of this. 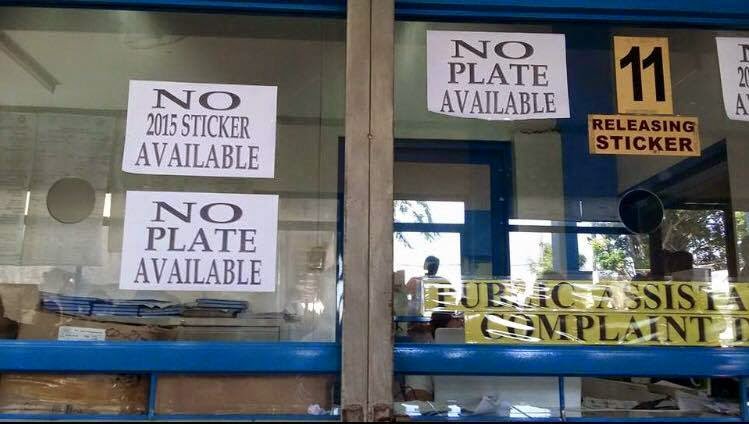 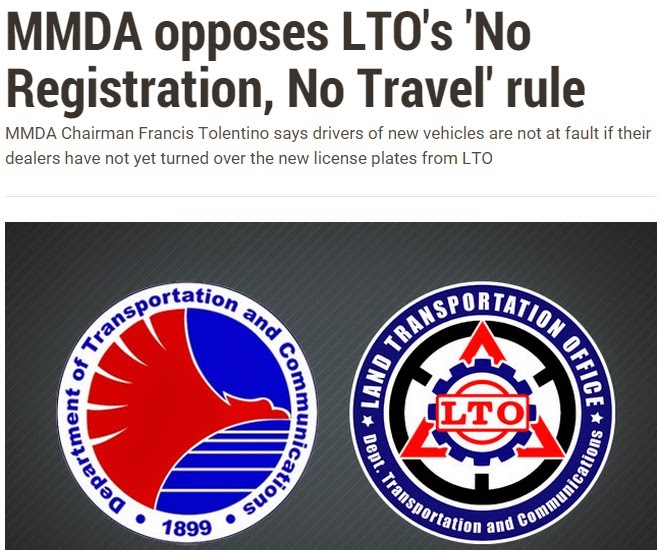 (This report is from Rappler, April 01, 2015.)
LTO + police officials flag down new cars with no plates, harass or penalize the drivers and car owners, arguing that the plates have been  released to the car dealers.

A friend, former head of the  National Statistics Office (NSO), Dr. Tomas Africa, posted in his fb wall this week, April 1, "I don't care who is more inefficient. We need to use the vehicle we bought from Ford EDSA Greenhills on 29 January 2015. It still has no license plate up to now. Starting today I can't use it. 62 days no license plate, 1 day no travel."

Two months with no plate, wow. My other friend got his plate after almost one year. Horrible LTO. 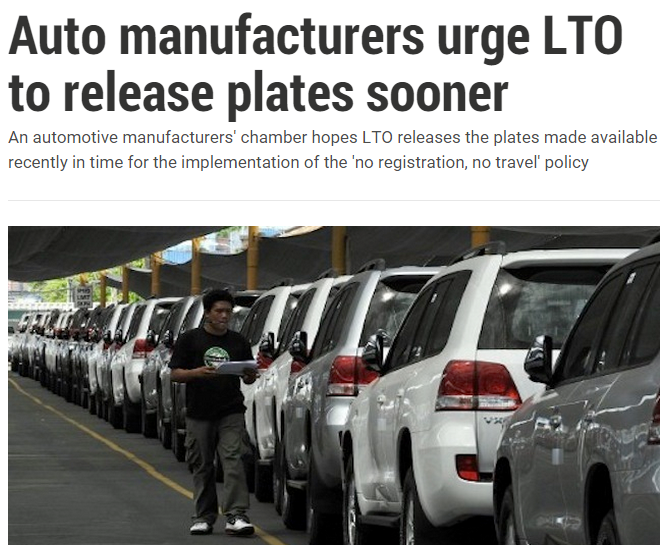 Car manufacturers and dealers point the finger to the LTO. This Rappler news last April 01, 2015 says that "The Chamber of Automotive manufacturers of the Philippines Incorporated (CAMPI) is urging the Land Transportation Office (LTO) to release plates recently made available as the government implements the "no registration, no travel" policy effective Wednesday, April 1.

“We hope LTO can release plates made available recently, in time for the policy's implementation," said CAMPI President Rommel Gutierrez." 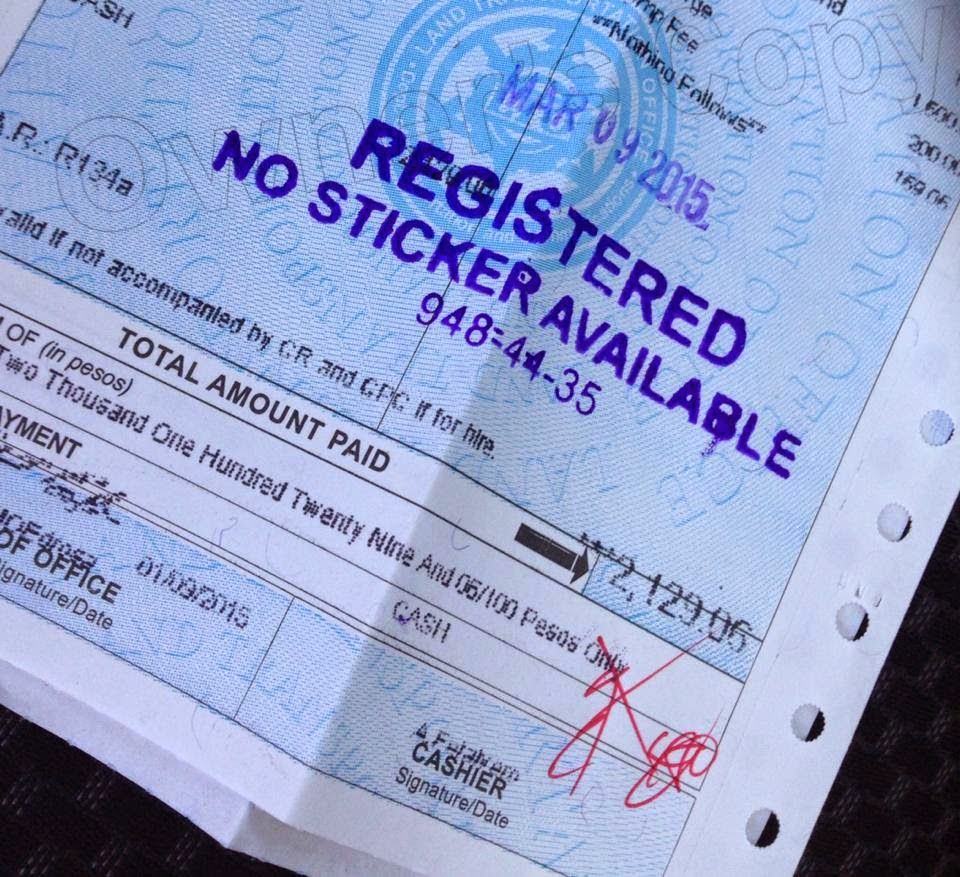 And not only No Plate for new cars, No Sticker also for old cars which require annual vehicle registration with LTO. Like this photo.

My car has no sticker for two years now, 2013-2014. That "Registered, No sticker available" is stamped on the registration paper. I need to register my car again this month, Will I get that stamp again, for the 3rd year straight?

Getting plates and stickers should be easy, if no irregular transactions are happening.

This is not to say of course that the LTO-DOTC is the "odd man  out" among PH government offices and agencies. Inefficiency is generally the rule and not the exception. It's just that some agencies are more inefficient and wasteful than others.

And this is not a call  for "Big but good governance" either. As government expands, wastes and inefficiencies also expand. A simpler way is for the DOTC to have vehicle registration every 3 or 5 years, like passports and driver's license. Anyway, the LTO-DOTC can suspend the registration of any vehicle and prohibit it from being used on the roads if the driver and/or owner was involved in some serious cases like hitting seriously a pedestrian or another vehicle causing serious injuries if not death. Shrink the bureaucracy and we will shrink the inefficiencies and  wastes.
-----------