Last month when President Duterte went to Seoul, he spoke before Filipinos. After his speech, he invited some Filipinas, Duterte supporters of course, to come up stage. After a brief chit-chat, he kissed one Pinay lips to lips on stage, in front of local and foreign media. The Pinay is married to a S. Korean. 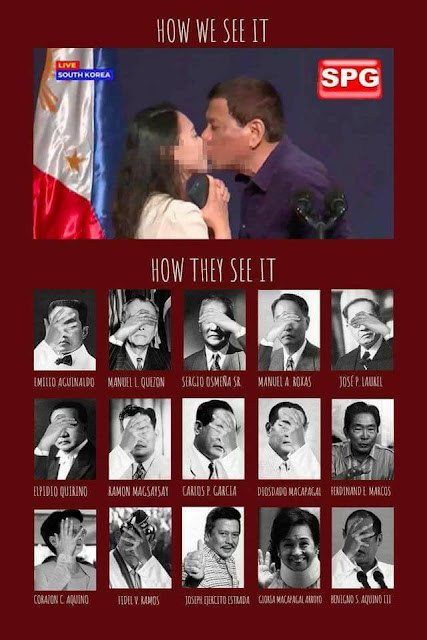 And many versions of the "Duterte kiss" have sprouted, like this. 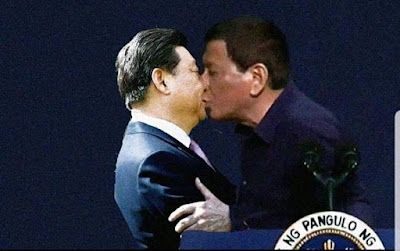 Another satire news, not a real newspaper. Mocha Uson is a former bold star, she has lots of nude photos on the web, and now a Duterte official. 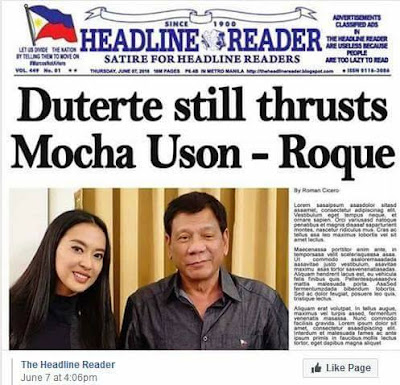