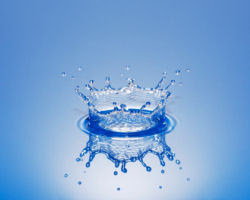 Water, clean drinking water, should be the second most important or most urgent thing needed for human survival, next to air. And like education, health care, housing, other sectors, there is a continuing debate over who can better provide clean drinking water to billions of people in the planet -- the government or private water companies (with heavy government regulation, of course).

This is among the subjects being tackled by the Fifth World Water Forum (March 16-22, 2009) which began in Istanbul, Turkey, the other day. Reports showed however, that many activists opposing water privatization begun to create trouble, with violent protests that have diverted attention from the above agenda.

Kendra Okonski, IPN Research Fellow and editor of The Water Revolution, said of the protestors:

Whether it’s Tokyo, Mexico City or Istanbul, a few global activists show up like clockwork at the World Water Forum to protest and make noise. Unlike the bona fide participants in the forum, they offer few – if any – concrete solutions to real water problems. In fact, these activists harm the world’s one billion people who lack clean water and the 2.6 billion without sewerage.

Caroline Boin, IPN Research Fellow, explained that the status quo with water is harmful and unsustainable:

The activists attack the World Bank, multinationals and the very notion of profit. But less than five percent of global water management today is private. The real culprits are governments who mismanage and misallocate water to farmers and other special interests, as well as the politically connected, in poor countries. Not only does this harm the poor, it also harms the environment by encouraging waste.