When President Duterte declared a state of national health emergency last Monday, there were only 10 cases nationwide, today 30+ total.  Then Albay Cong. Salceda proposed lockdown of entire Metro Manila for one week – close NLEX, SLEX, Cavitex, other connecting roads, no provincial buses, no domestic flights from Manila. Very irresponsible. I even proposed that we go out of MManila, drive far away in the provinces as oil prices are dropping fast and local tourism is needed.

Last time there were about 25 deaths due to lambanog poisoning in Laguna, there was not even municipal or Brgy health emergency. 25 deaths of mostly able bodied men, vs 1 Covid death of a 70+ man.

DOH+Salceda vs DOT. The former hypes the hysteria many times, the latter tries to calm and limit the hysteria. The overrated legislator from Albay, Cong Salceda proposes lockdown of M.Mla. Between the two, I side with DOT. 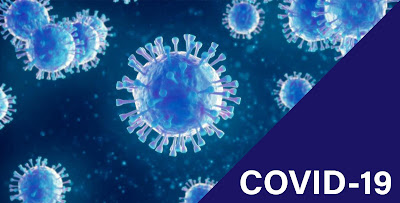 The RITM ER is swamped by so many scared people, coughing or not. Now private hospitals' ER are swamped too. My only consolation is that a few Duterte officials refuse to join the hysteria, like Sec. Mon Lopez of DTI and Sec. Berna Puyat of DOT (both fellow UPSE alumni). We should go out to provinces and help domestic tourism and agribusiness, not hysteric lockdown proposal from an overrated Congressman. Schools should be allowed to suspend classes or not, not nationwide order of classless society. Now some people are scared to go to the provinces because if a lockdown will be ordered arbitrarily by a mentally unstable President, they cannot go back home.

Below, two of my fellow BWorld columnists also refuse to join the hysteria/

Mass hysteria is self generated over the corona virus. There are a lot of panic mongerers out there .... Truth is, infection rate is less than 1% and death rate among the 1% is just 4%. No need to panic, just take the precautions. Fanning the flames of panic does more damage than good.

I don't agree with the decision to suspend classes until March 14. There has been no evidence here or elsewhere in the world that schools are transmitters of the disease. Data suggests that children are relatively immune to the COVID-19.There is evidence, however, that religious gatherings provide a fertile ground for transmission. That has happened in South Korea and in Singapore. Perhaps masses can be streamed in the meantime. I'm also not sure what suspending classes until March 14 means - if it's to slow down the disease, the government doesn't have the test kits to monitor progression or non-progression. The Philippines is already last to nearly last in the PISA rankings on science and math. Mass promotion will ensure we will be "kulelat" in rankings. As in Japan, cancellation of classes may be a political act, to show that the government seems to be doing something.

In 2 weeks, this Covid will be 2 months old, 3 months if we count 1 month since Dec 2019 that CN did not recognize the problem. And so far only 3 countries are badly affected or badly scared -- CN, KR and IT? The other 190+ countries are still not affected that much? See also some proposals -- govt shd expand more, pay for healthcare plus allowances or living wages of all affected patients. Not far away will be proposals for Covid tax. Big tax to fund big hysteria.