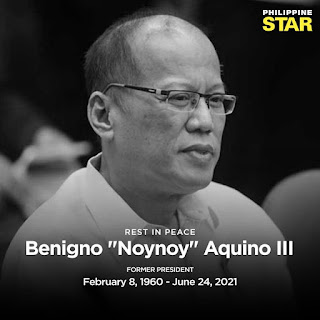 I voted for you in the 2010 elections because when you were a Congressman and Senator, you introduced very few new bills, few new legislation and national coercion.

I have some criticisms of your policies but overall I supported your admin in 2010-2016, you brought down the public debt/GDP ratio big time, 52% in 2009 under Gloria, to 42% by 2016. Because you resisted heavy borrowings (numerator) while encouraging the GDP to expand fast (denominator). You're cool, man. Even if I am no "Yellow", then and now, I remain colorless.

The budget deficit during your term was lowest compared to previous and current administration. You understood fiscal restraint and responsibility.

I also think you performed better than your mother former President Cory Aquino.

In the power sector, Cory (upon the advice of her officials and supporters) killed Bataan Nuclear Power Plant with zero alternative, just candles for the poor and gensets for the rich during horrible blackouts of 1990-91 nationwide.

Hats off, PNoy. The President of more power, more lights. 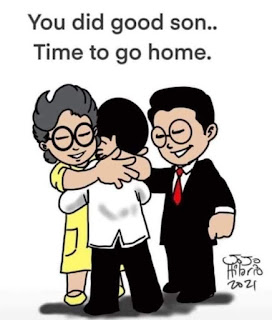 You did well as President, as ex-President.