I was very happy when the coordinator of the Economic Freedom Network (EFN) - Asia, Dr. Gorawut Numnak, informed me first in Jakarta two weeks ago during the EFN-Asia Conference, that Minimal Government Thinkers, Inc. is now a member of the network. Today, he sent me an email officially welcoming us to the network. Thanks Gorawut, Dr. Rainer Adam and other members of the network!

Also posted in the EFN Asia website, are 3 other new institute members -- EBI Think Tank in Mongolia, Institute for Democracy and Economic Analysis (IDEAS) in Malaysia, and Prabodh in India. A new individual member, also a personal friend, Dr. Mao Shoulong from China, was welcomed.

In the Philippines, there are 3 other institutes that are EFN members:

The first two do not have websites yet. CRC has a website for its publications.

Personally, I have attended the EFN Asia conferences in the past even if MG Thinkers was not a member of the network yet. From 2004 to 2006, the Atlas Economic Research Foundation (based in Washington DC) through the able leadership of its former VP for Institute Relations, Ms. Jo Kwong, partnered with FNF in holding a one-day conference or colloquium prior to the EFN Asia conference proper. Atlas always invited me to such activities.

I have attended the following events: 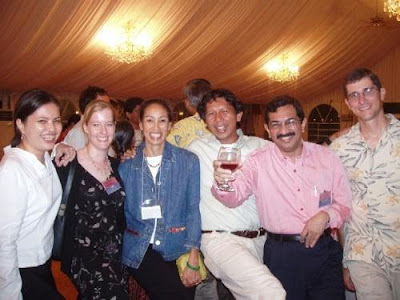 2004: Hong Kong; "Asian Resource Bank Meeting", then EFN Conf: "The role of Governments in Asian Economies". In the picture, from left: Ellen Cain (FEF, now living in the US), Colleen Dyble and Jo Kwong (previously with Atlas), me, a guy from Pakistan, and Robert Lawson, author of EFW annual reports. 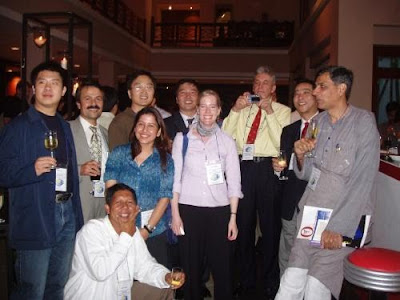 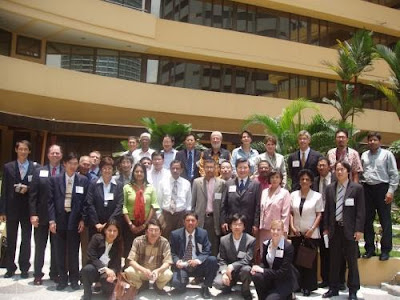 2010: Jakarta, Indonesia; EFN Conf. on "Migration and the Wealth of Nations".

I think there was no EFN conference in 2007. In 2009, the conference was held in Siem Reap, Cambodia (where the Angkor Wat is located), I was not invited there.

So there. Now that we are officially a member of EFN Asia, we expect to have more collaborative work with other members in the network. The members have varying background but the goal is clear and straightforward: to advance economic freedom in Asia and the rest of the world.
---------