Urbanization, like technological innovation and mass production of mobile phones and other gadgets, is among the important reasons why people’s lives have become more comfortable. Many necessities like schools and work offices, supermarkets and groceries, hospitals and clinics, are nearby. People no longer need travel for hours or even days just to get to the nearest health facility.

Urbanization and more dense cities therefore, is good. The continued rise in urban population is proof that despite complaints of congestion, people realize that the advantages trump the disadvantages of living in big cities. Urbanization therefore, should continue and expand, not restricted and bureaucratized.

The Foundation for Economic Freedom (FEF) organized a lecture on “National Land Policy in the Philippines” in late October 2017 at Ascott Makati. The main speaker was Arturo G. Corpuz, a noted Urban regional planner and FEF Trustee.

In his presentation, Art said that the proposed National Land Use Act (NALUA) under HB 5240 (the Senate versions have similar provisions with it) suffer from biases and restrictions. Among these:

1. Supply side bias. The underlying philosophy is that land should be used based on what it is “physically suitable” for regardless of demand. Art says the world works differently from this bias, the reality is that land value and demand determines land use and hence, land suitability.

Food self-sufficiency policy leads to locking up irrigated and irrigable land, alluvial plains, croplands, highlands instead of focusing on raising productivity and farmers’ incomes, like allow or encourage land consolidation for farming economies of scale.

2. Protection focus. Dominance of protection in HB5240: (a) Protection land use prevails over any other activity, all other uses are residual to protection. (b) 8 of 13 policies/principles are about protection. (c) The departments of agrarian reform, agriculture, and environment and natural resources control the supply of land and these three agencies plus the National Economic and Development Authority, the Department of Interior and Local Government, the National Commission on Indigenous Peoples, the Housing and Urban Development Coordinating Council, the Housing and Land Use Regulatory Board, the National Mapping and Resource Information Authority, the League of Cities of the Philippines, and the 12 sector representatives are members of National Land Use Policy Council (NLUPC). (d) DTI, DoT, DoTr, DPWH, DoF are not members.

Art says there is nothing wrong with protecting and using land only for forests and agriculture but it has to be balanced with the requirements of growth. Otherwise, corruption is encouraged as legitimate growth is not accommodated legally and incentives to do things illegally are created. And restricting growth especially in large cities can lead to more land conversion somewhere.

The Comprehensive Land Use Plan (CLUP) is the ground zero of land use planning and regulation, basis of zoning ordinance. Only 22% of 1,634 LGUs have approved CLUP (2017) and local zoning is used for rent-seeking through negotiations regarding land classification, parking requirements, building heights/densities, and reclamation. There is a need to increase transparency among LGUs. 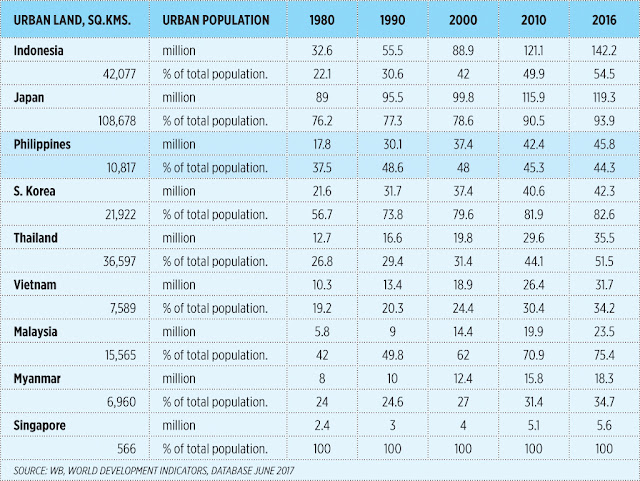 Problems #2 and #3 — protection-focused and bureaucracies — discussed by Art above would be the most feasible explanation. Urbanization is taking place on a nationwide scale but many are listed as “illegal” by the various agencies. As a result, many land areas covered by their corresponding population expansion are still considered as “rural areas” and hence, not urbanized.

Government as “referee” should address competing land use of the country through legislation but it should free up and liberalize, not restrict and bureaucratize, land conversions.