The Americans for Tax Reforms (ATR, Washington DC) holds a monthly International Coalition Meeting (ICM) for decades now. ATR was formed in 1985 and headed by the ever-energetic Grover Norquist. The monthly ICM is hosted by my good friend Lorenzo Montanari of ATR (also the Exec. Director of the Property Rights Alliance PRA) and Mr. Alex Chafuen, President of Acton Institute and former President of the Atlas Network.

I have met Alex in 2004 when I Atlas gave me an International Fellowship and travel to the US for a  training and meet free market think tanks in the US and other countries. I also met Grover, Chris Butler of ATR that year.

Last Thursday Oct. 1, I attended the meeting for October. There were a number of high profile speakers like the brave lady leader of the opposition in Venezuela, and a conservative MP of Spain. An official of USAID who is free market leaning also spoke.

Lorenzo was kind enough to include me in the list of speakers that day. I spoke last and I prepared a 3-slides ppt because I would speak only for 2-3 minutes due to time constraints. I spoke about the campaign of the Concerned Doctors and Citizens of the Philippines (CDC PH) to life the strict, long, indefinite lockdown in the country coupled with basic medical protocols. 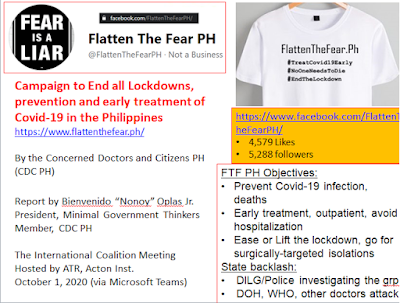 CDC PH has generated plenty of media engagements because it was speaking a different tune, a contrarian voice to the dominant DOH-WHO-IATF-etc narrative that the strict, indefinite lockdown should continue. 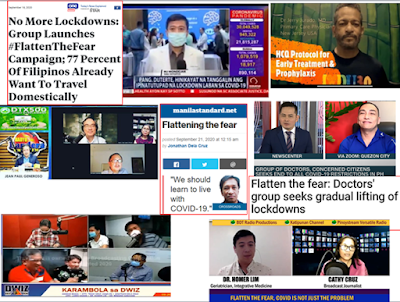 I showed my column the other week, also one of my two radio/fb livestream interviews. Also the DILG/Police backlash against CDC PH. 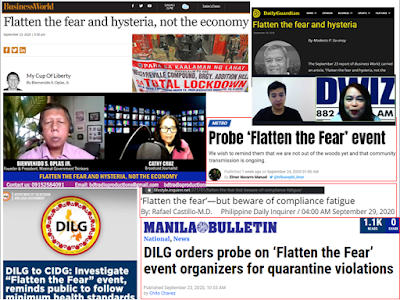 I hope that other center-right groups and think tanks in the world who watched what I shared would be inspired of the pushback that CDC PH has initiated. Lots of respected and vocal, brave doctors in the group who are not afraid to speak against the official narrative re indefinite lockdown.
ICM is an off the record, no recording meeting so I show here only what I presented.
Thanks again, Lorenzo.
* See also: Interview at PSVR, hosted by Cathy Cruz (Sept. 28, 2020)
Posted by Bienvenido Oplas Jr at 11:10 AM