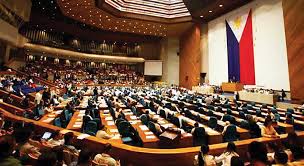 Many people lambast the House of Representatives and Malacanang for the non-renewal of the ABS-CBN franchise which expired last May. The House Bill granting another 25 years franchise was killed at the Committee on Legislative Franchise, something like 70-11 vote not granting the franchise.
(photo here from BWorld)

I have taken a neutral position on the ABS franchise, neither favor or against. My beef here is on Congressional franchising system itself, a Constitutional provision. I remember it was discussed in  Econ 102, undergrad Microeconomics, monopolies and oligopolies are created by the government via franchising. Some franchise given by Executive agencies (inter-island shipping franchise by MARINA, provincial and city buses, jeeps, taxi and TNVS by LTFRB, etc.), some by local governments like tricycle routes.

Thus, all businesses that require government franchise are 100% politicized. Business owners must be yummy chummy to the franchise giving agency otherwise they will not get a franchise.

One solution to depoliticize business is to abolish the franchise system especially from Congress. People just put up businesses and let the market, the consumers of their goods and services, decide whether they deserve to survive and flourish or go extinct, bankrupt.

What about "guarding the truth" in the case of media? Right, and Congress is not exactly a truthful body or institution to decide and judge what are truthful or not. Often the judges are micro bodies like an individual or company or government office unfairly accused in media and libel cases can be filed. Congress has zero relevance here because it cannot and must not micro manage, defend or prosecute, all business enterprises. Whereas Congress and its officials can only make huge money in opportunity for extortion as many businesses come begging for that single but important business permit -- franchise law.