BWorld 459, Trump energy policies and the US elections

Next week will be the US Presidential elections and people ask if President Donald Trump has encouraged more economic activities and dynamism than his predecessor, the Obama-Biden administration with eight years in power.

There are many metrics to help answer this but for this piece, I will limit the metrics to the overall GDP performance and key energy policies of the Trump administration. The chosen years are 2008, the end of the Bush Jr. administration as baseline; 2012, the end of Obama-Biden term 1; 2016, end of Obama-Biden term 2; and 2019, year three of Trump.

For “country” I chose the two largest economies of North America, Europe, and Asia. Then I added the three largest ASEAN countries in population — Indonesia, the Philippines, and Vietnam — which have a combined population of about 477 million, big, similar to the population of the US plus Russia.

In GDP expansion, it appears that Trump has elicited more business dynamism than his predecessor and US economic expansion was much faster than the other five biggest economies of three continents except China. In coal use, the anti-coal policies succeeded in all developed countries in the list but not in China. Indonesia and Vietnam also jacked up their coal use much faster than the Philippines (see Table 1). 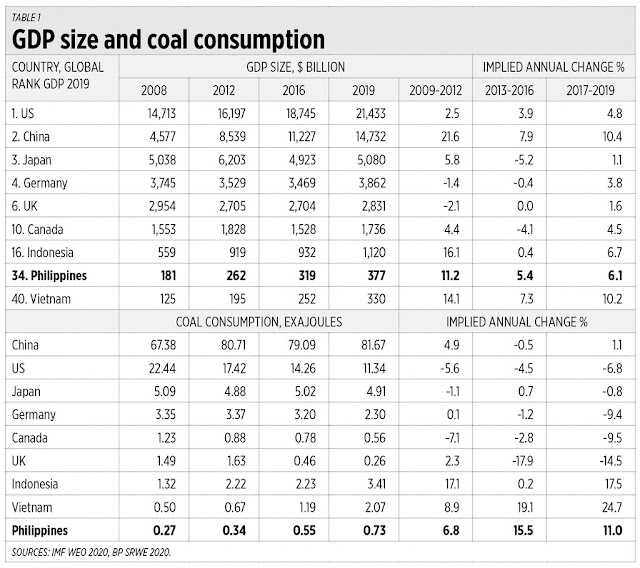 In natural gas production, measured in billion cubic feet (bcf) per day, the production rate under Trump was 3x under the Obama-Biden second term. The US has become the world’s largest producer of oil and gas, though not yet the largest exporter because of its high oil-gas domestic consumption (see Table 2). 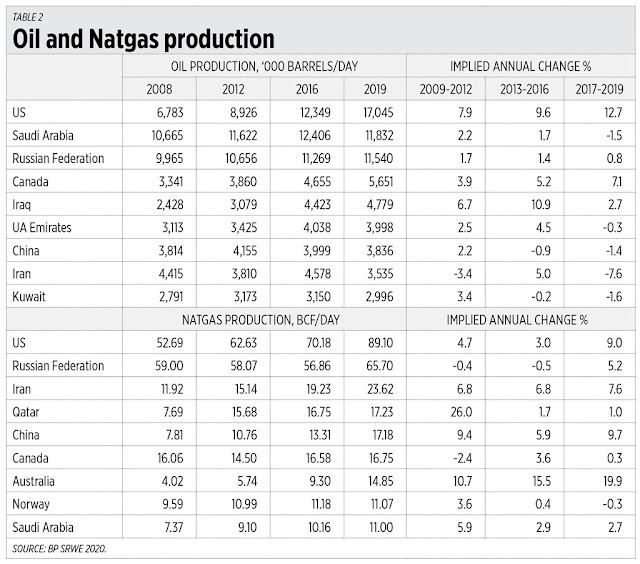 Table 2 also shows that the “Trump is Russia puppet” narrative is a hoax from the beginning. Russia’s main exports, nearly 50% of total exports, are oil, gas and coal, not bombs, missiles and jet fighters.

Trump already campaigned since 2015 that if he wins, he would raise the US’ oil, gas and coal production, meaning directly competing with Russia and adversely affecting big Russian businesses including Putin allies. And world prices of these three fossil fuels have generally stabilized at low prices in the past three years, thanks to bigger US supply especially under Trump.

The “net zero” CO2 emission goals of many country leaders recently are more sound bites and rhetorical, not real. All the major oil and gas producers have ramped up their production, or at least maintained the level more than a decade ago, shown in table 2. Meaning global demand for fossil fuels remains high.

So on the question if Trump has encouraged more economic activities and dynamism in the US than his predecessor, the answer is Yes.

Meanwhile, the Independent Electricity Market Operator of the Philippines (IEMOP) has launched its Oplan e-Skwela campaign, in which company laptops which are no longer used for market operations plus employees’ gadgets donations were collected and given to students of the Philippine Science High School in Quezon City.

On the indefinite lockdown which has walloped many businesses and killed many jobs as indicated in huge decline in electricity demand, the Concerned Doctors and Citizens of the Philippines (CDC PH) continues its call that the lockdown, whether MECQ, GCQ, MGCQ, should be lifted. Allow the healthy to freely work and travel while protecting the elderly and immune-compromised, and use proven prophylaxis to frontline personnel and people with early symptoms and avoid hospitalization.
---------------