Energy 144, Shell and oil companies are penalized because consumers and motorists use their products 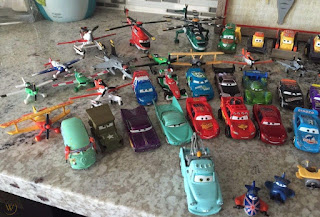 The climate alarm activists are winning more often these days. They targetted the big oil companies to be penalized for their "climate crimes" because people find their products very useful -- for ordinary cars and motorcycles to tractors, harvesters, buses, boats, planes, etc. (This Pixar planes and cars from Worthpoint).

My three related articles on this:

This week, they won. See these reports and opinions below. So the climate activists like Greenpeace and UN, governments climate negotiators use lots of fossil fuels with their frequent travels worldwide (pre-pandemic, slowly recovering now) and it's the fault of the oil companies, hahaha, what a hypocrisy.
--------------

Shell Ordered by Dutch Court to Cut Carbon Emissions
Lawyers say the ruling, which Shell can appeal, could set a precedent in other Western jurisdictions
By Sarah McFarlane  Updated May 26, 2021 3:01 pm ET
wsj.com/articles/shell-ordered-by-dutch-court-to-cut-carbon-emissions-11622038961

The ruling, issued by the district court in The Hague and stemming from a lawsuit brought by environmental groups, found Shell must curb its carbon emissions by 45% by 2030, compared with 2019 levels.

...in the U.S., an activist investor won at least two seats on Exxon’s board, a historic defeat for the oil giant that will likely require it to alter its fossil-fuel focused strategy.

The back-to-back, watershed decisions demonstrated how dramatically the landscape is shifting for oil-and-gas companies as they face increasing pressure from environmentalists, investors, lenders, politicians and regulators to transition to cleaner forms of energy.

The big change here is that until now oil companies have mostly faced lawsuits related to environmental damages that they specifically caused, like an oil spill. Now, court rulings could allow activists to influence energy company policy more directly, with courts threatening massive fines if the firms don't comply.

Activist Wins Exxon Board Seats After Questioning Oil Giant’s Climate Strategy
Engine No. 1’s victory in one of the most expensive proxy fights ever is unprecedented setback for Exxon and CEO Darren Woods
By Christopher M. Matthews  Updated May 26, 2021 6:17 pm ET
https://www.wsj.com/articles/activist-wins-exxon-board-seats-after-questioning-oil-giants-climate-strategy-11622050087

An activist investor’s successful campaign to win seats on the board of Exxon Mobil Corp. represents a historic defeat for the oil giant, one that will likely force it to more directly confront growing shareholder concerns about climate change.

What The Shell Climate Case Means For Big Oil
By Cyril Widdershoven - May 27, 2021, 1:00 PM CDT
https://oilprice.com/Energy/Energy-General/What-The-Shell-Climate-Case-Means-For-Big-Oil.html

Shell’s Court Rebuke Marks the Start of a New War Against Big Oil
The group that won a landmark climate ruling by a Dutch judge is already working on cases against other fossil fuel companies
By Laura Millan Lombrana  May 27, 2021, 8:18 PM GMT+8
https://www.bloomberg.com/news/articles/2021-05-27/shell-s-court-rebuke-marks-the-start-of-a-new-war-against-big-oil

“We are already supporting other organizations to set up similar cases in their countries,” Donald Pols, director of Friends of the Earth Netherlands said.

“This court case and verdict open a whole new approach to climate litigation and because of its success it will be copied by other civil society organizations in the rest of the world,” Pols said.

Expect A Wave Of Climate Lawsuits Against Big Oil Following Shell's Case
By Tsvetana Paraskova - May 27, 2021, 11:00 AM CDT
https://oilprice.com/Energy/Energy-General/Expect-A-Wave-Of-Climate-Lawsuits-Against-Big-Oil-Following-Shells-Case.html

Friends of the Earth Netherlands filed the lawsuit against Shell in the Netherlands and is now helping other organizations to force emissions reductions at other companies in other countries...

Meanwhile, WTI has touched $67+ per barrel today, highest this year. Could be a reaction to these two events. The climate alarmism activists can only attack western based companies but they may never have the courage to do that companies owned by the governments of Russia, Saudi, Iran, Venezuela, China, etc.
----------------