Inside Sic O’ Clock News: ‘Crazy was not enough. We had to be weird too’
JEROME GOMEZ | Jan 10 2022
https://news.abs-cbn.com/ancx/culture/movies/01/10/22/nostalgia-inside-the-crazy-world-of-sic-oclock-news 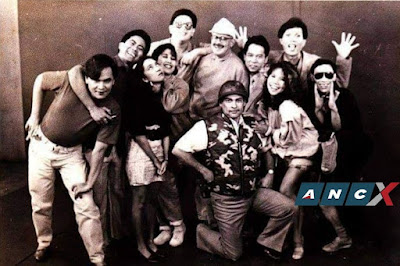 In January 1987, Marilou would prove Mother wrong: “Sic O’ Clock News” premiered on national television. It was an hour-long news show parody that poked fun at current events and the personalities that made the political landscape sizzle. It was funny. It was obnoxious. But, yes, it was serious, too—as in seriously hard-hitting. It found a way to make us laugh at everything that’s happening around us while making sure we are reminded of the corrupt government official we shouldn’t vote for in the next elections, and the abusadong kapitalista we shouldn’t be working for.

The show was headlined by Jaime “Jimmy” Fabregas and Ces Quesada, who played eccentric news anchors Sonny Esguerra and Lilliane Polly Katubusan Labaybay. Unlike ordinary news readers, Sonny and Lilliane were always outrageously costumed, they would bicker with each other in front of the cameras, and made it known what they thought of this or that politician with a well-timed eye roll, a quick ismid, or a snide remark.

They would tape a new episode at the old Broadcast City on a Wednesday—from past noon to 5AM the next day. It took this long because, in the show’s need to be constantly current and relevant, they need to produce “flash reports” that would reflect what’s happening in the real news cycle. Recalls Ces: “We were like real reporters.”

Thursday, Friday and Saturday were spent in the editing room. “I would hang out in editing because of possible voice overs that needed to get done,” the actress continues. “Sometimes we would just hang with the VTR guys and keep them company while they rummage through a mountain of tapes for our clips.”

In the beginning, the Sic O’ Clock family was just the creative team, with Jaime and Ces in front of the camera—and a pato. “Pato as in duck,” says Ces. “Naglalakad sa set. Minsan inaaway ni Jimmy [Jaime] habang nag-eeditorial.”

Ces and Jaime, apart from being “newsreaders” would play other characters. Ces would take on “Presidentita,” the show’s moniker for Cory Aquino. Jaime would play personalities befitting his looks, from Uncle Sam to whoever was tisoy politico of the hour. But he always went back to playing news anchor Sonny Esguerra, who the actor describes as an absurd character. “Very boisterous, very loud type of guy, very opinionated. Somebody who if you met in the street you probably won’t like.”

It was inevitable that the Sic O’ Clock family would eventually recruit more members: there were more issues to tackle, more personalities to parody, and there needed to be, after all, a point of view of the “taumbayan.” So enter Manny Castañeda, Wilson Go (who would famously spoof Cardinal Sin), Jon Achaval (the Howhowrel to Ces’s Presidentita), Joji Isla (an excellent Marcurakus), Celeste Bueno, Dinna Padilla, Errol Dionisio, Ching Arellano, Khryss Adalia, and Rene Requiestas. The poet Domingo Landicho would join the cast, too, along with Nonoy Oplas and Noni Buencamino, eventually....
------------ 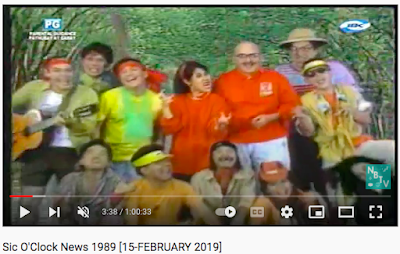 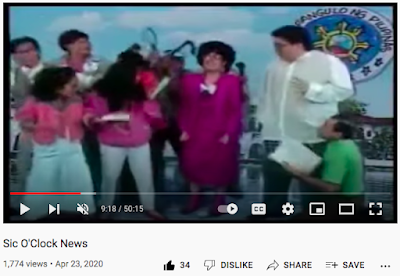 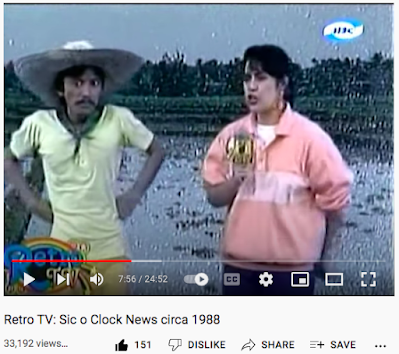 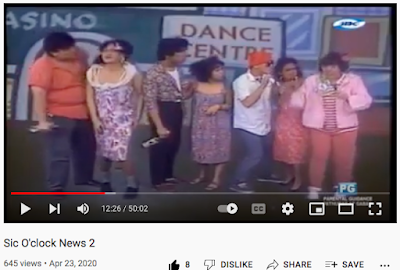 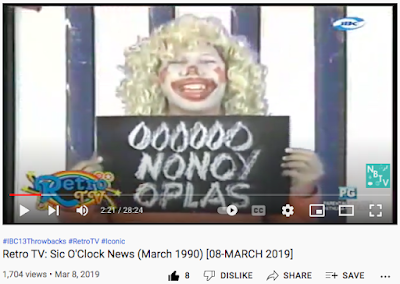