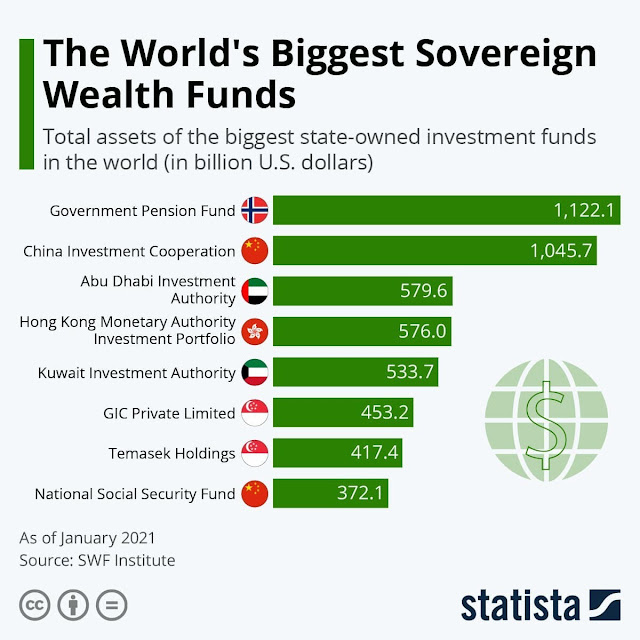 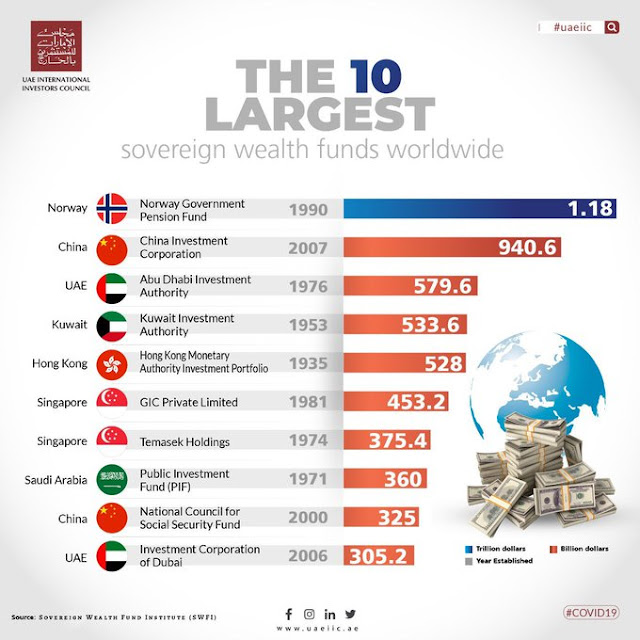 Me thinks having a SWF, aim for a fiscally-surplus economy is good for developing countries like the PH. Be wealthy today and tomorrow is good. The big question mark is funding -- where to get the initial funding?

The Maharlika Investment Fund (MIF) an SWF as filed in the House of Representatives is still problematic even if they removed SSS and GSIS funding because it will get funding from govt banks LBP and DBP, plus profit by the BSP.

The big elephant in the room for possible funding is privatization of some large govt corporations and assets. Like PAGCOR and PSALM. And more.

Govt should leave those gambling-casino and power generation sectors, get the money and use it to retire the public debt, or create an SWF. Just leave.

I posted this in Sept. 2013, nine years ago, using the Malampaya royalties as SWF. It should remain feasible until now, https://funwithgovernment.blogspot.com/2013/09/sovereign-wealth-fund-from-malampaya-gas.html

Somehow PH has good potential for high energy reserves. Malampaya gas has been flowing since about 2003. Semirara coal has been producing since 2-3 decades ago. Mindanao has potentials for oil gas both onshore and offshore.

One problem is climate and ESG drama. If it's oil gas coal exploration and production, the environmentalists, UN, etc come to remind us that fossil fuels cause less rain and more rain, less flood and more flood, less dogs and more dogs. Then the private banks and insurance companies starve such investments for the same reason.
--------

There are a number of suggestions that "globalization is almost dead."

I don't believe that. Perhaps the appropriate term is "free trade is almost dead". Gobalization will never die, but free trade can. Now it's politicized trade. Even if commodities are cheap but the source country is an enemy of the importing country or government, then trade will be restricted, even prohibited. too much politics now.