Earth Hour 2017 by the World Wildlife Fund (WWF) is two days away and yet last night, while I was having dinner with my daughter at a resto at SM Mall of Asia (MOA), the waiter informed us that they will shut off the lights from 7.30 - 8.30pm, for "Earth Hour", we can transfer to a table outside where the mall's exterior and street lights are on and bright. I said they should have informed me earlier so I could cancel my order because I don't believe in that stupid "celebrate darkness" campaign. Waiter went out, talked to management, came back and said they wont shut off the lights inside, only the shop sign outside. Good.

For me, this is the best EH photo. Celebrate darkness even for 1 hour is idiotic. But since campaigners do not really shut off lights 100%, only about 50% so they can have their speeches and singing to protect the planet from the "evils of fossil fuels" as they went to various venues on cars, buses, motorcycles that run on fossil fuel, it's only a half-idiotic campaign. 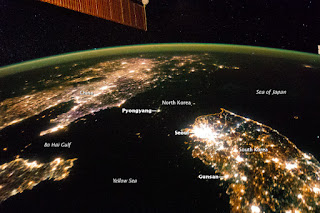 If "celebrate darkness" to "save the planet" is a good thing, then campaigners like WWF and Henry Sy family should do it every night, 365 nights a year, not just 1 hour a year. Darkness is the bliss of cave men and women, and double talk people among us who criticize if not hate modernity but cannot shake off their love affair with facebook, youtube, emails, cars, plane rides, etc.

Electricity and modernity allowed us to have a wealthier, more comfortable world. If people think riding cars or buses or jeeps that run on fossil fuel is bad, they should stop riding those vehicles and use only bicycles, skateboards and running shoes.

EH is not an ordinary "awareness campaign", rather it is one of the major anti-fossil fuel, kill coal, over-tax oil campaigns. Which have implicit and explicit ramifications in our energy, transportation and industrialization policies. Expensive electricity from unstable, intermittent sources should be embraced by the public. Even if those intermittent sources can ensure blackouts 100% if back up fossil fuel plants are not around.

Climate change (CC) is about global warming, global cooling, warming, cooling,... endless cycles for the past 4.6 billion years. With or without humans and their cars, malls, boats, planes and coal or nuke power plants. CC is natural or nature-made, not man-made.

One friend complained why I cannot respect the other view. Well for private citizens or civil society actions without national and global coercion, I don't mind. But those campaigns and advocacies have plenty of coercive components, like us taxpayers paying for the endless global climate meetings and junkets by government climate and environment officials and their staff, their offices and perks. Or government forcing us to pay higher electricity bills monthly to give endless subsidies to renewables.

Another friend argued that we humans are "hastening changes that in turn threaten our very existence." Uhmmm, exactly 101 years before Haiyan/Yolanda, Nov. 1912, also in Leyte, when total PH population that time was perhaps only 10M or less, when CO2 concentration was much lower, these things happened. 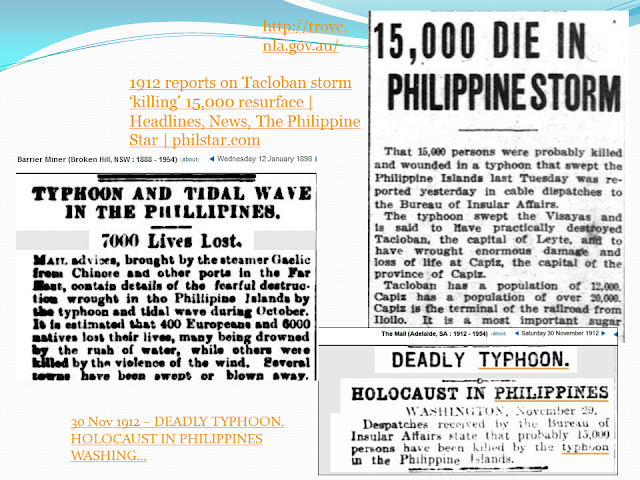 So the EH is part of a global fund raising campaign. WWF positions itself as a big planet saviour so it needs big money. CC alarmism, ditching the natural and cyclical nature of CC is about 95% political science and 5% climate science. The ultimate goal is more government, more UN, more global ecological central planning. That is why it is common to see WWF officials migrating to high government officials and vice versa.
------------