I like these two papers from Lion Rock Institute (LRI) in HK, reposting below. The image here, I got from the web, CTTO. Enjoy. 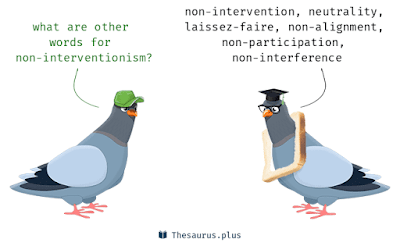 … The incentives with a privately held asset are to maximise its value. That could be a value consumed by the owner, through occupation of the flat. If the asset is an investment, the owner will rent it out or otherwise try to gain value from it. (I recognise that there are owners who appear to allow assets to remain unused. But these are rare and occur despite the incentives, not because of them.)

In the public estate, matters are quite different. Many sites controlled by bureaux and departments of the Government lie either unused or suboptimally used. Partly this may be due to site-use specifics of the land leases, as discussed in my Best Use piece. For example empty school sites cannot, under our current system, be easily switched to meet other needs. Hence the Bureau’s seeking international schools to bid for some of these.  No change in use needs to be sanctioned in that case. But switching out of educational use is more difficult.

More generally the failure to maximise value for the community comes not from land use restrictions but from other perverse incentives. These sites are out of the public eye politically (although you may walk past them every day and wonder why they lie vacant). Little criticism is occasioned by their lack of use, except perhaps occasional comments from the Government Auditor. By contrast, attempts to bring a vacant site into use will frequently lead to political criticism from those who would prefer a different use to the one proposed. For the civil servants concerned the best way of avoiding criticism is to do nothing with the site. In other words the incentives are against maximising the value for the community. The perverse result is that public sector ownership of assets is not in the public interest!

… Without addressing the question of whether the final plan represents “best use” for the community, my concern is with the loss of value to the community due to the lack of use of that site for over a decade. Had it been promptly redeveloped as an office building in the heart of Central it would have generated millions of dollars of income. That revenue should not be dismissed as merely “profits for greedy tycoons”. That revenue would have represented willingly paid rent by occupiers who needed the space for their businesses. That is value to the community of Hong Kong which has been lost because of the lack of use of a prime asset. No private company would have left that asset idle for 10 years….

I often read comments that question why, given that Hong Kong is “so rich”, there are still poor quality buildings and acres of poorly used land. A big part of the answer is that the system of land use in Hong kong is a million miles from being a set of privately held and freely traded assets. Many international think tanks continue to insist on rating Hong Kong as one of the freest economies in the world.  It seems they look only at the traded goods sector and ignore the rest.

….  We can assume that any violence against the individual or their property will already be illegal in any civilised society. So the “behaviour” referenced here is not illegal (yet!). It is simply disapproved of by certain members of society, who then attempt to contract the powers of the government to enforce their personal morality on all citizens.

For me, this has a distinctly medieval flavour. In those days a religious reference was usually needed to demonise certain “behaviours”. Today, the references are mostly secular but the process is similar; use the state to impose a particular view of how people should “behave”, under threat of coercion by the state. We are experiencing a regression to a time of less civility, less tolerance, less freedom.

I find this a very dispiriting trend. The change of attitude towards positive non-interventionism reflects this. Once citizens accept, as a given, that the role of government is actively to direct our lives (economically and otherwise) rather than to defend our right to direct our own lives, then the “policy debate” becomes an argument over whose view should be imposed, not whether any view should be imposed.

If you doubt whether this is now the prevailing view, consider two recent “policy decisions”; the golf course, and the proposed vaping ban. In the first case the debate concerns whether the golf course decision is right kind of intervention, not whether the “land problem” might be solved by removing as much Government intervention as possible. In the second case, the debate focuses on whether vaping is bad for you, whether it is worse the smoking, and so on….

In my opinion, this default way of thinking about the role of government is the complete reverse of positive non-interventionism. We now have a government focussed on what might be called “negative interventionism”; negative because it is aimed at preventing a personal choice, not enabling it – as did positive non-interventionism. How quickly the debate became about how much of the golf course should be confiscated; not whether it is any business of government to change the purpose of a lease more than 100 years old. (I am not arguing here that the lease does not provide the opportunity for the Government to do this legally but whether morally it should be doing so.)…

As I noted, this not only about economics, money and taxes (although these are important)  but the bigger context of how people live their lives. Can citizens make choices about how they want to live without the modern day “inquisition” (a team of vaping inspectors?), telling them that “unacceptable behavior cannot be tolerated”?


If we are to make any headway in reversing the anti-freedom tide we are experiencing, it is crucial that citizens think about personal freedom and its four word summary, “live and let live”, before zealously claiming a “right” to decide how all others should “behave”, and beg their Legco member to fight for less freedom, rather than more.
-------------------