Last Tuesday, September 10, I attended the lecture of Martin Jacques, afternoon of Day 1 of Mining Philippines Conference at Sofitel Philippine Plaza Hotel. Martin is a British academic who for many years now sound and speak like China Ministry of Foreign Affairs' spokesman and #1 propagandist.

I first heard Martin in 2012 when he spoke in Manila. That time I was less observant of CN and its activities in the region and the world. Second time I heard him was last May at the Jeju Forum for Peace and Prosperity, S. Korea. I was not impressed of him. So I didn't want to attend his lecture at Sofitel, will not waste my money on him (perhaps he should pay me so that I will listen to him :-)). Then a friend secured a ticket for me (ticket price is P7,500, roughly $150) with a soft arrangement that I would challenge Martin in the open forum, I agreed, that's why I attended his lecture.


For me, the three Filipino reactors were more quotable, more sensible, than the speaker. Images I got from Chamber of Mines of the PH (COMP) facebook page. 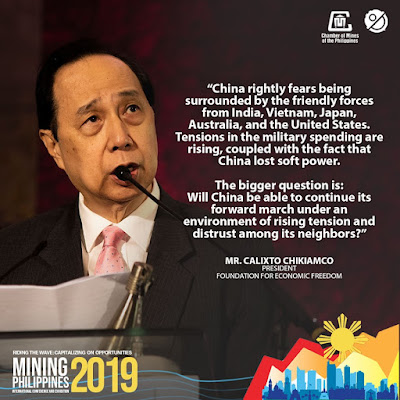 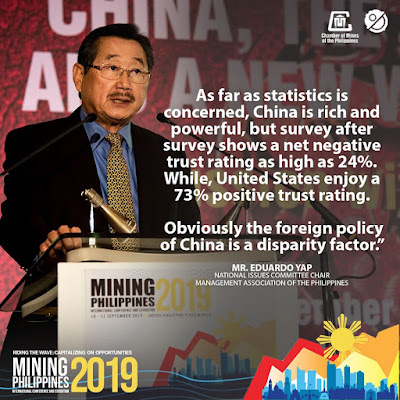 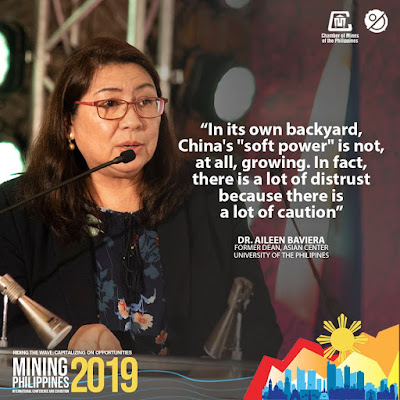 And this is the main speaker. 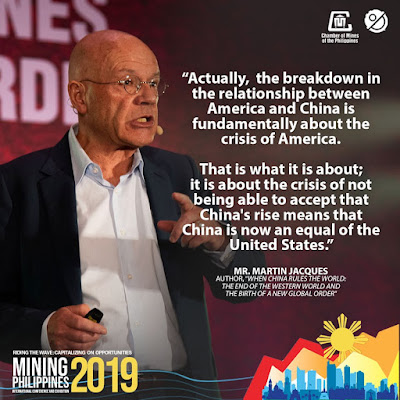 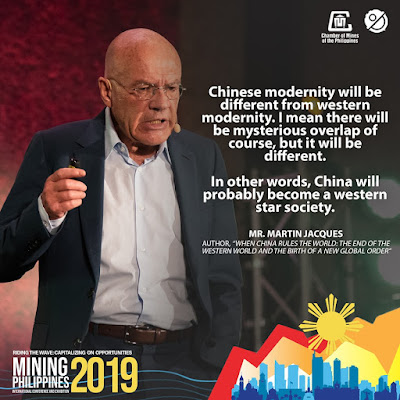 See his book (2012) -- when CN rules the world... hehehe. I took this photo at the registration table that afternoon. 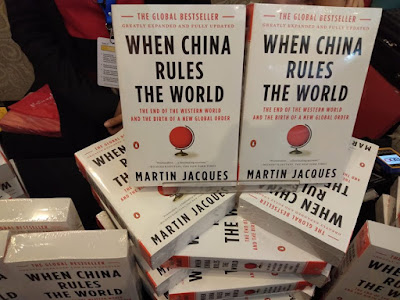 And he kept using PPP (purchasing power parity) value of GDP where CN's is larger than the US'. Never showed any nominal values of GDP. 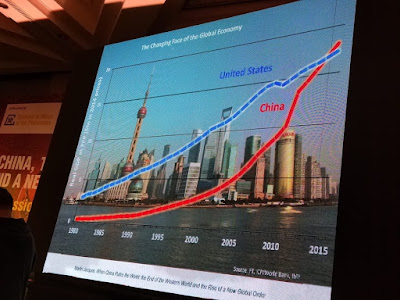 So during the open forum, I made these comments:

3. Technology, the US Chamber of Commerce estimated global physical counterfeiting 2016, total $461 B, of which 72% came from CN. So CN development in technology is partly or largely due to cheating and stealing of IPR.

4. On CN having "peaceful" history, not colonized any country in the past, because CN is busy bullying and killing its own people, thousands killed during Tiananmen massacre (1989), during the Cultural Revolution of Mao and his gang.

(Background data for my first 3 comments, below:) 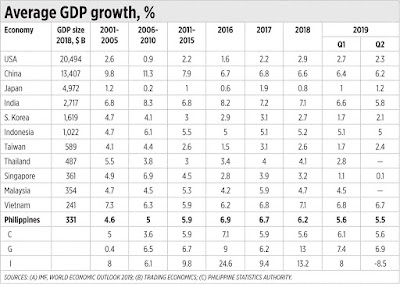 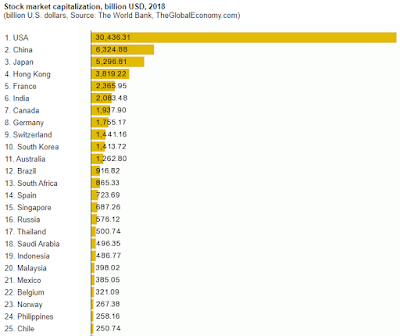 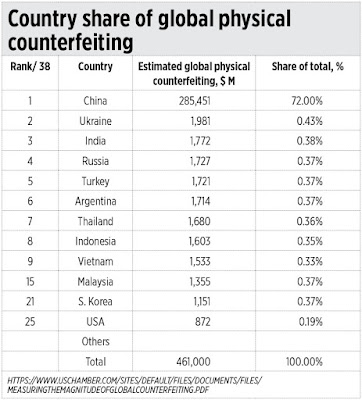 Martin responded. He was defensive that I raised using nominal GDP, saying that PPP values of GDP is more useful. Realllly?

Look -- when people use comparative data for exports and imports, foreign investments, remittances, tourism revenues, stockmarket capitalization, military spending, etc -- all are expressed in nominal values, not PPP values. So to be consistent, we should always show nominal GDP. Because one cannot compare say, exports (X/GDP) ratio, Investments/GDP, Savings/GDP, etc if the numerator is nominal while denominator is PPP value. One would look like an idiot moron,

Using nominal GDP sizes would crash his narrative, that CN is the rising and bigger power while the US is the declining, smaller power. Martin is dishonest, deceptive. Similar with Xi Jinping and the CN communist party leaders.
----------------