Here are photos of flooding in Bangkok, Thailand, as of yesterday and today. Photos taken from news.yahoo.com.

Flood map as of October 26, 2011. Not all of Bangkok is in danger of inundation but certain areas like Don Muang and its surrounding districts are under the direct path of huge volume of flood water. 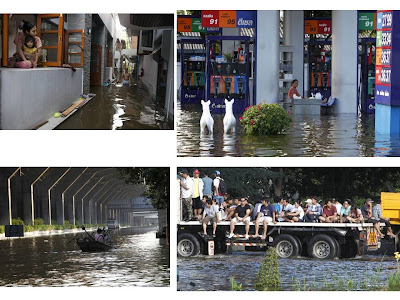 A condo, a gas station, a street under the skyway. People are lucky to be transported by huge trucks. 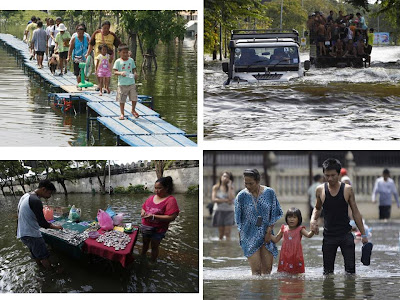 Improvised elevated walkways have to be constructed to spare the people from getting wet feet for long. Leptospirosis is a common disease among people exposed to dirty flood water.

Flooded runway and airport is clear reason why all flights and landings have to be cancelled. 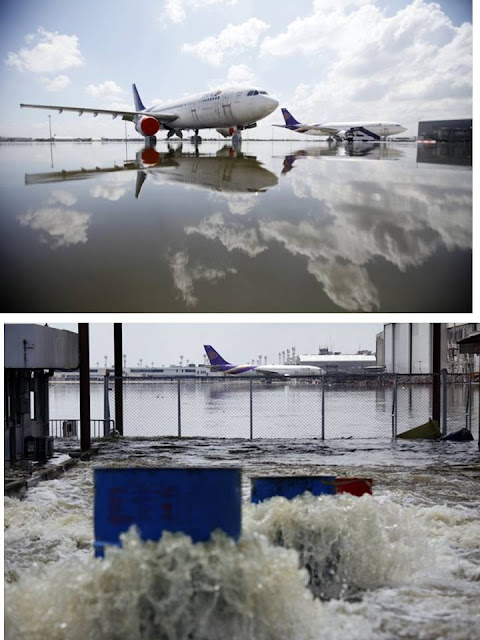 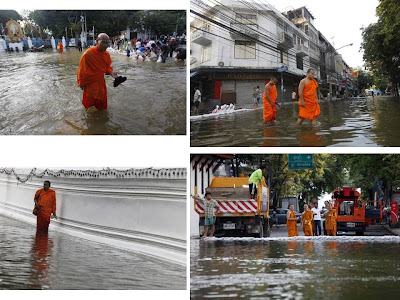 Monks have to endure walking the flooded streets. 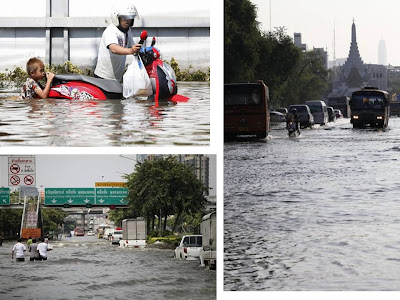 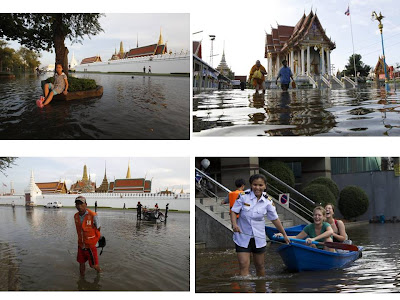 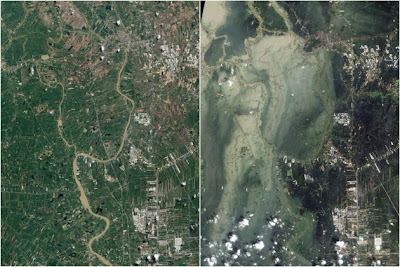 Before and after the flooding.


Here is the sea surface temperature (SST) anomaly as of today. The Philippines, Malaysia, Singapore, Indonesia, have warmer than normal temperature, which probably explains the lack of rain, though at times cloudy sky over Metro Manila and surrounding provinces.
Thailand, China have colder than normal SST. Which should partly or largely explain the heavy rains and flooding in Thailand, the monsoon rain coming from the north.

Then all those endless junkets in global climate meetings and large rent-seeking activities like more climate loans, more renewable energy loans and subsidies, should finally stop.
Posted by Bienvenido Oplas Jr at 10:34 PM