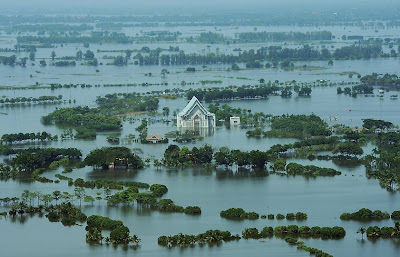 The recent flooding in many areas of Thailand, also in Cambodia and Vietnam, was too wide. I myself was surprised by the extent of flooding.

All photos here are from Denverpost.com, http://photos.denverpost.com/mediacenter/2011/10/photos-flooding-in-thailand-has-killed-at-least-224-people/#26 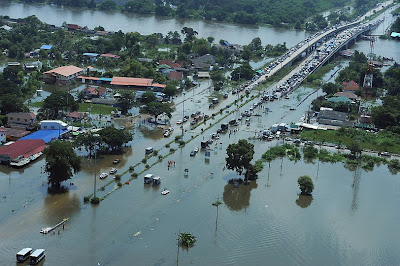 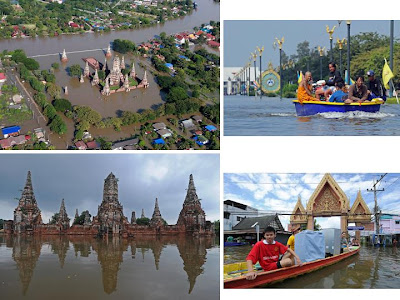 Many Buddhist temples were simply inundated with brown and muddy water. 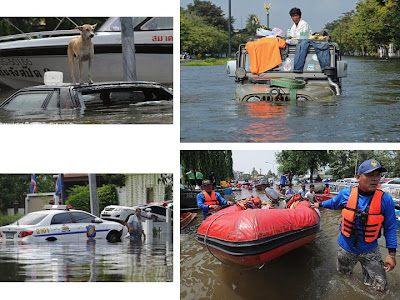 Rescuers and the rescued, people and dogs... 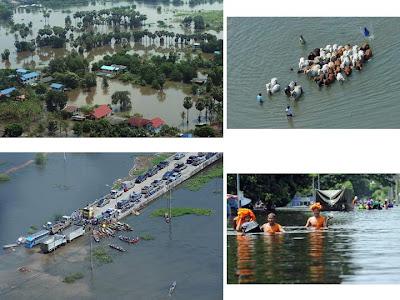 Being submerged is almost similar to your house and other properties being burned. 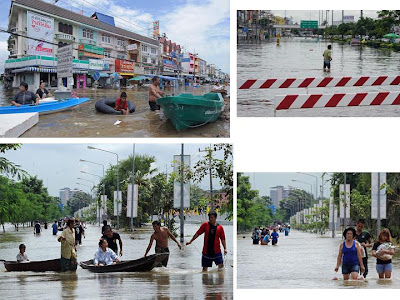 I am not sure how often Thailand would get this big amount of rainfall, but their experience was similar to Philippine experience during typhoons Ketsana (local name "Ondoy") and Parma (local name "Pepeng") two years ago. 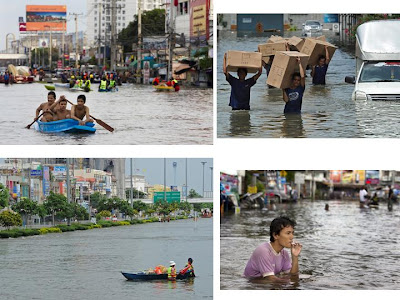 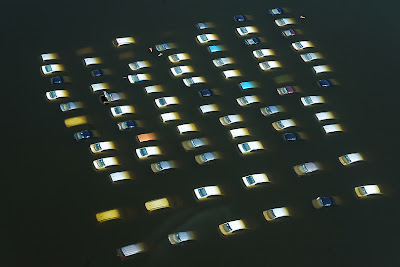 Here is one bad news. From the most recent Ensemble forecast of Pacific Ocean's Nino region 3.4, the current La Nina will stay much longer. Projected temperature anomaly by around April 2012 will be almost 3 C colder than normal.

In more and more places and countries, nature is becoming more insistent in saying that she has no fever; that tis s not global warming but global cooling.
Posted by Bienvenido Oplas Jr at 1:41 AM