One of my friends in facebook, Dr. Erwin Abueva, has been posting a HEALTH INFO series in his wall. I find them useful, tips for personal care against certain diseases, infectious and non-infectious alike. But since most diseases afflicting the people now are lifestyle-related or the non-communicable diseases (NCDs), these tips apply more to NCDs prevention. 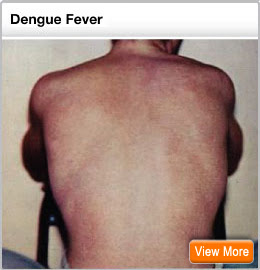 HEALTH INFO 1: Not all dengue fever patients should be admitted in the hospital. But hydration of patients with intravenous fluids is important in the management of dengue fever.

2. Not all patients who had head trauma require to undergo cranial CT scan. Some of the important considerations in deciding whether to have it done or not are (1) loss of consciousness, (2) vomiting episodes, (3) decrease in sensorium, (4) persistent headache and dizziness, (5) incoherence, (6) blood or clear fluids dripping from nose or ears, (7) convulsions...

3. NSAIDs should not be used for pains associated with Dengue, as these pain relievers may decrease further the ability of the blood to clot.

4. The most common type of headache is related to stress or tension headache. The second most common is migraine headache. Headache secondary to brain tumors is rare. So before thinking of Cranial CT scan, ask yourself many times if it is really necessary...

5. Antibiotics have no role in the management of flu or "trangkaso". Paracetamol for fever and pains, decongestants for clogged nose, and plenty of fluids will be ok for you...

6. If you're a known hypertensive, avoid not only fatty foods but also the salty ones.

7. If you're hypertensive and a cigarette smoker, you have 5x more risk of succumbing to stroke than your friends who are also smokers but with normal BP.

9. One NSAID advertisement has its tagline "relieves ALL kinds of pain". It is not true and is MISLEADING! For NSAIDs (mefenamic acid, naproxen, ibuprofen, --coxibs, aspirin, meloxicam, diclofenac, etc.) are not used for abdominal pains in general. Instead of relieving, it will worsen the stomach ache and may cause gastritis and GI ulcers.

10. We all have tonsils normally. If your tonsils got inflammed, mostly due to infection, you're likely to experience sorethroat, pain upon swallowing, and usually fever. That is TONSILLITIS. So if you have sorethroat, better say "May tonsillitis yata ako", NOT "may tonsils yata ako"!

11. Inadequate calcium in the body can lead to osteoporosis. So intake of calcium-rich foods such as milk, sardines, cheese, yogurt, soybeans and its products is encouraged. But remember to also have Vitamin D rich diet (egg yolks, saltwater fishes, liver, milk) since calcium is poorly absorbed by our body if without enough Vitamin D.

12. As per guidelines, if you are bitten by a dog or cat, have yourself injected with anti-rabies vaccines immediately. Even if you know that those animals had been vaccinated against rabies, you should still go to a physician for proper advice and management. And DON'T forget to ask for anti-tetanus shots also!

13. No need to have antirabies vaccination if you're bitten by a rat. Only anti-tetanus and antibiotics for your protection.

14. There are many causes of hypertension. It may be due to stress, pain, fatty and high cholesterol diet, kidney disease, other metabolic problems, and many more. But the most common type of hypertension, affecting about more than 90% of hypertensive individuals, has no known clear cause. It tends to be familial and hereditary. That is also called "ESSENTIAL HYPERTENSION". So don't wonder much if your BP is still high even if you're practicing right diet and exercises. Maybe what you have is the "essential" type.

A related note I wrote nearly two years ago:

Health is a Right, Health is Personal Responsibility

The concept of “Health is a basic human right” is popularly supported by many people. Both for its emotional appeal and for some international agreements, like the International Covenant on Economic, Social and Cultural Rights.

The term “right” implies and connotes entitlement. That is, regardless of the circumstances why one person or household or community has/have become sickly, they should be entitled to decent healthcare to be provided at a low cost if not free by the government, local or national.

This can be a big source of public debate between those who demand entitlement and those who question it. For the latter, for every “right” there is a concomitant “responsibility.” Thus, while people can demand that health care is their basic right, they are also expected to assume certain responsibilities about their bodies and their lifestyles

I personally believe that healthcare is first and foremost, a personal and parental responsibility. People should not over-drink, over-smoke, over-eat, over-fight, over-sit in sedentary lifestyle. People should not live in dirty places and should observe basic personal hygiene like washing hands carefully before eating.

Health inequity results not just because of income and social inequity, but also because of people’s unequal inputs in taking care of their body. A person may be poor but if he does not over-drink and over-smoke and observe personal hygiene in his daily life, he will have a better health outcome than a rich person who over-drinks, over-smokes, over-eats and over-sits. The former, even without a private health insurance, all other things being equal, will less likely develop lifestyle-related diseases like hypertension, high cholesterol and obesity.

These topics are timely as the drug price control policy of the government is now more than six months old, and there is no formal assessment made by the Department of Health yet, on whether it has achieved its goal or not – to make essential but deemed expensive medicines become more affordable to the poor.

In the absence of such formal study and assessment by the DOH, some sectors and industry players – drugstore operators, pharma companies, some NGO leaders – have already produced their own findings: the answer is No. The policy, supposed to help the poor, did not benefit the poor.

The main reason is that there was a relatively healthy competition among pharma companies in the country already, among innovator companies and among generic producers. So while the rich and middle class were looking at a branded amlodipine, for instance, at P44 per tablet, there were cheap amlodipine generics already, sold as low as P8 per tablet. When price control was imposed, the P44 became P22. But the poor did not buy the P22 a tablet, because it is still high compared to what they are buying at P8 a tablet. So the poor did not benefit, the rich and middle class did.

Instead of forcing private companies to give the discounts, the government should force itself to procure essential medicines at no-corruption price and dispense these for free to the really poor, especially children of poor households who have been exposed to dirty environment for several years, who now have weaker lungs and other internal organs. This is where government can possibly put its limited resources – giving essential medicines for free to these patients.

The best form of healthcare is preventive, not curative. People should not abuse their body simply because alcohol, tobacco and fatty foods are more available and more affordable compared to several decades ago. But should they abuse their body, then they should suffer some consequences later.

Meanwhile, the damage to the country’s investment environment as a result of no-time table drug price control policy should be big by now. Many revolutionary drugs, new disease-killer drugs that are available in other countries around the world, may no longer be introduced and sold in the Philippines. The most adversely affected then will be the poor and some middle class patients. The rich, the politicians and government administrators who pushed the price confiscation policy, will have the means and network to buy such drugs from abroad.