Department of Environment and Natural Resources (DENR) Secretary, Ms. Gina Lopez, created a stir with the issuance of DENR AO (Administrative Order) No. 2017-10, banning all prospective “open-pit method of mining for copper, gold, silver, and complex ores.”
To be excluded in her AO are existing open-pit mining (OPM) of metals, existing quarries, and prospective quarries for non-metallic products like granite, marbles, and limestone.

The reason for the new order is that OPM by large metallic firms is destructive to the environment and that the method is already being avoided by many countries around the world.

This is not true, for three reasons.

One, almost all forms of deforestation or land conversion from forest to non-forest uses (agriculture, housing, commercial and industrial development, road construction, quarrying of non-metallic products, etc.) create damage to the natural environment and yet only large metallic mining is singled out.

Two, OPM concentrates metallic extraction in a few thousand hectares of land and spare millions of hectares of reservation from further disturbance and extraction.

Three, OPM continues to be practiced in many countries including developed ones like the US, Australia, Sweden, and Canada. Because mining firms and their stockholders earn substantial incomes, their governments get huge tax revenues, and many workers get long-term high-paying jobs. 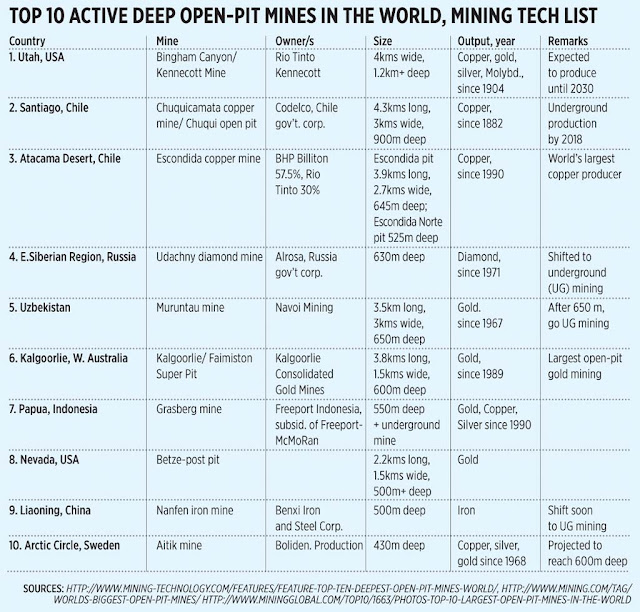 What Ms. Lopez will likely do among others, if she is confirmed by the Congressional Commission on Appointment (CA) as DENR Secretary:

1. Enforce and implement the closure of 22 large metallic mines and continue hiding the results of their so-called “audit” as basis for such closure order. This is because the Mining and Geosciences Bureau (MGB) conducts a quarterly review of all mining firms based on technical criteria and its 4x a year assessment produce no recommendations of large-scale mine closure while the Secretary’s “audit” seems to be based on emotional criteria, hence it remains hidden.

2. Continue turning a blind eye on plenty of small-scale miners which operate more destructive open-pit mines to extract gold. About 80% of all gold purchases by the Bangko Sentral ng Pilipinas (BSP) are sourced from these small scale mines as gold output by large metallic mines is limited owing to regulations and prohibitions, if not outright closure orders.

4. Create new AOs in the future that will ban and close existing OPM, producing another round of “audits” justifying such closure orders.

To avoid these and other uncertainties in the industry, the CA should consider rejecting her appointment. Let the President appoint a new DENR secretary.


The main purpose of government is to lay down rules and implement laws that apply to all, to institutionalize the rule of law that apply equally to unequal people and players,that exempt no one and rulers are prevented from making exemptions. Giving rulers and in this case a Cabinet secretary, the power to make exemptions is tantamount to the rule of men that despise the rule of law.
---------------