On the US troop withrawal from Syria and Afghanistan

A friend, citizen scientist Willis Eschenbach, posted in fb below and I am sharing/reposting it. Trump is correct in pulling US troops out of Syria. Mattis strongly objected to this move, among others, then it is good that he resigned. I like Mattis' sending of US warships at the WPS/SCS as part of their FONOPs, these are non-permanent structures or bases. But I don't like continued, long-term US military presence in the Middle East, etc.

ISIS is defeated as a dangerous military force. The Caliphate is destroyed and they've been thrown out of almost all of their strongholds. See the map below. 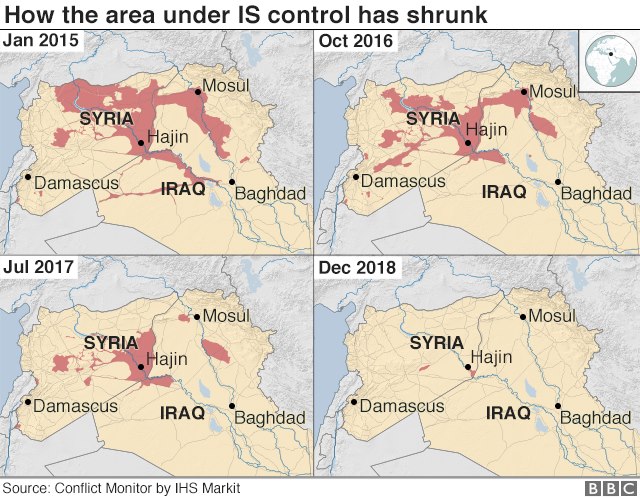 Is there still fighting? Sure. They will fight to the last man. Could they come back? Possibly. If so we can always go back in. But basically, the job we went there to do is DONE.

Right now, about all the 2,000 US troops are doing in Syria is assisting in the targeting of Syrian bombing runs and acting as advisors ... on what planet is this either critical or worth it?

And at the moment we're doing ZERO to protect the Kurds, so how will our leaving change that?

For those of you saying we should stay, you need to enumerate:
1) What advantage the US will get from staying.
2) What costs in US lives are acceptable.
3) What will be the sign that we should leave.

Me, I'm tired of armchair generals telling me that we should engage in endless foreign wars with no stated aims, no defined end, and no obvious advantage to the US.

And  here's the curious part to me. When Obama invaded Syria without Congressional approval, and we armed and supported the Al-Qaeda jihadists in an attempt to topple a secular leader, no one batted an eyelash, no one said a word.

But when the decision is made to bring back home US troops in Syria without Congress's OK, all hell breaks loose. Looks like partisan politics rather than anything to do with the actual issues ...
----------

Twitter Shot:
Erick Erickson
If we lived in a lesser country than our great nation, today is the day we really would be talking about a military coup. Soldiers down to the enlisted ranks are raising hell about the President's Syria decision.

Twitter Chaser:
Mookjuice
Are you fucking kidding me? I’m in the military. The majority of us are against these wars. We’d only go there voluntarily to make rank or get paid more. Not one single person at my base has said anything negative about trump’s decision to withdraw from Syria and Afghanistan. 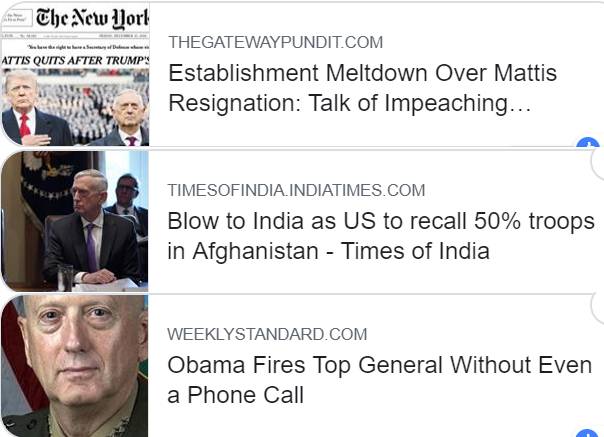 Another good decision by Trump. Zero point being the "world policeman". It should be self policing by governments themselves.