Last November 28, I attended the lecture of Dr. Bruce Tolentino, "Rice and Inflation: the supply side" at BSP. Bruce is the new member of BSP Monetary Board, a former DA UnderSecretary and former IRRI Dep. Dir. Gen., I think.

Among the slides shown by Bruce:

Room later became full. Connie Dacuycuy of PIDS was giving her own presentation. 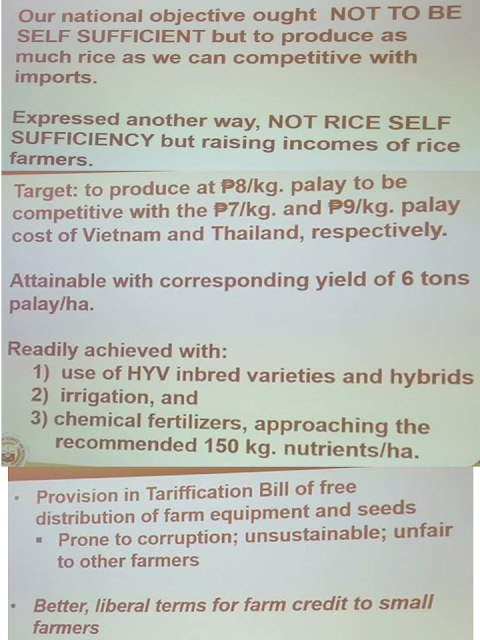 I also do not support giving away more "freebies" to farmers, and to many other sectors. There is no such thing as "freebie", taxpayers pay for those things while politicians and bureaucrats get free PR points.

Government resources for agri should be focused on improving rural infra, like more farm roads, wide and cemented roads; more dams and irrigation. Taxpayers' money should not be used for price support and direct subsidies.
------------