Inequality 39, Capitalism and its detractors

A friend, Richard Heydarian, posted this article in his fb wall with his note, "Injustice of capitalism 🙈"

I commented, "And you want the 'justice' of socialism? Fb capitalism is cool, even critics of capitalism super enjoy and use it."

Richard replied, "not sure about the bottom 60 percent of world population subsidising the billionaires on top... these networks are extracting 'rents' by appropriating commons..."

No. We users of FB, YouTube, Twitter, Google, etc, do not subsidize the owners of these great inventions. It's the reverse, their inventions subsidize and modernize our lifestyle. We should be thankful of them, not demonize them because they are super rich. Of course these guys are not  angels but neither are they devils as most lefties would portray them.

And to say "appropriating commons" is wrong. These products and services are not part of natural commons like air, sea and mountains. These were non existent before, they were invented by bright minds who know exactly what the people want. They become rich, they privatize what they privately invented and risks taken.

On “data mining” by these socmeds -- when I sign up for "free" social media, I know that owners of these platforms also have free access to my posts, pms, etc. I don't care. People who are bothered with this, I suggest they deactivate NOW. Keep their privacy to the max, minimize emails too. There are tradeoffs to some "freebies" like free fb, free twitter, etc. I accept the tradeoffs. Rich inventors of these socmeds meet happy subscribers worldwide. The beauty of capitalism, people transact their businesses on a voluntary scheme, no one is forced, coerced to sign up and give up something.

On the contrary, the stupidity and idiocy of socialism -- people are forced, coerced to feed the wasteful and irresponsible, via high taxes, mandatory fees and contributions. Venezuela is a good case when people or leaders lambast the profit system and replace it with heavy state coercion system. Result is equality of poverty and misery, lousy. 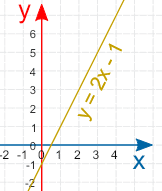 (Linear inequality graph, not mine, I only got it from the web, CTTO, thank you.)
Private enterprise and the profit system really results in more inequality, 100%. Because people have free will. The will to be hardworking and the will to be complacent. Some people work hard 6-7 days a week but if they also party 6-7 nights a week and have zero savings, then they are headed for poverty, 100%. The super-rich are demonized because they know how to super-save, how to reinvest instead of spending quick their initial big earnings. This is wrong.