Photos before the launching of IPRI 2019, Manila

The International Property Rights Index (IPRI) 2019 was globally launched in Manila last October 16 in Manila. Some photos before the event.

Below from left: _______, Vaughn Montes, Art Corpuz, Ed Gana, Lorenzo Montanari, Executive Director of the Property Rights Alliance (PRA, Washington DC), me. Seated from left: Calixto "Toti" Chikiamco, President of the Foundation for Economic Freedom (FEF), Romeo Bernardo, Dr. Sary Levy-Carciente, author of IPRI 2019, and Gerry Choa. All of them are FEF Fellows and officers except me, Lorenzo and Sary. Dinner at Jade Garden, October 15. 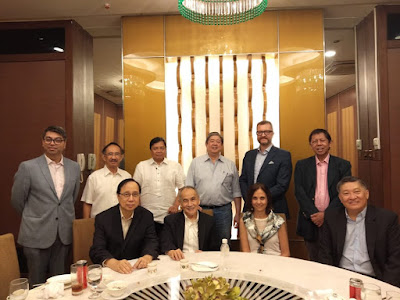 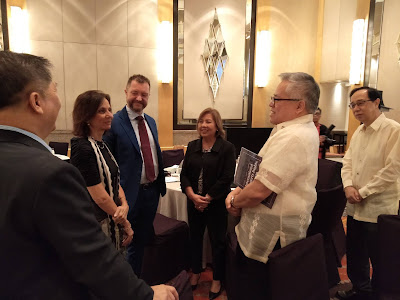 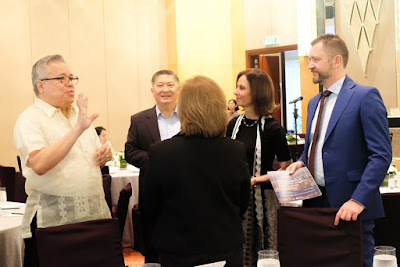 Ok, this one is during the exploratory coalition meeting, October 17 evening. From left: me, Lorenzo, Atty. Kristine Alcantara of FEF, Andrew Masigan, a fellow BWorld columnist, Tony Abad and John Forbes, both also from FEF. 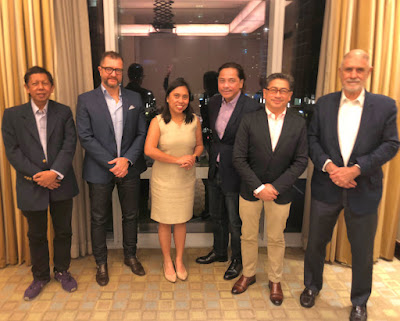 Thanks again FEF staff -- Ranna, Rhea, Mabel, others, for the big help before, during and after the launching.
Posted by Bienvenido Oplas Jr at 11:51 PM