Laws are enacted by the legislators of any country in order to restrain what they consider as bad and anti-social behavior. Laws by nature are prohibitions and restrictions.

Such prohibitions are either direct (do not do this) or indirect, aka mandatory (do that, or the State will penalize you if you don't do that). There are some laws that look "innocent", like mandatory 20% discount to senior citizens and persons with disabilities (PWDs). It looks very welfarist, and all drugstores, all restaurants, all moviehouses, all public transpo (plane, ship, bus, jeepney, etc.) are mini-criminals if they will not give the mandatory discount. Then the State can run after them.

Since all laws are prohibitions, then more laws = more prohibitions. It should be a formula to restrict individual freedom. I will be more than happy if everyone, no exception, will follow the prohibition against killing, against stealing, kidnapping, etc. But if new laws will tell us, "You cannot improve or expand your own house or your own office unless you get a 'Permit to Renovate' from the city hall", then another law that says, "You cannot re-occupy your own renovated house or office unless you get a 'Permit to Re-occupy' from the city hall", man that's something really restrictive.

I know a friend here in Metro Manila whose office has no electricity for at least one month because their "permit to renovate" was not yet signed by the city hall. I adviced her, "It only means one thing: those city hall building permit division bureaucrats want a bribe."

And we go to a discussion of a free and unfree society. In a free society, the dominant rule is: "Everything is allowed unless explicitly prohibited." And those expressly prohibited are just few, like no killing, no stealing, no kidnapping, no raping, etc. Everything else is allowed, like putting up your own vulcanizing shop with zero or just two signatures needed, from the city hall and from the national government, say the BIR.

In an unfree society though, the rule is a complete reversal : "Everything is prohibited unless explicitly allowed." So, putting up a business and creating job for the jobless is not allowed, unless one goes through a maze of bureaucracies. Putting up your own house, or renovating an old one, is not allowed, unless one gets certain permits from the local and/or national government agency. 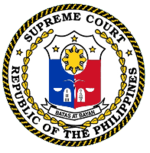 The "rule of law” therefore, means the rule of prohibitions. Rule of law means no exception, no one is exempted from the law, and no one can grant exemption from the law. The law applies equally to unequal people.

Where there is full promulgation of the rule of law, the natural size of government will be small. Why? Because all laws and prohibitions that apply to ordinary people will also apply to all government officials, from the President or Prime Minister, to the lowest-ranking bureaucrat. This means that even the President and his/her military and police security aides should stop on red lights, should not counter-flow one-way streets, should not park on “No Parking” areas.

Governments become big and expansive only because politicians and bureaucrats know that certain rules apply only to ordinary mortals but not to them, they know that they are exempted from such restrictions as they themselves granted the exceptions. This is wrong.
---------

Coercion and corruption are two aspects of the same body, whether government or private. They are not exactly the same but there is some causality between the two. Corruption is greatly facilitated when there is some coercion involved. And in many countries where there is weak promulgation of the rule of law, coercion is instituted and retained mainly to create the best opportunity for corruption.

Consider the coercion of outlawing certain drugs and other addictive chemicals. There are strict, if not deadly. penalties in producing and distributing prohibited drugs. But up to now, drug pushing and addiction remains a big issue in many countries, from poorer ones with weak promulgation of the rule of law like the Philippines, to richer countries with stronger implementation of the rule of law like the US. Corruption by certain law enforcers is the main explanation why the coercion against prohibited drugs is not and can not be fully implemented.

In many public discourses, even in electoral campaigns, the focus of discussion by almost all political parties, groups and individuals is on corruption. There is in fact general acceptance, if not consensus, that widespread corruption is happening in the country, and that the next administration should radically move to curtail and control it.

Coercion though, is never publicly discussed. The implication is that the various coercions instituted and enacted by the State and its various agencies, both national and local, are correct and acceptable. What government administrators and law enforcers need to do, in this philosophy, is simply implement those coercive laws and regulations without fear or favor.

This kind of thinking was hijacked by various vested interests in society who do not want to assume more personal responsibility about their own lives, their own households, their own communities. Thus, various lobbyists succeeded in having coercive laws that give them entitlement to certain subsidies and welfare. More subsidies, more personnel and bureaucrats to implement those subsidies, more taxes and fees to pay for the thick army of government personnel and another thick army of people expecting the subsidies.

Government is power, force and coercion. Government is never about voluntary exchange, it is all about coercive exchange. Government says, "I take your money (taxes and fees), I give you this policeman, this public works engineer, this taxation assessor, this school teacher... whether you like them or not, they are your public officials."

All the public noise about "bad governance" mainly refers to the government – from the Executive, Legislative, Judiciary, down to the local governments. It is not much with the private sector. If people find the richest man in the country as a labor exploiter, a shrewd businessman, or whatever complaint, the people have the option to boycott that man’s businesses like malls and banks. They can patronize the malls, supermarkets, banks, and other business interests of the competing businessmen, or simply not visit any mall at all. There is choice.

In government, choice is almost zero. Especially if you one is a fixed income earner. Thus, since government is an imposition, a coercion in body and spirit, then such coercion should not be big. Let there be big coercion and over-regulation of criminals, rapists, killers, kidnappers, thieves, land-grabbers, extortionists, etc. But there should be little or zero coercion in entrepreneurship and job creation.

Take the case of the Finance Department or Ministry of many countries. It is usually in an ugly position. It is a powerful agency but ordinary citizens hate it because their mandate is mainly to tax and penalize those who work, those who create jobs, those who produce various goods and services in society.

Is your job stealing, bank hold-ups or kidnapping children? The Finance Department will not deal with you.

Is your job to manufacture food, sell medicines and clothing, distribute housing and construction materials, operate a barber shop or an internet shop? The Finance Department will deal with you. If there are only two to four taxes to pay each year, at low rates, people would gladly comply and not hate that Department. But since there are one dozen to four dozen taxes and fees to pay, including those imposed by other agencies and local government units who also want a slice of the sweat and blood of the job creators and workers, then people begin to dislike, if not hate, the taxes and fees collectors. Thus, it is not surprising that the Finance Department is among the most corrupt agencies in the Executive branch.

VERY few U.S. lawyers understand the basic idea of freedom, ie, you are free to do anything until the government prohibits it by passing a law. Ergo, all laws are prohibitions, and thus, are losses of freedoms. All laws are freedoms lost.
The way to restore our freedoms is to force legislatures to REPEAL laws. Do not vote for any politician until he promises to restore freedom by repealing laws.