The University of the Philippines (UP) in Diliman, Quezon City campus, has a Science, Technology and Society (STS) subject that is mandatory for certain undergrad courses. Currently, the director of that program is my good friend, Dr. Fidel Nemenzo (below), who is a faculty member of the UP Math Department. Fidel is a bright guy, his specialization is number theory, perhaps the purest and the most abstract of all math topics. 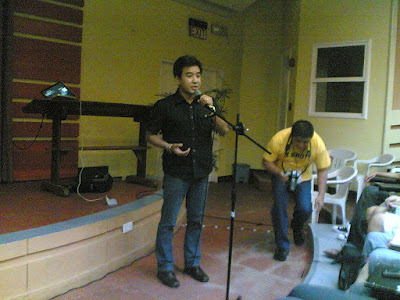 The STS occasionally holds large lectures. One of their lectures that I attended early this year was about the 150th anniversary of the publication of Charles Darwin’s “The origin of species”. And last June 15, 2010, STS sponsored another big forum, “An accelerated history of the universe” given by Dr. Daniel Holz of the Los Alamos National Laboratory (LANL) in New Mexico, US. 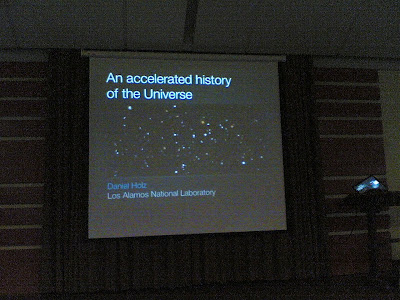 Daniel Holz, below, is another bright guy, he’s a young cosmologist at LANL. Cosmology is the study of the universe, from its beginning to its end. Well, the beginning is definite, they have computed the age of the universe, 13.8 billion years old, from the “big bang”. The end is still indefinite though, so cosmology keeps developing theories that will predict the “future” of the universe. 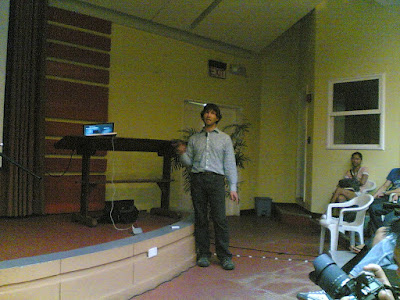 Albert Einstein and the “Big Bang” theory. I didn’t realize until that afternoon that it was Einstein who developed this theory. Anyway, here’s one slide by Daniel. 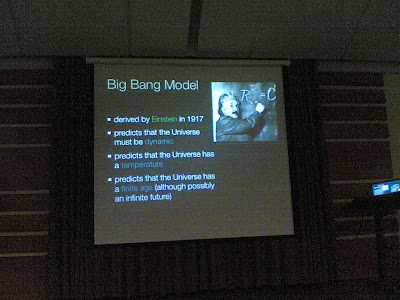 So it’s gravity that somehow hold planets, comets, stars, galaxies and constellations in the universe. If there is a super-super-huge gravity somewhere, then the expansion of the universe should somehow slow down, if not stop later on, right?

The cosmologists and other physicists though were surprised that the universe’ expansion was even accelerating, not decelerating. Which means there is another force, stronger and more powerful than gravity, that allows the universe to expand further.

Daniel said it’s the “dark energy”. And dark energy comprises 70 percent of the entire composition of the universe. Much much bigger than stars, dust and gases. The other components of the universe are “dark matter” 25 percent, and “baryons” and ordinary matter (protons, neutrons, electrons, etc.) cover the remaining 5 percent. Below is the summary of the “vital statistics” of the universe. 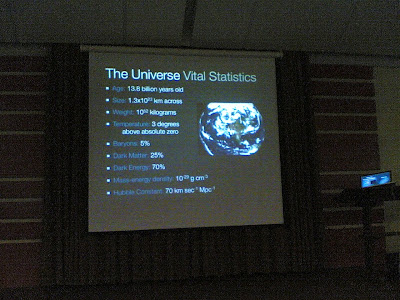 I wanted to ask Daniel about “cosmology and the Earth’s climate” as I believe more the Sun-climate link theory and not the “man-made warming” junk, but I did not. I think such question may be too parochial as the general topic is really beautiful – the beginning and the (possible) “end” of the universe. But will there be an end to the universe? I do not know, I’m only an ordinary audience of scientific discussions.

Meanwhile, I really thanked Fidel for emailing and texting me about the last 2 STS lectures, the Darwin and evolution lecture and the cosmology lecture. Well, I’m his fan, so whenever he invites me to certain lectures in UP, I am 100 percent sure that it is going to be an interesting one.
Posted by Bienvenido Oplas Jr at 11:12 PM