The "rapidly declining ice in the Arctic (and Antarctica)" is one of the alarmist statements peddled by the warmers. What they usually do is to get a satellite picture of the Arctic during September-October, or Antarctica during February-March. On those months, the volume of ice on those polar areas are at their lowest. Naturally, because those are the peak of summer months on those polar regions.

There is a beautiful graph for the 12 months period per year, from 2003-2010, for both the Arctic and Antarctica at WUWT, here. 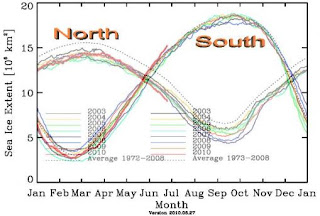 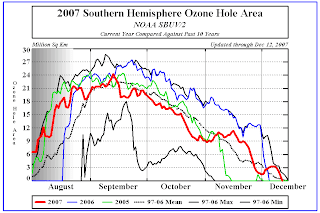 The ratio of political science to climate science in the warming literature could be something like 10:1, or 50:1, or higher?
Posted by Bienvenido Oplas Jr at 11:38 PM