After posting my short essay “The purpose of the law” in one of my various online discussion groups, I got comments from two friends. The discussion has actually veered from the philosophy of the law, and towards market and state.

One argued that “Greed is part of human nature, and it is up to the government to stifle that greed. Business is all about greed, so it has to be regulated. En ceteris paribus, a society is better off with business regulated by government, because the concept of a self regulated global citizen who is morally and ethically perfect is but a dream.”

The other argued that “the best response to this is Greenspan's own mea culpas for the excesses of the ‘free market’ environment that he championed for so long. ‘Market forces’ is really a misleading term. By it, one is led to believe that the seller has the same inherent interest as the buyer. That is not so, obviously. Any "self-correction" that the "free market" (as espoused by Greenspan) may experience, is obviously not so much to match price with demand, but rather to maximize profits.”
-----

On the first comment, I argue that the best regulatory mechanism for business is competition, not government.

Consider Toyota, how arrogant their staff will be and how lousy their cars will be, if they have no competitors -- no Honda, no Ford, no BMW, no Benz, no Kia, no GM, no Nissan, no Hyundai, no one else. But with the competition by many other auto companies, the staff of Toyota -- and all other auto companies -- are friendly to their customers, have good after-sales service, and their price is not far out compared to the price of their competitors. 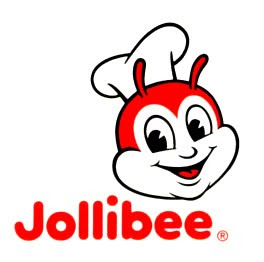 Or Consider Jollibee, how arrogant their staff will be and how lousy their food will be, if there is no McDo, no Burger King, no Chowking, no Pizza hut, no other food chains, and Jollibee is the only monopoly food chain across the country.

It is true that greed often rules our instinct. The greed for more profit of one company is tempered by the greed for a slice of the overall profit by other companies.

Why is yahoo and yahoogroups making this service to us for free? Because it wants big profit, because there are huge competitors like google and gmail and facebook and many other social networking sites.

Government regulations exist mainly so that politicians and bureaucrats will feel they are doing something. Corporate expansion and corporate bankruptcies are 100 percent part of capitalism. Capitalism without failure is like religion without sin. Or like Christianity without hell. People were clapping their hands when capitalism was expanding and creating millions of jobs. But when capitalism is doing some internal checks and bringing to bankruptcy some companies that abuse their power, people are wondering that capitalism is "dying" or "finished".

On the second comment, I told him that he’s got a really wrong example of a free marketer. A central banker -- like central planner -- is never a free marketer. Central bankers centralize the monetary policies in their hands -- when to raise or cut interest rates, by how much, when to print more money, by how much, when to "recall" the excess money by raising the bank required reserves and other monetary tools, etc.

And in the case of the Philippines, supposedly independent central bankers play chummy-chummy with fiscal authorities at the Executive branch. There is coordinated monetary and fiscal central planning.

There will ALWAYS be market failures as anyone can create a market failure anytime anywhere. For instance, if I demand to buy a USB flash disk with 120 GB memory for only P10,000 or about $210, presto, 100 percent market failure. There is demand by at least one person, there is zero supply, anywhere in the world at such price. Supply does not meet the demand, market failure.

Or Juan Penduko dela Cruz produces a hybrid balut with the embryo of duck-chicken- crocodile in one egg, and sells for P5 million pesos each egg because of the huge cost of his scientific R&D. No one buys the egg, Ergo, another market failure. There is supply, there is zero demand, market failure.

Both sellers and buyers have the same objective: to optimize their respective utility in buying or selling something. A buyer wants to buy as cheaply as possible, a seller wants to sell as expensively as possible. If both will insist on his original goal, there will be market failure. The buyer cannot buy anything at the low price he's asking for, the seller cannot sell anything at the high price he's asking for. And both will become miserable, will have no money and possibly starve. So they decide to meet half-way, supply meets demand at a particular price for a particular quantity of commodities. And both are happy somehow. The beauty of trade, of free trade and free market.

Would the lawyer be happy if he cannot decide how much will be his legal fees as there might be market failure somewhere, so government comes in to dictate how much that lawyer can charge his legal services so that there will be no market failure?
Posted by Bienvenido Oplas Jr at 12:00 AM