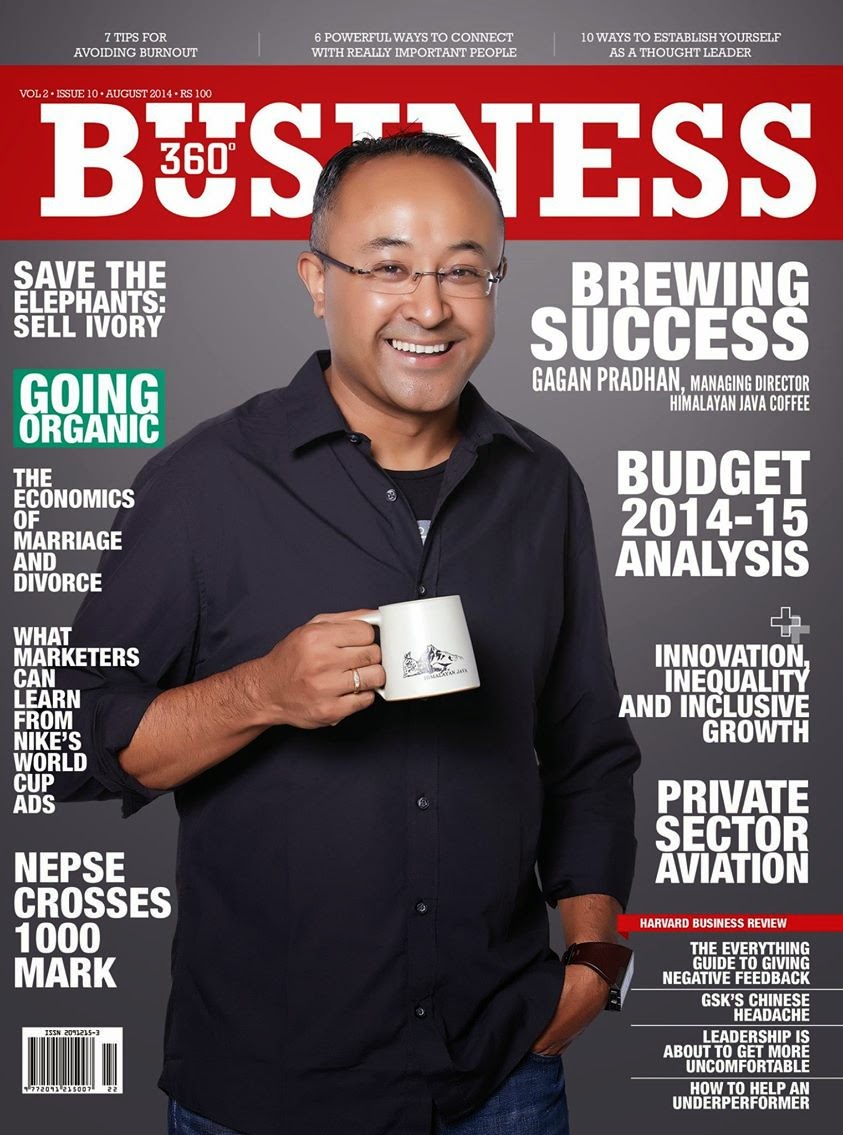 Social and economic inequality is a political and emotional issue that continues to chase mankind from its most primitive state to its current modern and information-driven lifestyle. Inequality has been seen to be undesirable, and thousands, if not millions, of different policy measures have been tried by various local, national and international or multilateral government bodies to solve or bridge inequality. And many if not all of them have been failures.

What creates inequality? Or better yet, what creates wealth that allows others to earn so much compared to the rest of humanity?

Three papers will help us answer the above questions. The first is from a NYT article last February 15, 2014, by noted economist from Harvard University, Gregory Mankiw, Yes, the Wealthy Can Be Deserving. Dr. Mankiw wrote,

"When people can see with their own eyes that a talented person made a great fortune fair and square, they tend not to resent it…. the most natural explanation of high C.E.O. pay is that the value of a good C.E.O. is extraordinarily high.  That is hardly a surprise. A typical chief executive is overseeing billions of dollars of shareholder wealth as well as thousands of employees. The value of making the right decisions is tremendous. Just consider the role of Steve Jobs in the rise of Apple and its path-breaking products.”

Dr. Mankiw is correct on this observation. Ordinary people are less or non-envious of other people earning so big if they see excellence, hard work and great sacrifices needed to attain such income. It is the politics of envy in government, many NGOs, media, academe, etc. that demonize people because they belong to the top one percent of the income bracket of the nation.

The second paper is from a noted climatologist from the University of Alabama in Huntsville (UAH), Dr. Roy Spencer. He wrote a frank and direct paper on October 17, 2012, It’s Time for the 99% to Start Supporting the 1%.,

"For every successful rich person, there were many more who tried to become rich but lost everything. Why is it that so many people want a greater share from those who have succeeded, but don’t want to share in the losses of those who failed to become rich?... And how would you like to work 12+ hours per day trying to abide by all of the regulations increasingly heaped upon businesses by the government?"

The third paper is a book by Dr. Angus Maddison, Growth and Interaction in the World Economy: The Roots of Modernity, published in 2004 by the American Enterprise Institute (AEI Press, Washington DC. The following table appeared on page 7. 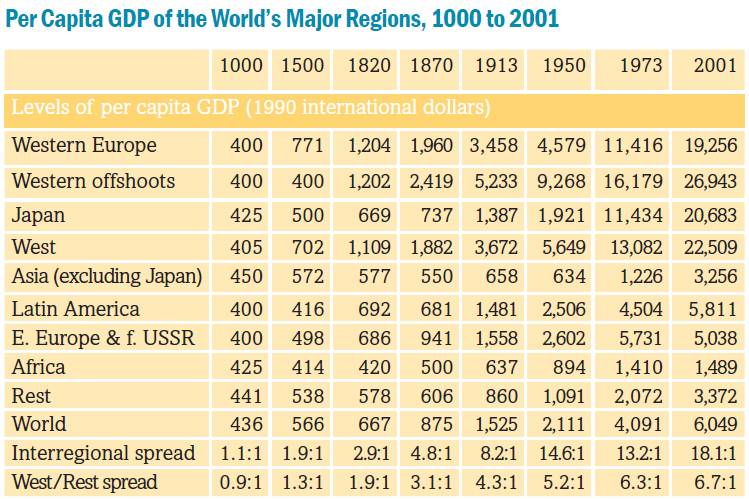 These three articles provided answers to the two questions above. What creates huge wealth for some people is innovation, entrepreneurship and risk-taking. The more innovative the person is, the more risk taker he can be. He/she innovates and find ways endlessly, to reduce costs, optimize the use of production inputs and in the process, sell products and services at a more competitive, more affordable price relative to their quality. Consumers in various parts of the world see this and they reward the innovators by patronizing their products and services.

Dr. Maddison’s table even shows that humanity has benefited from modernization and innovation of some people. Humanity in general, is not hurt by innovation and inequality. It is the politics of envy and the unrealistic philosophy of forced equality that is hurting them more.

Dan Mitchell of Cato Institute made a chart of the Maddison data in his paper, The Miracle of Modern-Day Prosperity…and the Ideas and Policies that Made it Happen. It is a hockey stick figure of human prosperity over the past 2,000 years. In particular, prosperity has jumped about 6x over the past century alone, while almost flat for 18 centuries prior to it. 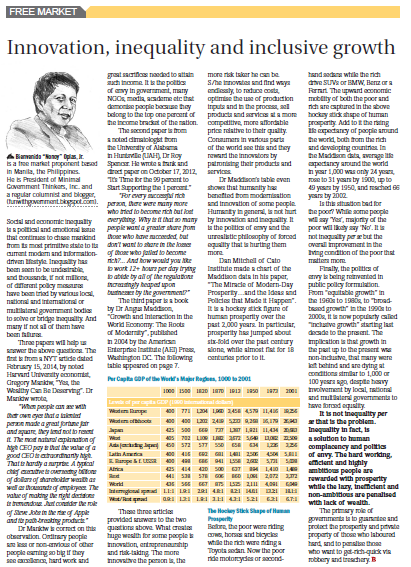 Before, the poor were riding cows, horses and bicycles while the rich were riding a Toyota sedan. Now the poor ride motorcycles or second-hand sedans while the rich drive SUVs or BMW, Benz or a Ferrari. The upward economic mobility of both the poor and rich are captured in the above hockey stick shape of human prosperity. Add to it the rising life expectancy of people around the world, both from the rich and developing countries. In the Maddison data, average life expectancy around the world in year 1,000 was only 24 years, rose to 31 years by 1900, up to 49 by 1950, and reached 66 years by 2002.

Is this situation bad for the poor? While some people will say Yes, majority of the poor will likely say No. It is not inequality per se but the overall improvement in the living condition of the poor that matters more.

Finally, the politics of envy is being reinvented in public policy formulation. From “equitable growth” in the 60s to 80s, to “broad-based growth” in the 90s to 2000s, it is now popularly called “inclusive growth” starting last decade to the present. The implication is that growth in the past up to the present was non-inclusive, that many were left behind and are dying at conditions similar to 1,000 or 100 years ago, despite heavy involvement by local, national and multilateral governments to have forced equality.

It is not inequality per se that is the problem. Inequality in fact, is a solution to human complacency and politics of envy. The hard working, efficient and highly ambitious people are rewarded with prosperity while the lazy, inefficient and non-ambitious are penalized with lack of wealth.

The primary role of governments is to guarantee and protect the prosperity and private property of those who labored hard, and to penalize those who want to get-rich-quick via robbery and treachery.
---------