Climate Tricks 93, Solar cycle and another attack on Willie Soon

During the big Australia forest fire last January to around mid-February this year, we see many reports like “Global warming: 2020 expected to be warmest year on record.” Then the forest fire ended, the rains came, and the forest regenerated.

Similarly, during the big El Nino of 2015-16, then mild El Nino in late 2018 to mid-2019, we often read stories of "worsening El Nino." Which is not true because El Nino-La Nina cycle just naturally occurs.

Last week in Makati and other cities of Metro Manila, there were rains 3x at night (Wed, Sat, Sun, about 10-60 mins rain, street flooding last Wed) and showers once (Thurs). Officially not rainy season yet, still in regular hot-dry month of May, but we are entering a seemingly big La Nina phase, projected to be around 3rd week June or about 5-6 weeks from now. 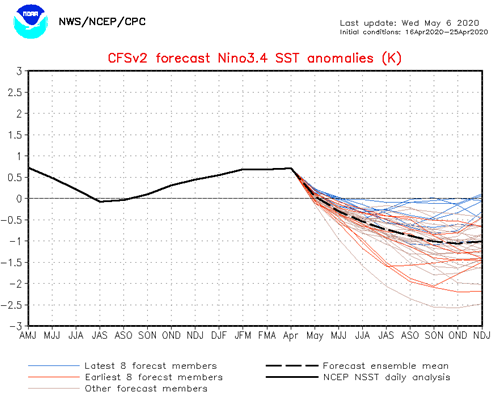 That means we should expect more rains, more flood, more mosquitoes. Flu-dengue season in the Philippines in a few weeks, the real killer by the thousand. Dengue killed 1,083 in 2018 in the country, 1,565 in 2019, when it was El Nino season. Dengue deaths this year might possibly eclipse Covid deaths.
---------

A good article in NTZ,

Earth’s Mean Temperature Falling, Planetary Alignment Suspected As Driver Of The 11-Year Solar Cycle
By P Gosselin on 9. May 2020
https://notrickszone.com/2020/05/09/earths-mean-temperature-falling-planetary-alignment-suspected-as-driver-of-the-11-year-solar-cycle/

What causes the sun to have an 11-year cycle?

Since the Dessau pharmacist Heinrich Samuel Schwabe discovered in 1843 that the sunspots of the sun increase and decrease in an 11-year cycle, science has been puzzling over the reason why this cycle lasts 11 years and why the solar magnetic field also changes its polarity in this rhythm: the north pole becomes the south pole and vice versa.

In July last year, scientists at the Helmholtz Centre in Dresden Rossendorf made a little-noticed but exciting discovery. Every 11.07 years, the planets Venus, Earth and Jupiter are aligned quite precisely. At this point in time, their gravitational force acts jointly in one direction on the Sun…. 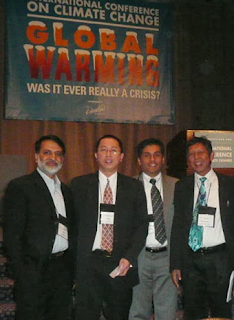 the Gorebal warming campaigners resorted again to personally attacking scientists whose work they cannot refute. They attacked again Dr. Willie Soon, a Malaysian-American astrophysicist, formerly with the Harvard-Smithsonian Center for Astrophysics. Willie is my friend, I met him in 2009 during the Heartland Institute's 2nd ICCC in NYC. Photo here from left: Barun Mitra of Liberty Institute, India; Willie, Jose Tapia of ILE, Chile; me.

Here is the video on new attacks against Willie.

The climate activists in the West tend to single out Willie. Maybe because he's not pure White, he's Asian, and they cannot endure the sight of a very bright, articulate, non-white astrophysicist demolishing many of their scary climate scenarios?
-----------------