Climate Tricks 39: Many Attacks on Dr. Willie Soon, He Replied 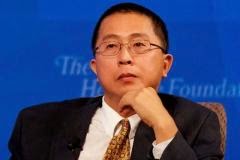 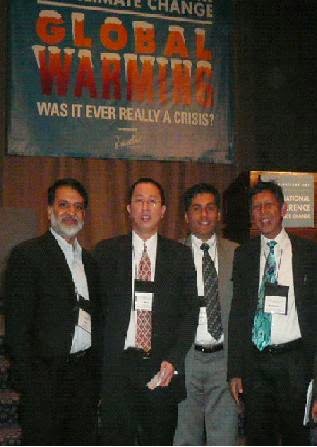 In recent weeks I have been the target of attacks in the press by various radical environmental and politically motivated groups. This effort should be seen for what it is: a shameless attempt to silence my scientific research and writings, and to make an example out of me as a warning to any other researcher who may dare question in the slightest their fervently held orthodoxy of anthropogenic global warming.

I am saddened and appalled by this effort, not only because of the personal hurt it causes me and my family and friends, but also because of the damage it does to the integrity of the scientific process. I am willing to debate the substance of my research and competing views of climate change with anyone, anytime, anywhere. It is a shame that those who disagree with me resolutely decline all public debate and stoop instead to underhanded and unscientific ad hominem tactics.

Let me be clear. I have never been motivated by financial gain to write any scientific paper, nor have I ever hidden grants or any other alleged conflict of interest. I have been a solar and stellar physicist at the Harvard-Smithsonian Center for Astrophysics for a quarter of a century, during which time I have published numerous peer-reviewed, scholarly articles. The fact that my research has been supported in part by donations to the Smithsonian Institution from many sources, including some energy producers, has long been a matter of public record. In submitting my academic writings I have always complied with what I understood to be disclosure practices in my field generally, consistent with the level of disclosure made by many of my Smithsonian colleagues.

If the standards for disclosure are to change, then let them change evenly. If a journal that has peer-reviewed and published my work concludes that additional disclosures are appropriate, I am happy to comply. I would ask only that other authors-on all sides of the debate-are also required to make similar disclosures. And I call on the media outlets that have so quickly repeated my attackers’ accusations to similarly look into the motivations of and disclosures that may or may not have been made by their preferred, IPCC-linked scientists.

I regret deeply that the attacks on me now appear to have spilled over onto other scientists who have dared to question the degree to which human activities might be causing dangerous global warming, a topic that ought rightly be the subject of rigorous open debate, not personal attack. I similarly regret the terrible message this pillorying sends young researchers about the costs of questioning widely accepted “truths.”

Finally, I thank all my many colleagues and friends who have bravely objected to this smear campaign on my behalf and I challenge all parties involved to focus on real scientific issues for the betterment of humanity.