Two days ago, South East Asia Network for Development (SEANET) and the ASEAN People's Forum (APF) held a forum about the ASEAN  Economic Community in Kuala Lumpur, Malaysia. SEANET is a new regional free market think tank based in Kuala Lumpur, and one of the projects of IDEAS. This is one of two papers presented. 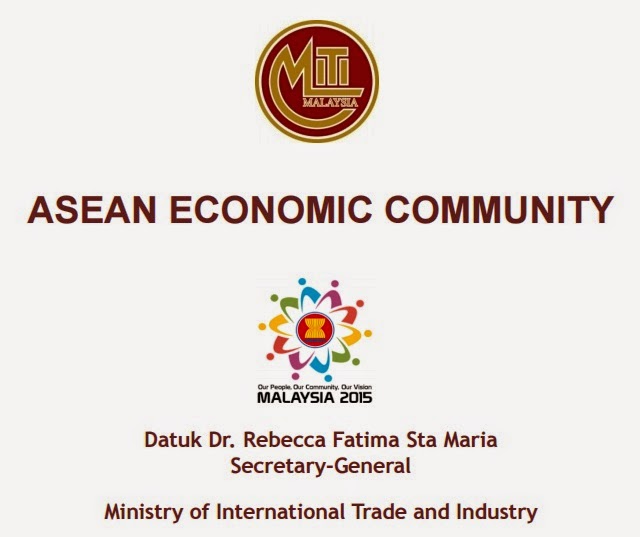 Ours is a huge region -- in population, GDP size, trade, investments and tourism. Even the 28-nations European Union would be envious of its population size and low or young average age. 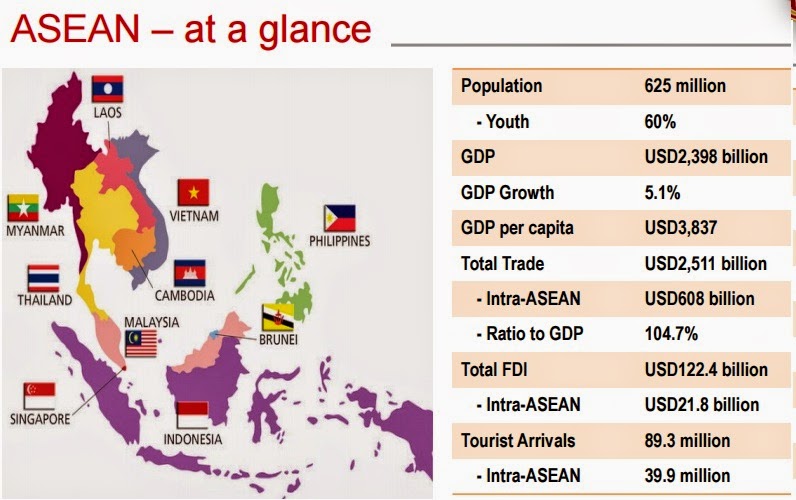 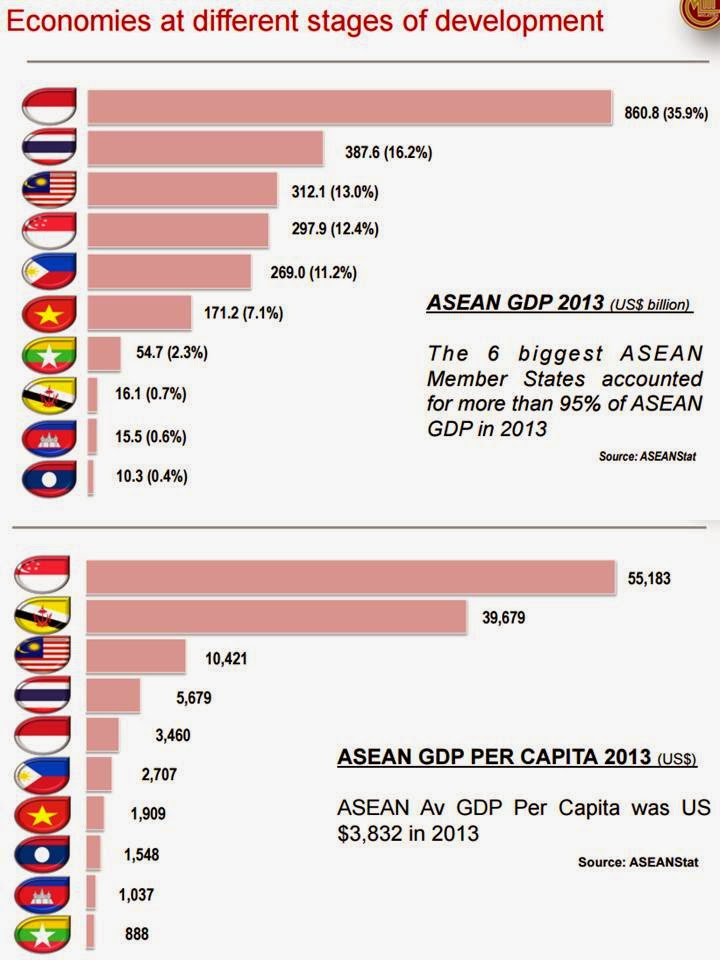 It is fascinating how a region with a huge discrepancy in wealth among members can have commonality on many issues. Like  the agreement to hasten trade liberalization, among themselves and outside the region.
Our combined regional population  is twice that  of the  US. Our GDP size, nominal values, is catching up with UK and France. In purchasing power parity (PPP) valuation of GDP, we could be #4 or even #3 largest worldwide. 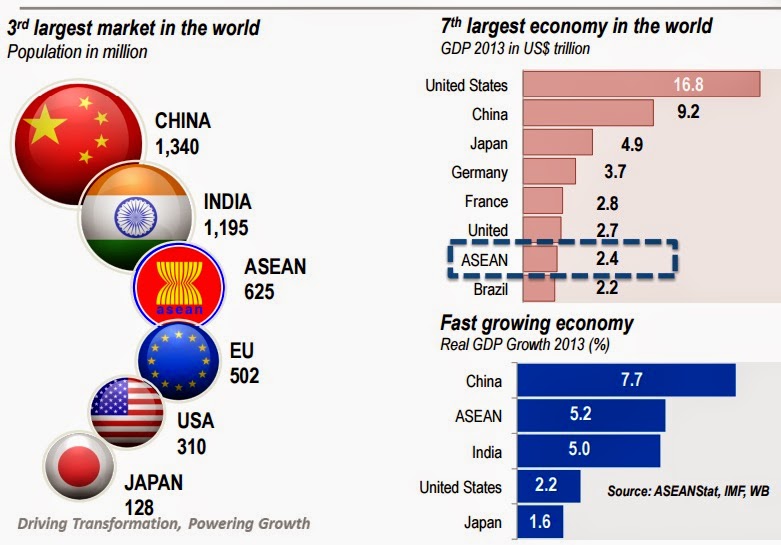 The journey towards economic  integration. 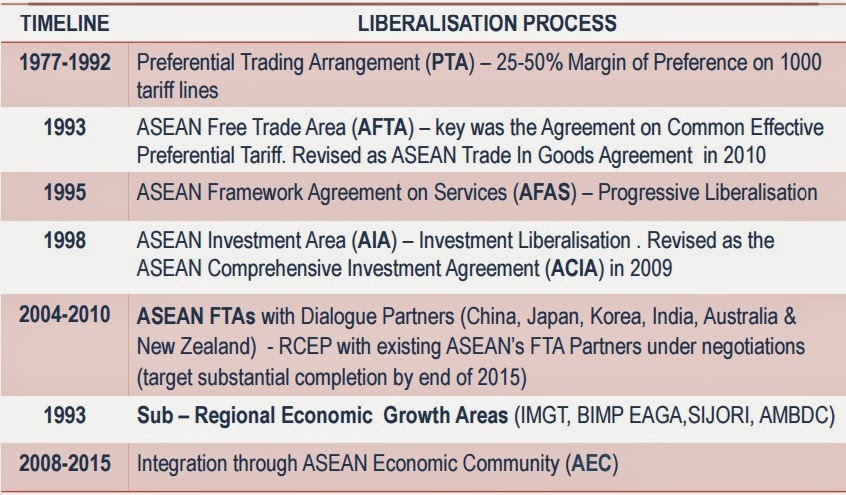 The most important aspects of the AEC for me, are free flow or mobility of goods, services (people) and investments. This is the essence of economic and individual freedom. 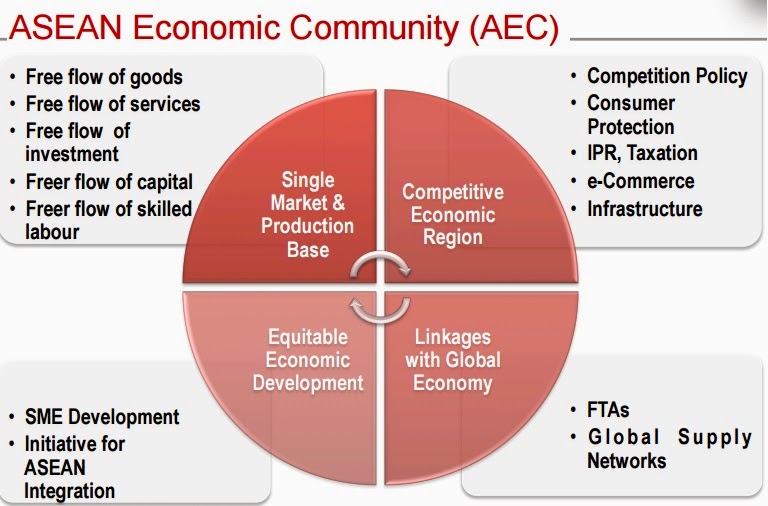 AEC should constantly aim to make it easier for entrepreneurs, professionals and workers to do business, to hire and be hired. 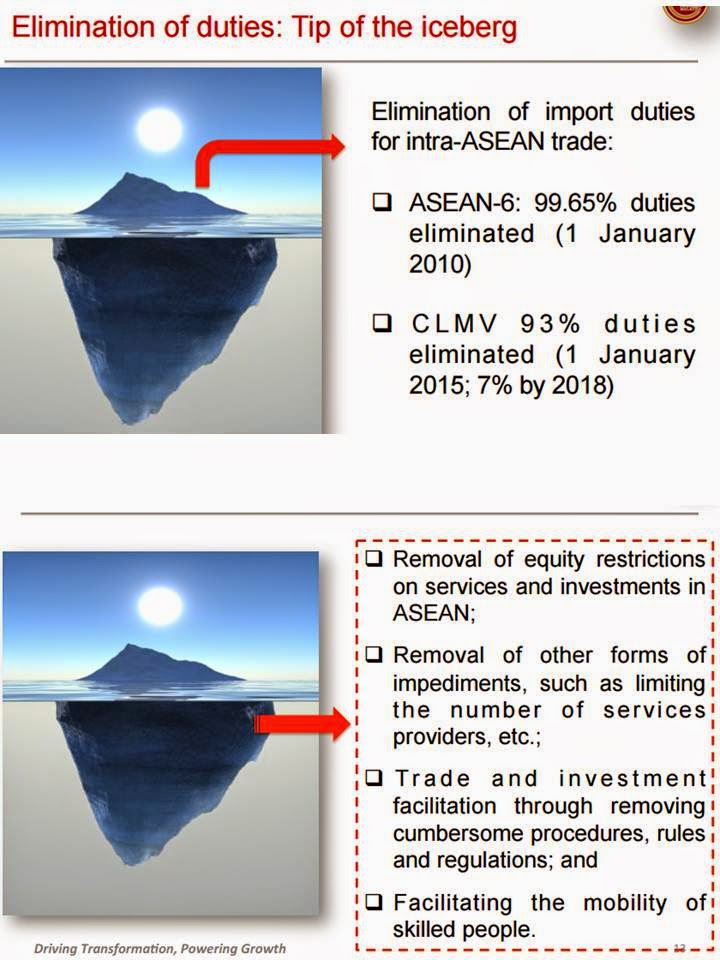 The guiding principle of AEC is continued and accelerated trade liberalization, of declining tariff leading to its abolition (zero tariff). 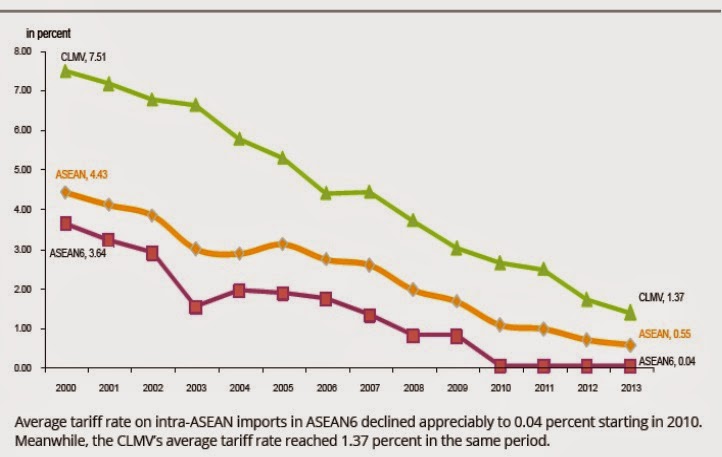 As it is impossible to convince everyone that there should be real free trade, some groups and sectors lobby for Non-Tariff Barriers (NTBs). Examples of NTBs in the ASEAN are (1) Import quotas, (2) Restrictions on import/distribution licensing agreements, and (3) Product regulatory standards.

The Philippines has quantitative restrictions (QRs) on rice imports until now, a jurassic policy which contribute to expensive rice in the PH compared to rice prices in  Thailand and Vietnam. Other countries impose sanitary and phyto-sanitary (SPS) measures that actually translate to import restrictions, if not outright import bans and prohibitions, due to certain sanitary and health reasons or alibi.

AEC intends to address or reduce these NTBs according to Dr. Sta. Maria, through:

* Adoption of regional and national level of NTM Work Programme
* Structure to resolve NTM cases faced by businesses
* Establishment of an interagency body at the national level in each Member State to strengthen coordination of domestic efforts to address NTM/NTBs. 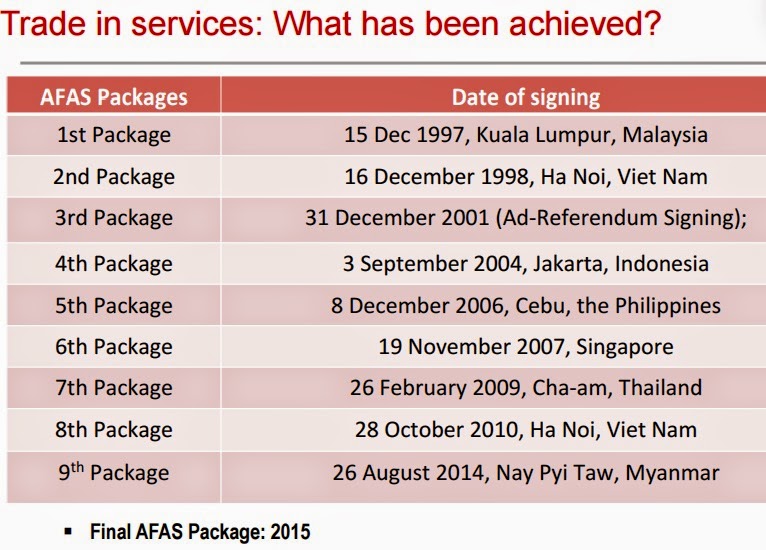 AEC is facilitating the movement of professionals and talents. The ASEAN Movement of Natural Persons (MNP) Agreement outlines the immigration formalities for the temporary entry or temporary stay of natural persons. It is limited though, to business visitors, intra-corporate transferees, and contractual service suppliers. And it does not cover permanent entry and unskilled labour. 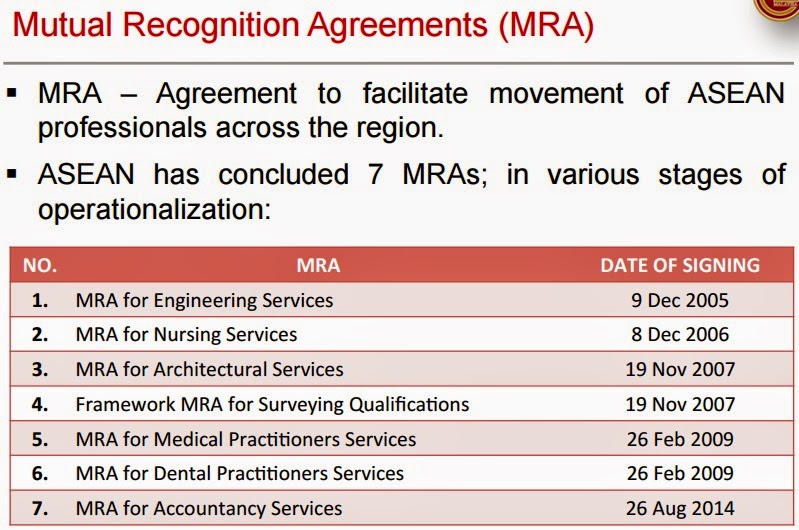 Investment: What has been Achieved?
* ASEAN Comprehensive Investment Agreement (ACIA) signed in February 2009, providing for Investment liberalization, protection, promotion and facilitation.
* ACIA will:
• benefit investors and their investments based in ASEAN;
• maintains and accords preferential treatment among ASEAN Member States; and
• preserves commitments made under the Framework Agreement on the ASEAN Investment Area (AIA) and the ASEAN Investment Guarantee Agreement (IGA).

There are still many involvement by governments in trade in the region. We are still from a real free trade as in freedom to trade, not permission to trade. But compared to other regions and  continents in the planet, South East Asian economies are more receptive, more open to free trade in the long term.