During the Philippine Economic Society (PES)  52nd conference last November 14, 2014, held at Intercon Hotel in Makati City, among the panel sessions was on "Economic Trade Integration."

One paper was An Analysis of the Evolving ASEAN-China Trade Linkages presented by Kevin Chua, (Shandong University, China), Ronald U Mendoza and Monica Melchor (Asian Institute of Management, Makati, PH).


The authors were asking if China and ASEAN are strategic partners or competitors, because while there is growing bilateral trade between the two, they  are  also competing in the exports of major goods to similar trade destinations.

They reviewed the trade statistics between  the two  and showed this -- different numbers reported  by different official sources. 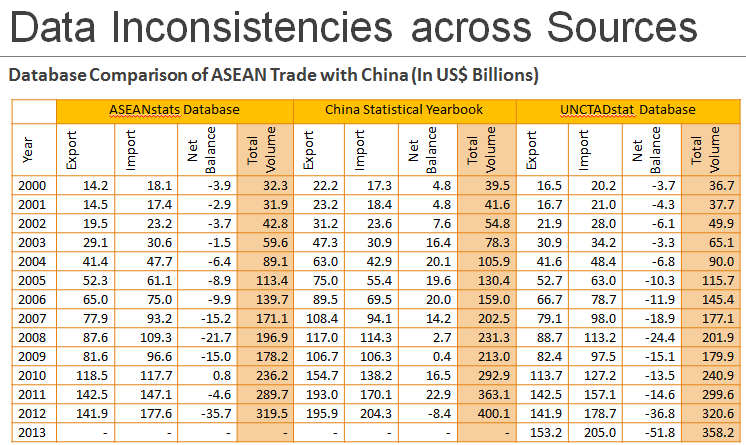 What could explain for  such discrepancies in numbers? The authors pointed to  three major causes:

* Hong Kong as trade entrepot:  Upon transiting Hong Kong, export goods are added value due to further processing or re-packing.
* Recording discrepancy:  Chinese goods are recorded as exports to an intermediary country because it is the last known destination by the exporters even if the goods are destined to a third country.
* Difference in valuation:  Refers to differences in values declared by Chinese customs at time of exportation and values declared to US customs at time of importation.

Plausible explanations, so they used the UNCTAD data, chart below. 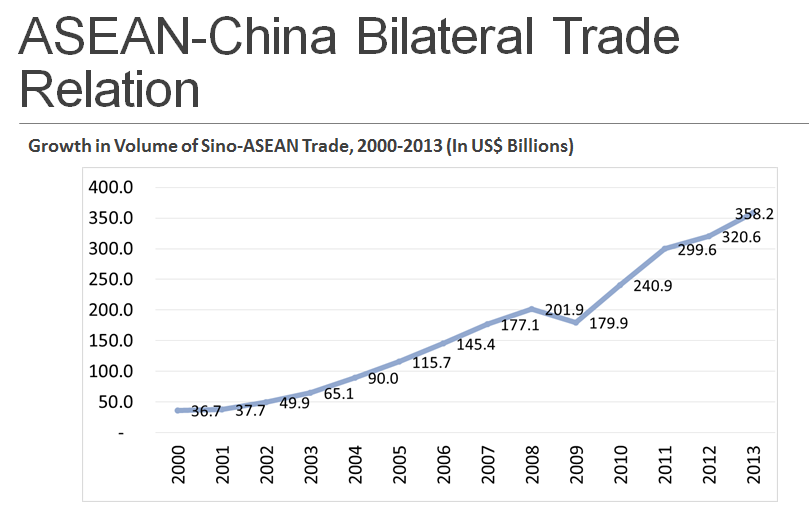 
ASEAN’s Total Imports and Exports with Major Trade Partners, 2013 (In US$ Billions; shares in parenthesis) 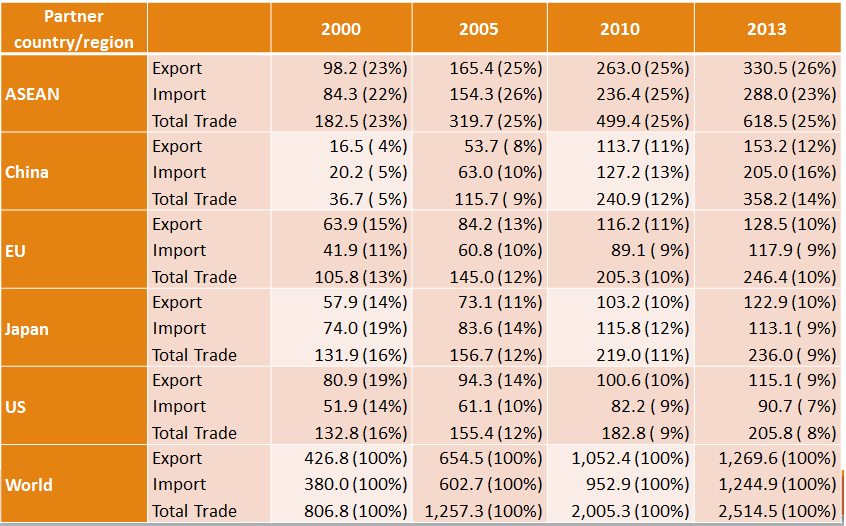 Differences and  diversity among ASEAN member economies also led to  diverse trade relations with China, and  other countries and continents. 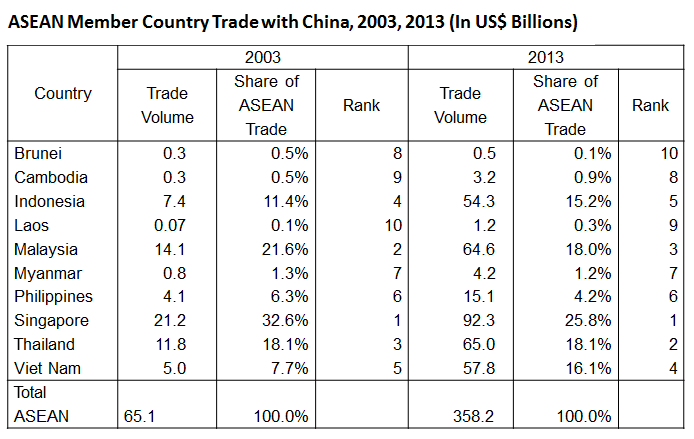 There is competition of course, between the two. The authors observed that "Comparing the trend of ASEAN’s and China’s share of US, EU and Japanese imports on specific product lines reveals (2000 vs. 2013 figures): (1) Electronic goods (excluding parts and components) and (2) Textile fibres, yarn, fabrics and clothing."

Then they showed the RCA between  the  two.

Many China-based companies, local or foreign, are thinking of relocating to SE Asia. Below are some important push  and  pull factors:


Pull factors for China-based firms to relocate to ASEAN, are
(1) ACFTA and the ASEAN trade blocc,  (2) Abundant commodities and resources,
(3) Relatively low cost, (4) Growth in consumption with relatively young population demographics, and (5) Production gap between China and ASEAN likely to decrease as regional infrastructure improves. 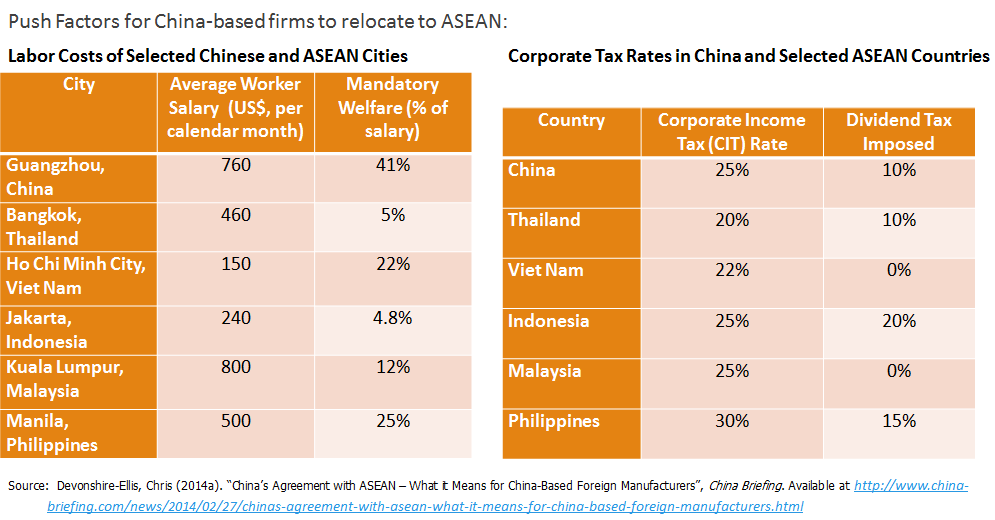 "1. Diversity among ASEAN economies leads to uneven relations between each country with China.

2. ASEAN as a whole benefits from its relation with China primarily since China offers itself as a huge market for ASEAN products. China has become ASEAN’s second largest trading partner.

3. The two regions are becoming more engaged, highlighted by the slow but sure emergence of an integrated regional supply chain.

4. Low-income ASEAN economies are benefitting in the shift of low-value manufacturing industries into their countries. The rest see a threat as China takes over production of high-value manufactures.

5. Strengthening the trade in parts and components is a way to improve trade complementarities.

6. Dealing with the realities of an advancing ASEAN-China economic integration means each country enhances its competitive advantages, finds a niche in the regional production chain, and manages the competition with its neighbor."

There. Despite continuing territorial and diplomatic disputes between the two, or at least some ASEAN countries vs China, trade between them is rising fast. Markets and people talk about money and jobs while governments talk about military spending and positioning.

And this proves once again that people, not governments, trade with each other. There should be more integration, both competition and complementarity, in trade and investments, tourism and people mobility, between China and ASEAN countries.
-----------